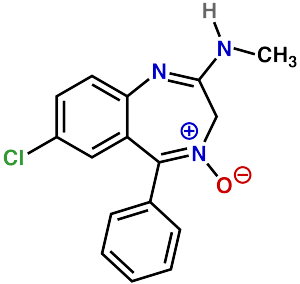 When prescribed right and taken as directed, benzodiazepines can allow someone struck by a sudden bout of anxiety to feel calm, at peace, or “mellow” enough to fall asleep. In the brain, these medications work to sedate and tranquilize by enhancing the inhibitory effects of gamma-amino butyric acid (GABA).

They assist GABA in inhibiting excitatory responses at the root of anxiety and panic. Versatile in their effects on the individual, Benzodiazepines (benzos) are classified in the Ashton Manual for application in a number of symptomatic situations:

How Benzodiazepines Can Help With Anxiety & Insomnia

Because benzodiazepines have amnesiac properties, they are applied in pre-operative situations prior to administering the anesthesia. Applied at high strength in this situation, and usually by needle, a benzodiazepine can cause the patient to forget most details of their operation when they revive.

For someone suddenly accosted by anxiety and attendant insomnia, Ativan is one of the benzodiazepines likely to be prescribed. Ativan works as part of a short-term regimen, given in small doses, between .5 – 2 grams. It is not ideal in the case of chronic or more debilitating anxiety issues. So after a 1 – 3 month period, the use of Ativan should be reassessed. This is not always the case.

Ativan and close relatives like Xanax and Valium, are often considered “light-weight” tranquilizers by therapists*2. In some ways the benzo prescription can be a wild card. It can take effect in ways that are dramatically different than expected. And most people who have experience with Ativan for anxiety recommend that others work closely with their doctors or psychiatrists early on to ensure getting the desired effect.

Like other benzodiazepines, Ativan can exhibit paradoxical effects. For example, instead of the expected peaceful behavior, the user might find him or herself getting irritable and have trouble sleeping. While Ativan is less unpredictable than some of its benzo relatives, studies still show differences in reactions that vary widely from one individual to the next.

Over longer periods of time, the effects of Ativan will most likely deteriorate, possibly to the point of causing:

At this point the brain has been altered and quitting abruptly is not recommended.

It’s Hard to Predict the Long-Term Effects, Even if Short-Term Is Good 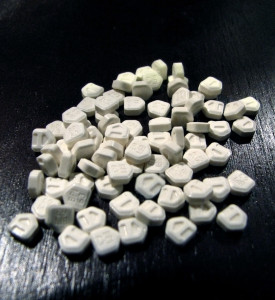 The wide variance between individuals makes it hard to pinpoint the exact trajectory of a relationship with Ativan. Some report being on Ativan for a year, or even years, and feeling no adverse effects – they built no tolerance and had only minor troubles withdrawing.

In other cases, the drug was prescribed short term and never hit its stride. The individual experienced paradoxical if not adverse effects, and they then went on to have trouble withdrawing. The typical scenario with all benzos, Ativan included, is that they are highly addictive over long periods when taken in high enough doses.

Most agree that despite the unpredictability of Ativan addiction, withdrawal from the drug is most definitely unpleasant. For instance, in a story archive at benzosupport.com *3, “Bill” reports his taper was extremely difficult after six months on 3 mg of Ativan.

And the benzo withdrawal – apart from being painful, uncomfortable or frightening – can also be dangerous.

Another Story, From “Rebecca”

“Rebecca,” reports that it also took her 6 months to break away from Ativan addiction.

“Over the past 6 months, I think the weirdest thing was how the withdrawal symptoms would unexpectedly change. One day I’d be shaky and have a rapid heartbeat, and the next day I’d have terrible back pain but no shakiness at all. I could never figure it out.”

According to Rebecca, because her doctor told her she had little hope of quitting benzodiazepines, Rebecca went with a plan of her own design, shaving off bits of her pills, and taking the diminished pills instead of whole pills, gradually shaving off more and more of the pills. “For those going through withdrawal I think my advice would be to take it as slow as possible.”

“Genie’s” Way of Getting Off Ativan

“Genie” reports tapering off with the use of Valium. In Genie’s story, she says she had no idea that Ativan could be addictive when she became addicted through illness. A thyroid problem was causing insomnia, and so her doctor prescribed Ativan to help her sleep.

When the same doctor later prescribed a larger dose, Genie assumed it was because of her worsening thyroid condition, not due to her growing tolerance (the precursor to addiction). As Genie tells it:

“I won’t say my Diazepam taper was a piece of cake, but it saved my life. I was able to recover from my other illnesses and to taper myself slowly off the Diazepam. And, I certainly went slowly. I used the 10 percent tapering method even to the very end. Many folks jump off .5 mg of Diazepam, as Ashton recommends, and have lots of symptoms. I jumped off of a 10th of that dose, namely .05 mg of Diazepam, and I only have a few lingering symptoms, mainly fatigue and sweating.” – From Benzo Support

The Best Ways to Detox From Ativan

The best advice for Ativan detoxification is staying close to a doctor’s advice and monitoring. There are numerous factors at play in this addiction. For example, the number of fat cells or brain cells a person has can impact how quickly they go through a drug cycle.

Secondly, the very young and the old, have trouble metabolizing the medications, and so doses can accumulate in their systems and have a multiplier effect. Thirdly, the same population, the very young and old, are more prone to adverse and paradoxical effects. In addition to variants between people, there are differences in the amount of time it takes the various benzos themselves to go through the system, measured in half-life, “the time taken for the blood concentration to fall to half its initial value after a single dose.”

Weaning Off of Ativan with Valium

Ativan is considered to have a “moderate” half-life of 10-20 hours, as compared to the short-lived Xanax or the longer-lasting Valium (Diazepam). Because it can remain so long in the system, Valium is often part of the weaning plan for Ativan addiction. The effects of Ativan have been compared to those of alcohol, and Valium is often used to assist alcohol withdrawal as well.

When checking into rehab, and Ativan is involved, ensure that the facility has medical detox. Many rehab facilities, such as American Addiction Centers, make sure to let people know that medical detox available*4.

The symptoms of long-term Ativan addiction can be diverse, long-reaching, and extremely difficult. Medical supervision, both in dosages and in monitoring symptoms can be life-saving. For example, in the case of suicidal ideation, a monitoring doctor can spot warning signs and bring in the right, benign medication at the right time, averting a tragedy.

Many drugs, in non-addictive proportions, are available to aid in the full separation from Ativan. But most who have kicked Ativan attribute their success to two things: brute determination and a good support system. The best news from those who have broken their Ativan addiction is that ultimately symptoms do subside and that, post-Ativan, life they live a much healthier, more energetic life.