Cocaine is a powerful stimulant that frequently linked to the “party lifestyle” because of its intense high. It is often considered to be an elite recreational drug. Cocaine is a highly addictive stimulant that is extracted from the leaves of the coca plant.

It is normally consumed in one of three ways; smoking, snorting, or injection. Cocaine directly affects the brain and the body’s dopamine receptors which are responsible for the body’s experience of pleasure.

Cocaine abuse creates a buildup of dopamine and results in an influx of pleasure which is a main contributor as to why cocaine is so addictive. There are many street names for the drug, including coke, crack, blow, nose candy and snow. Cocaine is also sometimes combined with alcohol (called a “Liquid Lady”) and sometimes mixed with heroin (called a “Speedball”).

According to the National Survey on Drug Use and Health (NSDUH) it is estimated that in 2008 there were 1.9 million current (past-month) cocaine users, of which approximately 359,000 were current crack users. Adults aged 18 to 25 years have a higher rate of current cocaine use than any other age group, with 1.5 percent of young adults reporting past month cocaine use [1].

How to Tell if a Person is Using Cocaine. As posted by: ehowhealth

Other statistics pertaining to cocaine addiction include:

Cocaine addiction is the psychological and emotional desire to continuously use cocaine. While there is no single cause to developing a cocaine addiction, there are multiple contributing factors. Cocaine is seen as a recreational drug, but it is highly addictive. Individuals can first begin to use cocaine because of peer pressure or curiosity. A person can also begin using the drug to try to self medicate a mood disorder such as depression, anxiety, bi-polar disorder, or eating disorders like anorexia or bulimia. Cocaine can also be used to alleviate emotional wounds or escape from the painful feelings of traumatic events such as sexual abuse or physical abuse. There are multiple reasons why people begin to use cocaine. Powerful feelings of euphoria and exhilaration are part of the reason why people become addicted to cocaine. These feelings will peak in 30 minutes and crash after an hour or two. They will also become addicted because of the chemical changes that affect the brain which produces intense cravings for cocaine. 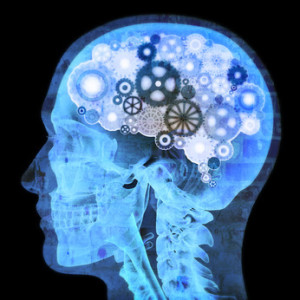 There is often a co-occurring nature to cocaine abuse. It is frequently used in conjunction with other drugs such as alcohol, heroin, marijuana or sedatives. Mixing these drugs with the cocaine greatly intensifies the high and thus contributes to increasing the addictive nature of cocaine.

Signs of Cocaine Use, Addiction and Dependence

A person abusing cocaine will exhibit one or several of the following characteristics:

There are several side effects caused by using and abusing cocaine. There are both emotional and physical consequences to coke abuse that occur after both short term and long term use. The physical results of using cocaine are very dangerous and include brain damage, seizures, heart attacks, and death. Other physical side effects include:

Psychological side effects of using cocaine are numerous as well. Prolonged use of cocaine can cause schizophrenia-like symptoms, paranoia, and the user can feel as if they have lost their mind. Since cocaine is highly addictive it can produce intense and immediate cravings for more cocaine thus aiding in quickly establishing an addiction. Other psychological side effects include:

The abuse of cocaine can have other side effects that go beyond the physical and psychological. There are relational side effects as well. Cocaine addiction can lead to ruined relationships and the loss of the user’s family. The drug addiction can also lead to a demise of financial resources, the termination of a job or career. Being addicted to cocaine can even lead to jail time. 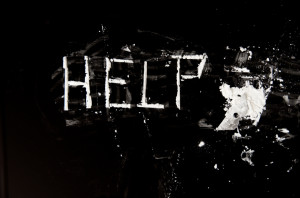 After a continued cycle of use and abuse, a person will become addicted to cocaine. When a man or woman discontinues abusing cocaine, the user will experience a withdrawal symptom called a “crash” or “come down”. There are a number of cocaine withdrawal symptoms such as exhaustion, anxiety, mood swings, insomnia, the intense craving for more cocaine and irritability just to name a few. Some people in withdrawal say they feel as if bugs were crawling underneath their skin; these sensations are commonly referred to as “coke bugs”.