Codeine falls under the category of narcotic medication and is used for treating pain that varies in intensity from minor to severe.  Codeine is a type of opiate derived from the opium poppy plant and is related to the drug heroin.  It is usually prescribed by doctors in the form of pills containing combinations of codeine and over-the-counter anesthetics, such as aspirin.  Common street names for this drug include ‘T-threes’, ‘Coties’, ‘Doors & Fours’, and ‘Schoolboy.’  Like other narcotic drugs, codeine can be addictive and habit-forming, and for this reason, a prescription is necessary in order to obtain products containing codeine.  Although prescription opiate abuse is increasing throughout the United States, the use of codeine may not be a likely drug of choice for an abuser, especially since there is access to stronger medications.  Codeine addiction is a serious problem however, and the resulting consequences of addiction to this drug can be detrimental. 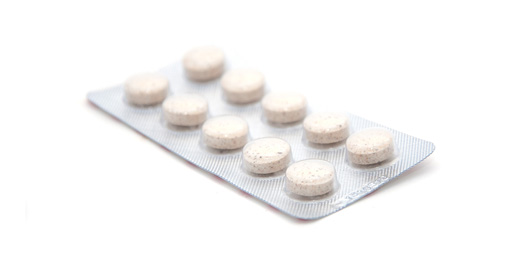 Addiction to codeine can have devastating effects, impacting a man or woman’s life physically, mentally, emotionally, spiritually, and socially.  By identifying and addressing the problem, you are taking the first step towards recovery and overcoming this.  If you or your loved one is able to seek professional help, you will have the support you need to deal with any complications that may have resulted from codeine addiction.  Having the support of a professional codeine treatment center and team can create the best possible scenario for overcoming an addiction to codeine and ultimately healing and recovery from within.

According to the Substance Abuse and Mental Health Services Administration’s National Survey on Drug Use and Health, approximately 23.5 million persons aged 12 or older require treatment for an illicit drug or alcohol problem in 2009.  In a treatment episode data set report, opiate abuse, including codeine, accounts for the largest percentage of drug-related admissions (approximately 20 percent)[1].  Other statistics regarding codeine addiction are as follows:

Codeine is typically prescribed for its pain relieving properties, and when taken as indicated, can be an effective medicinal treatment for pain management.  However, men and women who use it chronically or long-term may develop a physical dependence to the drug.  Other individuals may attempt to numb emotional or mental pain in addition to physical pain, and thus turn to it as an overall pain suppressant.

Men and women who are inclined to abuse drugs may have several factors contributing to the addictive nature.  Such influencing causes included biological, psychological, social, and environmental factors.  Biological causes would include a genetic influence or a disruption in normal body mechanisms.  Psychological factors would include unresolved traumas or distressing situations that been coped with insufficiently.  Examples of social causes include influences from peers or having family members who are addicted.  Finally, environmental factors include homelessness or inadequate food or medical treatment.

Signs and Symptoms of Codeine Addiction

Since codeine is a member of the opiate drug class, it has similar morphine-like effects on the body, including an impaired emotional response to pain and long-term impacts on the way the nervous system functions.  It has many side effects that can impact an abuser in several ways, including but not limited to their physical well-being, mentality, and relationships.

Physical Consequences of Codeine abuse may include the following:

Mental / Psychological effects that may result from a codeine addiction include:

Social / Relational damages from addiction may be observed in the following ways:

Men and women who have become physically dependent on the drug or who are addicted to this medication may experience unpleasant effects upon discontinued use.  While most symptoms may pass within a few days, it may take duration of months before feeling physically normal again.  Codeine withdrawal effects include the following:

Other Articles About Codeine