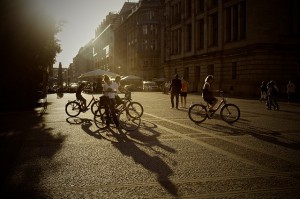 Ketamine is a dissociative anesthetic, so called because it distorts perceptions of sight and sound and produces feelings of detachment from the environment and self. It is most often used as an anesthetic on animals. Ketamine was placed on the list of controlled substances in the US in 1999.

Also in high doses, according to the National Institute on Drug Abuse, it can cause:

Users can experience an effect referred to as “K-Hole,” an “out of body” or “near-death” experience at high doses.

There have been reports of people binging on ketamine, a behavior that is similar to that seen in some cocaine- or amphetamine-dependent individuals. Ketamine users can develop signs of tolerance and cravings for the drug.

Ketamine is a very dangerous drug and can cause short- and long-term effects in addition to those previously mentioned. It can also cause increased heart rate and blood pressure, nausea, vomiting, numbness, depression, and potentially fatal respiratory problems.

On college campuses, Ketamine is known as a “Club Drug” because of its hallucinogenic effects. It distorts perceptions of sight and sound and makes the user feel disconnected and not in control. Ketamine can induce a state of sedation, feeling calm and relaxed, immobility, relief from pain, and amnesia. (drugabuse.gov)

It is used in powdered or liquid form. It can be injected, consumed in drinks, snorted, or added to joints or cigarettes. Due to the detached, dreamlike state it creates, where the user finds it difficult to move, ketamine has been used as a “date-rape” drug (drugfreeworld.org). It is one of the most common date- rape drugs used on college campuses.

It is hard to know the actual prevalence of ketamine usage as a date rape drug, because a majority of date rapes go unreported. Therefore, the statistics and reports of drugs such as GHB, Rohypnol or Ketamine are often inaccurate.

Ketamine is Difficult to Aquire

Ketamine still remains one of the lesser-used drugs on the college campus, though that doesn’t lessen its dangerous effects in any way. This drug is difficult to acquire, being that it is used most in veterinary practice, which would require stealing the product.

According to the DEA2, a major U.S. source of illicit ketamine arrives across the border from Mexico.

Even though Ketamine is hard to get it into the hand of students, it still finds its way there and we still need to take the matter very seriously. Just like most other drugs, Ketamine has addictive properties that have the potential to destroy and devastate lives.