Why Teens are at Risk 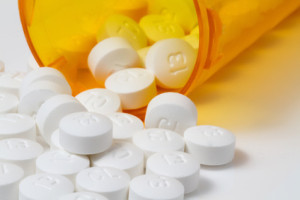 One of the most active developmental stages of life are the teen years; during these years teens experience tremendous changes in hormones, physical development, and brain expansion. Some teenagers may find that they are so overwhelmed by daily tasks that their ability to function is compromised.

How Are Teens Getting Benzos?

These teens may be prescribed benzodiazepines by their physician to help them cope with the overpowering stress they face. Unfortunately, some teens take more than prescribed by the physician, mix benzos with other drugs or alcohol, or obtain these prescription pills from a friend or family member.

Taken in a way different from that which the prescriber intended or for another purpose – such as getting high – constitutes prescription drug abuse, and it is quickly becoming an epidemic among teens. Research indicates that about 2,000 teenagers abuse prescription drugs for the first time each day in the United States [1].

Benzos Are Not For Prolonged Use

While most people assume that experimenting with drugs or alcohol is a normal rite of passage for teenagers, many prescription medications, such as benzodiazepines, are extraordinarily addictive and require treatment if abused for long periods of time. In fact, benzos are intended only as a short-term relief of disorders such as anxiety or insomnia, and not meant to be taken longer than two to four weeks.

What is especially troubling is that many teens who abuse benzos may be doing more to themselves than relieving stress or getting high – prolonged benzodiazepine use may lead to damage in the brain and central nervous system of the body. To learn all about Benzodiazepine and its effects click here.

The teen brain goes through a tremendous amount of changes in a relatively short period of time, in fact, the teen brain does not fully mature until the early 20s. The prefrontal cortex is the part of the brain responsible for weighing outcomes, making decisions, exhibiting proper judgment, and controlling impulses and emotions is slightly immature in teens.

However, the nucleus accumbens, the area of the brain that seeks reward and pleasure is fairly well-developed. This combination of an immature prefrontal cortex and a heightened need for reward drives much of the stereotypical teenage behavior, such as engaging in risky behaviors like abusing benzos.

Benzodiazepines provide their mechanism of action by tapping into the communication system of the brain and inhibiting the ways in which nerve cells normally work, including how they:

All addictive drugs affect the reward system of the brain – already heightened in teenagers – by releasing the neurotransmitter dopamine for a certain period of time.

The Different Types of Benzodiazepines

Benzos may be short or long-acting; the shorter-acting the drug, the greater the addiction potential, as teens may use more of the drugs to sustain feelings of intoxication. Due to the flood of neurotransmitters into the brain, the body stops producing naturally-occurring dopamine, and some of these neurons – depending upon the type of drug – may die.

Benzos, over time and with repeated use, change the structure and function of the brain. This is why seeking treatment for benzodiazepine abuse is so critical in this stage. Benzo abuse in teens is particularly worrisome as the teen brain and body are in massive flux, which may lead to long-term, unforeseen effects in the brains of teens who abuse them.

The Effects of Taking Benzos

Benzodiazepine abuse induces feelings of relaxation and positivity while impairing short-term memory loss and increasing confusion, which may, with protracted abuse, be permanent.

If a teen has been regularly abusing benzodiazepines for a long period of time, his or her brain comes to rely upon the regular influx of benzodiazepines.

The Truth About Prescription Abuse

Unfortunately, benzodiazepines are rarely the sole drug of choice – many teens who abuse benzos use the relatively mild-acting drug as a means to augment intoxication from another drug. Many teens mix benzodiazepines with central nervous system depressants such as opioids or alcohol to enhance feelings of intoxication.

Others may use benzos as a way to supersede side effects from stimulants such as Adderall, cocaine, or methamphetamines. This practice of polydrug abuse can quickly lead to negative consequences including overdose and death.

The flagrant evolution of prescription drug abuse among teens and adults is a growing, wide-spread public health crisis; one that will worsen as teens age and the long-term effects of prolonged benzo abuse become increasingly evident. It’s likely that prolonged benzo abuse as a teenager will dramatically affect the ways in which the teen processes emotions, exercise judgment, and controls his or her impulses in the future, which in turn will affect the future adult population.

“Benzos and Teenagers: How do Benzos Impact the Developing Brain of Teenagers?” was contributed by Rebound clinical team member Lauren N. Hardy, MA.

Rebound Behavioral Health is nestled into a peaceful wooded estate, providing the most scientifically-validated forms of treatment for those struggling with drug abuse, addiction, and mental health disorders. Rebound believes that each client we treat should steer their own recovery and we work hard to empower our clients to take an active role in their recovery journey and inspire lasting success.

Published on April 10, 2014
Reviewed and Updated by Jacquelyn Ekern, MS, LPC on January 6, 2021
Published on AddictionHope.com