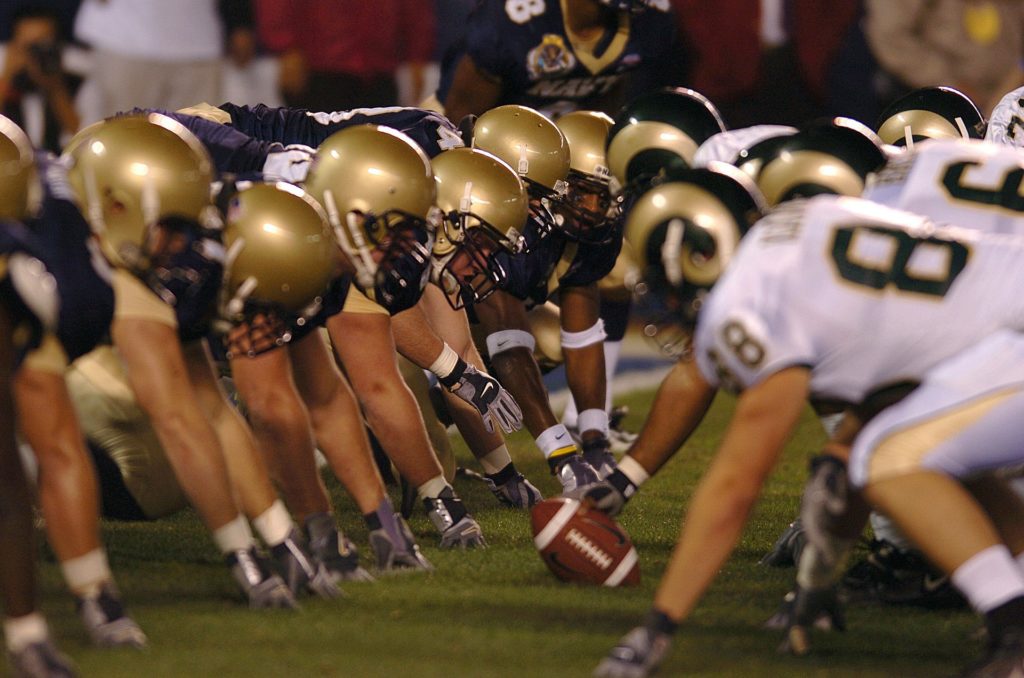 According to a survey conducted by ESPN, which looked at the 226 player’s cannabis usage, 22% of players reported knowing that a teammate used marijuana prior to a game [1].

Typically NFL players are not drug tested weekly, and those that are not in NFL are typically only tested yearly and are aware of when that testing will be [1].

According to this survey, 67% of players feel that it is not hard to ‘beat the NFL system’ for drug testing [1, 6]. 71% of players also reported feeling that cannabis should be legal in all states, which currently is only legal in 4: Colorado, Washington, Alaska, and Oregon [1]. Of these for legalized states, only 2 have an NFL team.

Legislation Allowing the Use of Medical Marijuana

28 states have passed legislation allowing the use of medical marijuana, and in 6 of those 28 states, they have also allowed recreational use of cannabis as well. In October 2016, a Gallup Poll revealed that 60% of Americans support federal legislation [2, 6].

The NFL however is wanting definitive scientific evidence, and views marijuana in the same classification as heroin and cocaine [2, 3]. In November, the NFL Players Association reported that it would study the methods for chronic pain relief with players when injured, to include marijuana [2].

Realm of Caring partnered with John Hopkins University to commission two studies, one for current NFL players and the other for former NFL players [3].

Former Raven offensive player Eugene Monroe is a vocal advocate of marijuana and financial backer of Realm for Caring to help with the study.

Currently the current NFL study is underway, but there have been no clinical trials to date to study and understand dosage, potential for abuse by players, or the types of pain cannabis would be most effective at treating [3].

One of the principal researches stated that it could take up to a year to get a better understanding of the drugs pain-relief potential, and it is not available to do on current NFL players because it is banned by the NFL [3].

NFL Players Impacted By Marijuana Use

Increasing Prevalence of Cannabis Use in the NFL can be seen among players within the sport. Nate Jackson, pass-catcher with the Broncos from 2003-2008, suffered numerous injuries to his tibia, dislocated shoulders, misaligned clavicle.

He suffered head and neck trauma, tore both hamstrings and groin from the bone [2]. After each injury, he reported, he was prescribed an increasing amount of pain medications.

He stated that besides pills, he was given injections for his feet knees, shoulders, and hamstrings, and received a Toradol shot before every game to be able to play [2].

There is intense pressure to return to play within the NFL after an injury, despite the level of injury. Many former players have come out with stories of teammates buying additional opioids from outside physicians or other teammates to keep playing [2].

A federal lawsuit was filed against the NFL that several teams had threatened to cut players unless they took painkillers to return to the field [2].

Increasing prevalence of cannabis use in the NFL can be seen in more recent studies. A study in 2011 found that 71% of retired NFL players who reported using opioids during their career admitted to having some form of addiction [2].  This study, which was conducted by Washington University, St. Louis, also found that retired NFL players abuse opioids at a rate that is four times higher than that of the general population [2].

In 2014, the Center for Disease Control and Prevention hit a record of 28, 647 for the most Americans who died from opioid or heroin overdose in their history [2]. Many advocates for cannabis use within the NFL see it as a pain-relief option with little side effects.

In 2016, the NFL Network surveyed 10 NFL owners and asked them their views on marijuana use for players [3].  The majority supported the use of marijuana and regulations that would make it more difficult for players to be suspended.

Two other respondents said they were open to getting rid of marijuana-related suspensions and only issuing fines.  Two additional others stated concern about sending the message that drug use is tolerated, and felt suspensions should remain intact.

Currently NFL players who are not in the league’s substance abuse program, are tested for marijuana between mid-April and early August [5]. 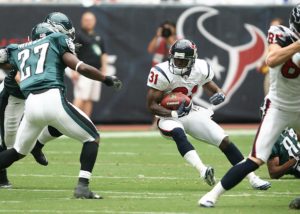 In conclusion, the NFL holds firm on zero tolerance policy for cannabis use. Even though many former players are advocates and publicly vocal about the use of marijuana for pain relief and management within the NFL, there are few clinical studies to look at the effect of marijuana on the body, especially in elite sports.