This entry was posted in Substance Abuse on February 20, 2014 by Platinum. 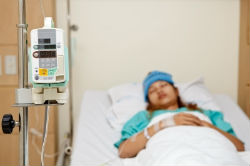 As one of the most highly addictive drugs, cocaine wreaks havoc on the mind and body, even if only used once.  More commonly known as “Crack”, “Charlie”, “Coke”, “Snow”, or “Bump”, cocaine is one of the most powerful nervous system stimulants and dangerous streets drugs.  While cocaine is touted as the “caviar of street drugs”, largely in part due to its heavy use among celebrities and prominent figures, it is not without several life-threatening consequences.

When used as a drug of choice, cocaine is generally smoked, injected, or snorted.  Cocaine rapidly enters the bloodstream regardless of how it is ingested, quickly traveling to the brain, which induces the sensation of feeling “high”.  This euphoric feeling often translates into a sensation of supremacy, increased energy and alertness, and an elevated mood.  While the immediate effects of consuming cocaine wear off in a short period of time, the physical consequences of this addictive drug have a much more lasting effect.

While cocaine induces a forceful high by acting on the brain, it is also affecting the entire body as it is dispersed throughout the blood stream.  The use of cocaine involves major health risk factors, including cardiac arrest and heart attack, seizures, permanent lung damage, gastrointestinal disorders, and kidney failure.  These symptoms can occur upon one time use of the drug and even in young, healthy adolescents/adults without pre-existing disease.

In learning more about the dangers associated with cocaine use and abuse, research is understanding just how hazardous this drug can be to the human body.  A recent study completed by a team of researchers at the University Of Maryland School Of Medicine found that individuals who snort cocaine may be at an increased risk of stroke by up to 700 percent [1].  Researchers examined information from over 1,000 participants who were between the ages of 15 and 49.  All of these individuals had experienced a stroke between the years of 1991 and 2008.  The research team had found that among the participants, nearly one-fourth had taken cocaine in the past.

In regards to the study, researcher Dr. Cheng noted, “Cocaine use is one of the risk factors we investigated and we were surprised at how strong an association there is between cocaine and stroke risk in young adults.  We found that cocaine use is much higher than some other stroke risk factors, such as diabetes, high blood pressure and smoking.”

The findings from this study are significant as they reveal the potentially debilitating consequences resulting from cocaine use.  This information can also be helpful to health professionals, who encounter young stroke patients, as toxicology screenings can be helpful in finding if cocaine may have contributed to the problem.

Addiction to cocaine is a vicious cycle that requires the assistance of a professional treatment team to overcome.  The health risks associated with cocaine use and abuse can be devastating, and the more this drug is used, the worse the effects can become.  If you or a loved one is addicted to cocaine, find a health professional today who can help you towards recovery.

[1]: “Cocaine may increase stroke risk within 24 hours of use.”  American Heart Association, http://newsroom.heart.org/news/cocaine-may-increase-stroke-risk-within-24-hours-of-use?preview=b167