advertisement
This entry was posted in Substance Abuse on February 10, 2014 by Platinum. 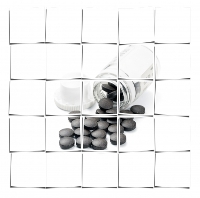 In the past when most people heard the term “bath salts” they thought of taking a nice relaxing bath with Epson salts. However, a new designer drug created in makeshift, illegal, laboratories called “bath salts” is making its way into the general lexicon and stunning people throughout the world. Today the term “bath salts” is being associated with a drug so powerful, it causes rampant paranoia and extreme violence in men and women in the U.S. and worldwide. One quick search of the term pulls up videos of individuals actually attacking one another – a particularly gruesome video caught a man in Miami eating the face of an innocent homeless man.

Bath Salts, also called Blizzard, Ivory Wave, Ocean Burst, Vanilla Sky, and White Lightning, are synthetic stimulants that contain drugs that are similar to methamphetamines and MDMA. They can be mixed with food or drink and ingested, snorted, or diluted in water and injected. First created in the 1920’s, bath salts had largely been forgotten about until underground chemists rediscovered the chemical composition and began to create the drug. While some of the chemicals used to make bath salts are illegal, there are still some legal components. In fact, bath salts were once available for purchase at gas stations and head shops across the United States. It wasn’t until 2012 that possession, usage, and distribution of the chemicals required to make bath salts became illegal. Unfortunately, as the laws change, so does the chemical composition of bath salts, which can make it even more challenging for medical professionals to treat individuals who are suffering from the effects of using these drugs.

What Are The Effects of Bath Salts?

Although the chemical formula for bath salts has been around for close to a century, since these drugs haven’t gained popularity until the past few years, the longer-term effects of bath salts are not precisely known or well understood. As the chemical composition of bath salts varies tremendously from batch to batch, the effects can be difficult to generalize. Bath salts have been likened to the feelings of using far more potent and powerful crystal methamphetamine, which can quickly lead to psychosis. Like most addictive drugs, it’s been widely stated that the effects upon the central nervous system keep a user of bath salts wanting more at higher doses, causing us to believe that the drug is, indeed, addictive.

What’s most shocking about bath salts is their re-emergence in 2009 after a century of obscurity and how quickly people have begun to abuse the drug. Between 2011 and 2012, the number of people who called Poison Control about bath salts increased by twenty times. While bath salts may never become an epidemic, the dangers of these designer drugs are something that everyone should be aware.

“What Are Bath Salts?” was contributed by Blue Ridge Mountain Recovery Center clinical team member Lauren N. Hardy, MA. With several years of experience in the treatment field, as a research analyst at Vanderbilt University and with a masters in counseling psychology, Lauren provides a professional insight to addiction and the craze around “Bath Salts”.

*Image courtesy of KEKO64 by freedigitalphotos.net