This entry was posted in Substance Abuse and tagged Adolescents, Alcohol Abuse and Addiction, Mental Health on December 2, 2016 by Jacquelyn Ekern, MS, LPC.

Opioid overdoses have nearly tripled among kids, teens and children under 10 the highest rate of painkiller poisonings were Oxycontin, Percocet or Vicodin. For children aged 1-4, the number of poisonings increased to 205% from 1997-2012 and for teens aged 15-19 the increase was 176% [1].

In 2014 more people died from drug overdoses than any other year on record within the United States. The majority of overdose deaths (6 out of every 10) involved an opioid. Since 1999 the number of overdose deaths has nearly quadrupled for those abusing prescription opioid pain relievers and heroin [6].

Overview of Research Findings on Overdosing

Julie Gaither, a researcher in biostatistics at Yale School of Medicine studied data for children’ hospitals from 1197-2012 and was taken at 3 year intervals. The researchers examined more than 13,000 hospital discharge records for opioid poisonings and utilizing census date to see how common pediatric opioid overdoses are. 1% of the children analyzed died during hospitalization. 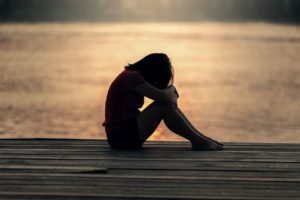 The study discovered during this long term study that 35% of patients were boys in 1997 but by 2012 that had increased to 47%. 74% were also Caucasian and covered with a private insurance. The researchers also studied looked at why the poisonings occurred and they found 16 cases that were suicide or self inflicted injury among children younger than 10 and those aged 10-14 the rate rose to 37% and for aged 15-19 the rate increased to 140% [1]

Overall, researchers found that the number of children hospitalized due to opioid poisoning almost doubled during the 16 year study, showing 1.40 per 100,000 kids to 3.71 per 100.000. It is speculated by the researchers that youth are finding their caretakers or parents medicine and taking it due to thinking it is a candy or treat [2].

What Puts Adolescents at Risk

Adolescents are at the highest risk for overdosing on their own or parents medications. This is the population who are most likely to get hospitalized for opioid poisoning and are more likely to do so deliberately. This could be due to mental health concerns of depression, substance abuse, anxiety and possible trauma. In 2012 10.17 per 100,000 teens were hospitalized for opioid poisoning [2].

According to Sharon Levy at Boston’s Children’s Hospital Substance Abuse Program, opioids cause respiratory suppression and if a 30lb person takes medication prescribed for a 150lb person it can have serious health consequences.

Approximately 1 out of every 10 high school students reports having taken opioids for a non-medical reason and about 40% report they obtained the drug through their own prior prescription. According to the American Academy of Pediatrics, the rate of teens being prescribed opioids almost doubled from 1990s to 2000s, allowing teens to have quicker and more accessible access to these drugs [2].

In 2014 it was estimated that 28,000 teens had used heroin in the past year and 16,000 were current users. Teens and adults often share or sell their unused pain relievers unaware of the danger os mondial opioid use [3].

According to a survey conducted by Q Market Research of Minnesota and Hazleden Betty Ford found that 16% of teens said they had used pain pills not prescribed to them at some point in their life and young adults reported that opioids are easy to get.

37% reported that prescription pain pills are easy to acquire with half stating that it could be obtained within 24 hours reporting that they could get it from parents or friends medicine cabinets. Even with education on opioid poisonings and dangers, many young people do not realize how similar prescription medications are to heroin.

According to the study, 86% know that pain medications are additive, but 60% reported that they felt prescription pain medication was less risky than heroin. 37% reported that if they or a friend were overdosed they would not know where to go for help. This number was the same regardless of educational background [4].

On any average day in the United States, more than 650,000 opioid prescriptions are dispensed and 3,900 people use opioids for non medicinal use [5]. While actions to address prescription opioid abuse must target both prescribers and high-risk patients, prescribers are the gatekeepers for preventing inappropriate access and providing appropriate pain treatment.

Under the Obama Administration, overdose reduction and provider education on use of opioids have been a priority. The FY 2017 President’s Budget request includes $80 million to support CDC guidelines among providers and ongoing support to all 50 States and D/C/ through CDC’s Prescription Drug Overdose Activities [6].

Education can begin with students, faculty, and community members on types of opioids, dangers of use and overuse as well as resources within local communities that can provide assistance in treatment, recovery, and overdosing. 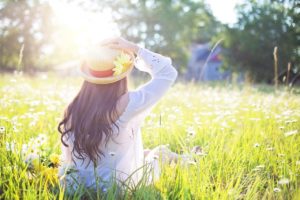 Curriculum that is focused on addictions, especially in medical, pharmaceutical, and dental schools for professionals to be able to identify and refer appropriately.

Curriculum in schools, such as Overdose Linline, Inc in statewide Indiana Middle and High Schools had developed the “This is (Not) About Drugs: educational program to help educate students about the risks of prescription pain medicine and heroin use as well as provide alternatives to using drugs and alcohol in dealing with peer issues and stress [7].

Increasing more cautious medicinal prescribing and screenings by student health centers and youth centered medical facilities can help reduce the availability of opioids among youth [4]. Taking precautions in our communities, schools, and medical facilities can help reduce the risk of access and overdosing among kids and teens.