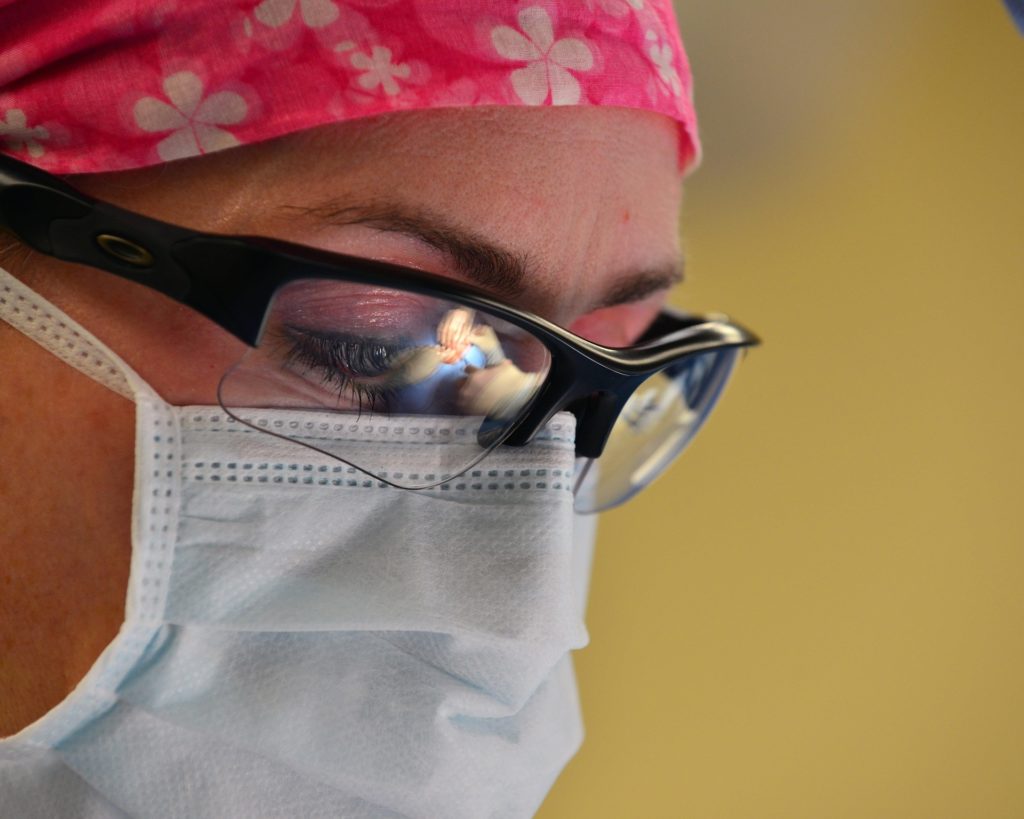 Opioid overdoses are increasing again [1]. Nonfatal opioid overdoses treated in the emergency department at VCU in Richmond increased from 102 between March and June 2019 to 227 in 2020. That’s an increase of 123%. The opioid overdose increase occurred when the academic emergency room was experiencing a low number of visits. O.D.s increasing in COVID-19 is not just a problem for Richmond, Virginia, and VCU.

As the COVID-19 global pandemic continues, so does the nation’s opioid epidemic. The AMA is very concerned by an increasing number of reports from national, state, and local media suggesting recent increases in opioid-related mortality—particularly from illicitly manufactured fentanyl and fentanyl analogs. Forty U.S. states have already reported increases in opioid-related mortality [2]. Many of those who have overdose once overdose again and again.

Public Health initiatives to reduce overdose have focused on Narcan rescue, followed by efforts to engage and maintain patients in evidence-based treatments following nonfatal overdose [3]. Overdose deaths have been increasing during COVID-19.

One reason for the recent increases in overdose is the supply of heroin and mixing heroin with fentanyl. Another reason is that heroin has been almost totally replaced with fentanyl in many cities.

Accidental overdose also is reported when supply changes or dealers change, or they miscalculate and overdose. Others overdose to die, end their lives, or think they might die or might not wake up and use anyway.

What happens after an overdose depends upon Narcan availability, EMTs, E.D.s, and use. Assuming that the person survives the opioid overdose, one initial pathway would be an intervention in the emergency department, counseling, training of friends and loved ones on the use of Narcan, and initial treatment with an opioid agonist MAT like buprenorphine or buprenorphine plus naloxone [4].

Even such treatment does not mean that the patient is cured or not at high risk of overdosing or other consequences. In one study by Hser and colleagues, [5] the treatment completion rate was 74% for methadone versus 46% for buprenorphine at 24 weeks. With BUP, the completion rate increased linearly with higher doses, reaching 60% with 30-32 mg/day.

Of those remaining in treatment, positive opioid urine results were significantly lower, but opioid use and other drug use continued in this short-term treatment trials. Longer duration of therapy is associated with better outcomes.

Physicians are encouraged to prevent and treat opioid-use disorders (OUDs), but patients with OUD do not generally listen to or follow medical advice. Treatment for OUD is limited by poor adherence to MATs and other therapeutic recommendations.

Clinicians and those treating patients with OUDs are concerned about both the high drop out rates, risks of relapse, and overdose for a very long time after leaving treatment [6]. Treatment with methadone and buprenorphine has the additional risk of diversion and misuse of medication.

We [7] have provided a brief review of the three primary medications used in the treatment of OUD. All three are safe and effective, but a significant number of rescued overdose patients refuse MATs or even the emergency rescue to buprenorphine pathway. 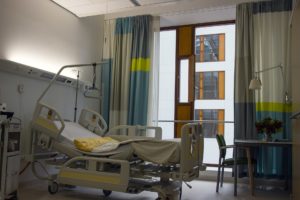 Although there are three FDA-Food and Drug Administration-approved medications to treat OUD (methadone, buprenorphine, and naltrexone) and ample evidence of their efficacy, they are not used as they should be. Additionally, of the physicians and providers trained and who are willing and able to prescribe buprenorphine, they do not treat many patients [8].

Some leave the E.D. against medical advice, and some do that and thank the first responders and E.D. staff and leave. Since opioid use disorder is not treated by Narcan overdose reversal, leaving and not beginning treatment puts them in the risk group of the accidental overdoses. But, rarely have researchers looked at what happens after a person with OUD, who has been successfully rescued over a month or a year.

Drug-related mortality is a continuing public health crisis. Drug overdose deaths increased by 225% between 1999 and 2015 alone. The first phase of the overdose epidemic has been described as prescription opioid drug use and overdose epidemic. This phase was followed by a switch to heroin use, followed shortly after a heroin overdose crisis.

Fentanyl was added to the illicit opioid drug supply, and this trend has continued. Studying the risk of death in the year following emergency care for a drug overdose has been poorly studied. This new Columbia University study [9] compares the 12-month incidence of a fatal drug overdose, suicide, and other mortality among nonfatal opioid overdose emergency department patients.

Even natural causes, deaths are also increased with mortality rates per 100,000 of 8,058 (opioid overdose patients). Overdose and rescue should be considered evidence enough for a complete medical and psychiatric evaluation and intervention and integration into MAT addiction treatment and recovery programs.

These critical and new findings are published in the American Journal of Preventive Medicine [10]. They provide additional support for interventions that reduce suicide and overdose risk that can be implemented for all patients when patients come to the emergency department for an overdose or suicide. 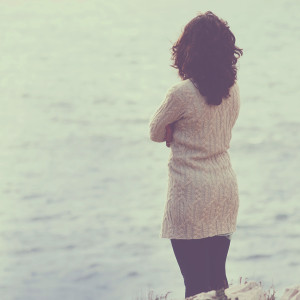 Risk factors for overdose include a history of opioid misuse or addiction [12] and treatment with opioids for pain. Pain patients have been given high doses of opioids, have been given prescriptions, or take benzodiazepines. Also, increased pain medications opioid mortality is reported in people who are middle-aged and have substance misuse or dependence history and psychiatric comorbidities.

Suicides are probably undercounted or frequently misclassified in reports of opioid-related poisoning deaths. Greater understanding and better assessment are needed for the risk associated with suicide risk in patients with pain. The data showed for those who had been successfully treated and rescued after an opioid overdose, the death rate in the next year was 10,620 per 100,00 patients.

“We knew that nonfatal opioid and sedative/hypnotic drug overdoses were a major cause of disease. What these new findings show is that overdose patients also face an exceptionally high risk of subsequent death — not just from an unintentional overdose, but also from suicide, non-suicide accidents, and natural causes,” said Sidra Goldman-Mellor, Ph.D. [13] lead study author and assistant professor of public health at the University of California, Merced.

“We have tracked and reported patient survival for health concerns such as cancers and heart surgery for decades,” said paper co-author Michael Schoenbaum, Ph.D., a senior advisor for mental health services, epidemiology, and economics at the National Institute of Mental Health (NIMH), part of the NIH. “We improve what we measure and should be doing the same type of tracking for people with overdose or suicide risk to inform our prevention and treatment programs.”

Among those who had previously experienced a sedative/hypnotic drug overdose, the rate by suicide (174 per 100,000 patients) was almost nine times higher than the general population. Sixty percent of unintentional deaths among patients who had visited for sedative/hypnotic overdose was caused by an accidental drug overdose (342 per 100,00 patients)—a rate 24 times higher than that of the general population [14].

The Columbia University group had previously studied and described the all-cause mortality rates, selected cause-specific mortality rates, and standardized mortality rate ratios (SMRs) during their first year after a nonfatal opioid overdose [15]. The all-cause SMR was 24.2 (95% CI, 23.6-24.9). The most common immediate causes of death were substance use-associated diseases (26.2%), diseases of the circulatory system (13.2%), and cancer (10.3%).

For every cause examined, SMRs were significantly elevated, mostly for drug use-associated diseases, HIV, chronic respiratory diseases, viral hepatitis, and suicide. The numerous medical, neurological, infectious [16], and concurring other illnesses found in patients with OUDs and SUDs are important, familiar, and ignored. 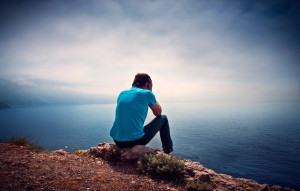 Just knowing a patient has had an overdose, reversed, and successful treatment can help inform future treatment. OUDs with O.D.s are at risk of death by O.D.s, suicide, and untreated medical illnesses. Although E.D.s play a vital role in the acute medical stabilization of overdose patients, they can also serve as partners in longer-term harm-reduction strategies, including training caregivers in naloxone administration and initiating buprenorphine treatment when opioids are involved, as well as providing warm handoffs to mental health treatment and other outpatient care providers.

It is not a clinical standard of overdose care to evaluate the person who has been rescued for co-occurring depression, suicide, psychiatric or medical illness. Psychiatrists and mental health professionals should assess patients saved from an opioid overdose. Although current emphasis has focused on E.D. patients presenting with opioid overdose, clinical attention should also be directed to patients presenting with any drug overdose, to help stem the tide of drug addiction and associated mortality.