advertisement
This entry was posted in Substance Abuse on May 21, 2014 by Platinum. 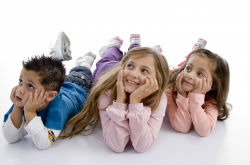 Underage drinking among our nation’s youth is becoming increasingly problematic, with many experts noting this issue as a public health crisis.  Alcohol abuse among adolescents and teens not only poses danger to the users but also impacts our families, communities, and nation as a whole.

While immediate consequences of under-aged drinking are apparent, such as physical illness or social struggles, the choice to abuse alcohol at a young age can set one up for a lifetime of suffering.

According to the National Institutes of Health, adolescents who begin drinking before age 15 are four times more likely to develop alcohol dependence during their lifetime than those who began drinking at age 21 or later [1].

With so much at stake for generations coming of age, continual effort is being put into prevention and treatment efforts for youth at risk for under-aged drinking.

Research has shown us how different issues contribute to the risk factors an adolescent or teenager has for alcohol abuse, such as family history, genetics, social and environmental stressors, and much more.

While we cannot single out one cause of under-aged drinking, as parents, grandparents, teachers, coaches, and others who engage with youth, we can look at different pieces of the puzzle to learn how we can become part of the solution for prevention.

One area of concern is the impact casual drinking within a home or family unit has on younger generations.  This is something that has become commonplace and even habitual among families today.

It is not abnormal to incorporate alcohol into celebratory events, parties, outings, or even mealtime.  But, what kind of message is this potentially sending to children?  Experts have identified that when alcohol is used as a “coping mechanism” in the home, this setting can become potentially problematic.

A common example of this is if alcohol is used in attempts to “remedy” a bad day.  Many adults may look forward to unwinding at the end of a chaotic workday with a glass of wine or beer, but what message is being translated to children in the home?

Alcohol is also frequently seen in this manner on television shows, movies, and more.  Many kids may begin to comprehend that alcohol is a way to self-medicate, to soothe oneself in place of healthier coping skills.

As younger generations are more apt to be influenced by their peers, social media platforms, and the like, adults have an even greater need to communicate with our youth.

While it is easier to succumb to busy lifestyles and stay engaged with smart phones rather than have a face-to-face conversation, these are the types of things that make the greatest difference in substance abuse prevention among our children.

Teaching healthy and appropriate coping mechanisms begins with our own examples.  What are our behaviors modeling to our children?

Perhaps in self-reflecting about how we deal with our own daily pressures and stress, we can be receptive to learning better ways to cope and live.

Stephen Wallace, CEO and Chairman of SADD (Students against destructive decisions), notes, “Parents have more power than they may recognize: They are the top reason that children make good choices.  When parents take time to engage early and often in honest dialogue and express parental expectations, children are much less likely to use alcohol and drugs.”

This in itself is reason for great hope for families who strive to encourage their children towards healthier futures, free of a life of a substance or alcohol addiction.

[1]: The National Institute of Health, “Underaged Drinking”, http://report.nih.gov/nihfactsheets/viewfactsheet.aspx?csid=21 Accessed 19 May 2014

*image courtesy of imagerymajestic at freedigitalphotos.net