advertisement
This entry was posted in Substance Abuse on May 16, 2014 by Platinum. 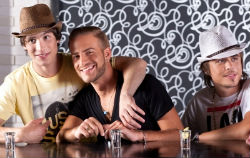 As we read in our blog last week, Lawmakers are delving more into the arena of drugs, alcohol, and substance abuse. This can be seen as an attempt to create legislation that may help establish better guidelines in the market of alcohol and drugs that are currently available.

With the staggering number of individuals across America who are suffering with substance abuse or an addiction to drugs and alcohol, it is no doubt that more effectual regulation is needed. Will these measures be successful in addressing this public health concern?

In effort to reduce under-aged drinking and the unnecessary deaths from irresponsible alcohol use, Governor Martin O’Malley of Maryland recently signed legislation that would ban the retail sale of alcohol that is 190-proof or higher.

The State of Maryland, which will see this legislation in effect beginning July 1st, takes the position of more than a dozen other states that have already banned the retailing of such products.

The use of these drinks is popular among college students, who may be searching for cheap and accessible ways to get drunk or high. Popular concoctions among college campuses are termed “Jungle Juice”, which is typically a mixture of flavored liquids (such as soda or juice) and extreme strength alcohol.

Many students might consume this substance unknowingly at parties and raves, as extreme-strength alcohol is both colorless and odorless. The use of extreme-alcohol is problematic on college campuses, leading to sexual assault, unintentional injuries, alcohol poisoning, accidents as a result of drunk driving, and physical violence.

According to the National Institute on Alcohol Abuse and Alcoholism, it is estimated that alcohol abuse on college campuses is responsible for almost 2,000 deaths per year and 600,000 unintentional injuries, which includes falls and car accidents [1].

In the state of Maryland alone, 19 percent of underage and 22 percent of 21- to 24- year-old college students meet the standards for either alcohol addiction or abuse [1]. This legislation was set in motion primarily as a means for addressing the concerning public health issue of excessive drinking among college students.

While the debate continues between the effectiveness of regulation and outright prohibition, there is hope that this new law may help reduce access to extreme-strength alcohol. This ban would also enforce penalties of up to $1000 for any person found selling 190-proof alcohol.

What are your thoughts on this newly passed legislation in Maryland? Do you think this can help address drinking on college campuses?

*image courtesy of photostock at freedigitalphotos.net