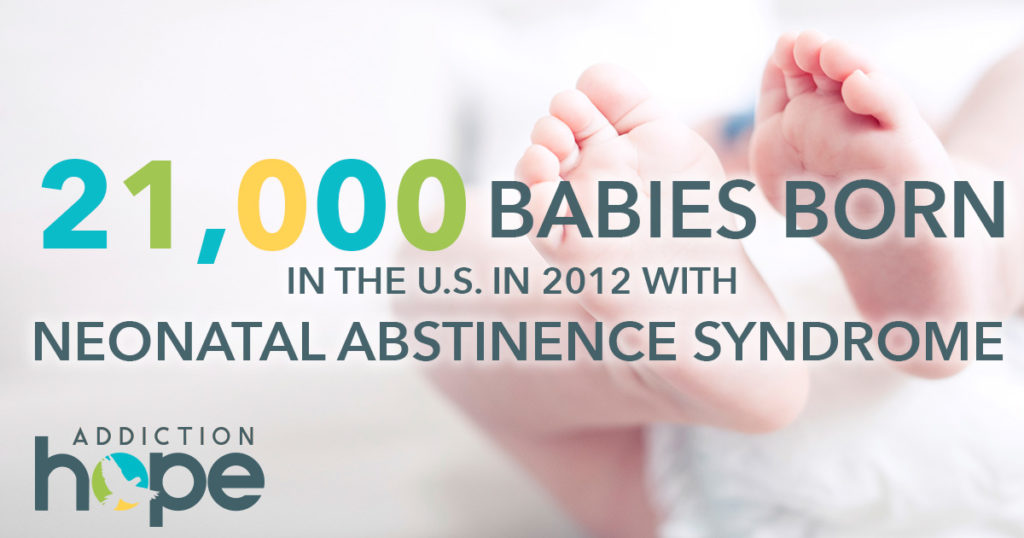 Legal opioid use while pregnant can adversely affect a newborn for life. The effects of neonatal abstinence syndrome (NAS) range from newborn withdrawal symptoms to permanent disabilities.

How Common Is NAS?

According to the National Institute on Drug Abuse, every 25 minutes a baby is born suffering from drug withdrawal. When a newborn baby no longer receives the mother’s supply of opioids, he or she experiences NAS.

When most people think of drug-addicted babies, they think the mother must have abused illegal drugs. However, many mothers of babies with NAS took legally prescribed opioids. It is unclear how many of these mothers used their prescriptions appropriately, but we can trace many NAS cases back to prescription painkillers.

Common types of legally prescribed opioids include codeine (found in certain cough syrups) and forms of oxycodone or morphine (used to control chronic pain). Of course, there are mothers who purposely abuse or overdose on opioid prescriptions while pregnant. Health care experts constantly seek ways to deal with this problem.

Many states have implemented prescription drug-monitoring programs. These programs help reduce situations that lead to opioid abuse, such as receiving prescriptions from multiple physicians or filling a prescription at multiple pharmacies.

Prescription drug-monitoring programs, however, cannot identify every case of opioid abuse and NAS. Therefore, legislators in Florida and other states are calling for statewide task forces to examine the scope of NAS in their respective states.

These task forces would also be responsible for investigating long-term effects and drug prevention strategies in their respective states. Legislators hope these studies will improve education and awareness about the risks of taking opioids while pregnant, and ultimately a reduction in such drug abuse.

The Effects Of NAS On Babies Born To Opioid-Addicted Mothers

NAS has many negative and costly effects on newborns, parents and society. NAS babies suffer from:

The symptoms depend heavily on the type of opioids the mother used, how many she took, and how long she used them. If the mother used substances such alcohol, nicotine or other drugs in conjunction with opioids, a NAS baby will likely experience more dramatic symptoms.

Since NAS symptoms can take up to a week to appear, newborns must stay in the hospital for observation for at least a week. In the most severe cases, newborn hospitalizations can last up to two months.

The lengthy hospital stay can cost new parents thousands of dollars. In our recovering but still sluggish economy, many parents simply can’t afford the medical bills, even with health insurance.

What Doctors Need to Know

Health care professionals are the first line of defense in preventing NAS. Protecting mothers and babies begins when the doctor educates him or herself about the type of medication prescribed.

Addiction psychologists recommend that doctors apprise pregnant patients about all potential side effects of opioids. When prescribing a painkiller or other opioid, the doctor must take into account factors such as the mother’s history and the risk level of her pregnancy. Doctors can and should screen mothers for opioid abuse. Regular prenatal exams may uncover abuse symptoms.

If a mother must use a painkiller during pregnancy, her doctor should carefully monitor the dosage and adjust it periodically. This will help the mother avoid withdrawal symptoms and give her newborn a better chance of starting life healthy.

Not Letting Your Opioid Addiction Linger

If you became addicted to opioids while pregnant or if you are still addicted after pregnancy, you should seek help for the sake of your children and yourself. Please contact a professional rehabilitation facility for guidance. A dedicated opioid treatment program will help you cope with physical and emotional symptoms and with conquering your addiction for good.