advertisement
This entry was posted in Uncategorized on April 21, 2015 by Baxter Ekern.

Contributed By: Chris Gallant, BA, is the co-owner and developer of the concept in Biosound therapy, and Rick Froilan-Davila ACSW, Ph.D is a Full Professor at Springfield College, Tampa Bay Campus and a Behavioral Health consultant with Biosound Technologies. 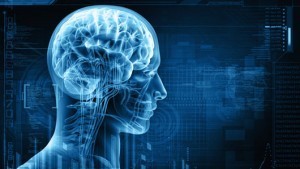 Not only is biofeedback extremely relaxing, it’s a practice that can be taught by a licensed therapist and learned by you, the patient, over time by studying on your own. In fact, many people use biofeedback every day but just don’t realize it. If you’ve ever been in a stressful situation and needed to take some deep breaths to control your emotions, then you’ve already used it – albeit in a less refined way.

Therapist-taught biofeedback therapy can – at times – be complex. How it works is that you are attached to a monitor that displays your heart rate, respiration rate, temperature and other vitals. You’re then exposed to certain elements that disrupt those vital signs in one way, shape or form. Over time, you are taught how to lower your heart rate back down with our progress being tracked and verified by the nearby monitor.

Learning the Technique at Home

At home, you can still learn the technique, even without the use of equipment. We recommend starting with deep breathing exercises to start and then building in new stimuli over a specified period of time. Eventually, you’ll be able to graduate to using Imagery – another easy form of biofeedback that allows you to use mental images to attain desired vital reactions within your body.

Whether it’s a place that made you happy as a child or a smell that makes you hungry, you’ll eventually be able to use them to calm yourself down, help ease pain & anxiety and drastically reduce stress.

The Benefits of Biofeedback 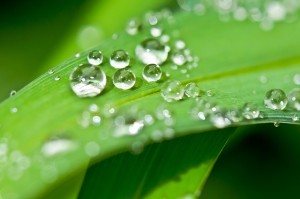 In fact, the proven benefits of biofeedback are numerous. Regular therapy sessions can allow your adrenals to restore their healthy function and recharge the nervous system, which gets gradually drained overtime by stress. When done properly, you’ll find that your experience will likely be like many of our clients have had – leaving with a profound sense of peace and calm.

The History of Biofeedback Techniques

“It can be said that biofeedback history began with the research of Edmund Jacobson who developed progressive relaxation technique in the 1930’s and Johann Schultz who developed autogenic training. Both of these techniques are self-regulatory techniques and they served as basis in research and discovery of biofeedback. Biofeedback is also nicknamed “Yoga of the West” or “Zen technology.”

Biofeedback emerged in the 1960’s when several scientific, philosophical, and social movements were converging. Three key researchers are thought to be the “fathers”; of biofeedback: Neal Miller, John Basmanjian, and Joe Kamiya. They all contributed to the development of a variety of biofeedback techniques” (Stress-Relief-Tools.com, www.stressrelief-tools.com/biofeedback-history).

The Evolution of Meditation as a Technique 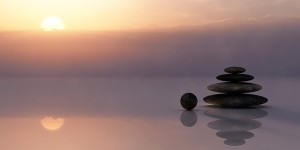 Although there’s a paucity of recorded history on meditation, its roots travel back to ancient times. Researchers speculate that primitive hunter-gatherer societies may have discovered meditation and its altered states of consciousness while staring at the flames of their fires. Over thousands of years, meditation evolved into a structured practice. Indian scriptures called “tantras” mentioned meditation techniques 5000 years ago. (meditationcenter.com).

In fact, meditation was spread to Western society thousands of years after it was adopted in the East. It finally started to gain popularity in the West in the mid-20th century. In the 1960s and 1970s, many professors and researchers began testing the effects of meditation and learned about its multitude of benefits”. (Meditation History: University of Florida, iml.jou.ufl.edu/projects/ Spring05/Luft/history).

The Roots of Music, Massage, and Guided Imagery

Even the healing aspects of music, massage and guided imagery have long historical roots. For example, “Music therapy in the United States of America began in the late 18th century. However, using music as a healing medium dates back to ancient times.

This is evident in biblical scriptures and historical writings of ancient civilizations such as Egypt, China, India, Greece and Rome. Today, the power of music remains the same but music is used much differently than it was in ancient times. 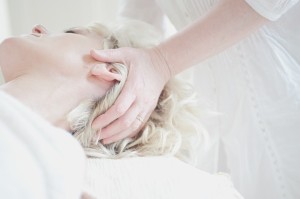 The profession of music therapy in the United States began to develop during W.W.I and W.W. II, when music was used in Veterans Administration Hospitals as an intervention to address traumatic war injuries. Veterans actively and passively engaged in music activities that focused on relieving pain perception. Numerous doctors and nurses witnessed the effect music had on veterans’ psychological, physiological, cognitive, and emotional state. Since then, colleges and universities developed programs to train musicians how to use music for therapeutic purposes.

In 1950 a professional organization was formed by a collaboration of music therapists that worked with veterans, mentally retarded, hearing/visually impaired, and psychiatric populations. This was the birth of the National Association for Music Therapy (NAMT). In 1998, NAMT joined forces with another music therapy organization to become what is now known as the American Music Therapy Association (AMTA)”. (University Hospitals Health System: Music as Medicine, http://www.uhhs.com/).

So if you’re one of the thousands of Americans dealing with stress related ailments like trouble sleeping, pain, tension or high blood pressure, give Biofeedback a try. You won’t regret it!

Biosound Healing Therapy offers a Comprehensive Holistic Program to improve the health and wellbeing of the whole person in Body, Mind, and Spirit, integrating Music Therapy, Guided Imagery, Massage and Biofeedback to help meet a person’s holistic healing needs. To learn more or to see how some of our latest products are helping people become more integrative with their mind, body and spirit. Please visit our website or give us a call today at 727-330-6883. You can also send us an email and we’ll get back to you right away.

Chris Gallant is the co-owner and developer of the concept in Biosound therapy and has served numerous provider clients in several states. He is an expert in explaining the process of the biolounge and its outcomes.

Dr. Rick Froilan-Davila is a Full Professor at Springfield College, Tampa Bay Campus and a Behavioral Health consultant with Biosound Technologies. He has written numerous articles and co-authored a book that speaks to the benefits and outcomes of the biolounge produced by Biotechnology.

Have you had experience with Biofeedback therapy? What benefits have you received from this type of therapy in your recovery?