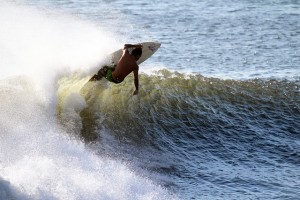 Athletes are often revered for their physical abilities and capacity to excel in sport activities and competitions. The demands that an athlete may face in training can push them beyond the physical limits they thought they were capable of.

The training involved in athletes requires commitment to their sport and perseverance in their preparation. Regardless of the level an athlete may be competing on, whether professional, collegiate, or high school, there same level of dedication is needed to excel and see progress.

Turning to Stimulants to Enhance Performance

Some athletes may find the need to turn to outside stimulants or supplements to enhance their performance or work out routine. While many stimulants are illegal for athletes to use and can in fact disqualify them from competing, many athletes may take the risk in use such substances in order to improve their game. This can be a dangerous risk for many reasons, including physical harm that may be created on an athlete who is misusing substances.

One of the most common classes of substances that athletes may misuse in attempt to enhance their training and performance is amphetamines. Amphetamines are synthetic drugs that can be used for both legal and illegal purposes. 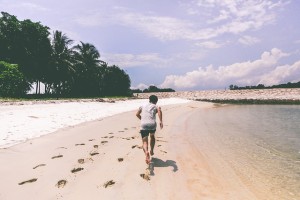 Some prescription drugs that are classified as amphetamines include Ritalin, which is commonly prescribed for the treatment of attention deficient hyperactivity disorder (ADHD). Other medical conditions that amphetamines may be used to treat include narcolepsy and chronic fatigue syndrome. Amphetamines target the central nervous system, which induces feelings of alertness and helps delay fatigue.

Increasing Endurance, at a Cost

Athletes who misuse amphetamines are likely searching for a way to increase endurance, power, concentration, speed, etc. Having greater endurance can essentially help an athlete train for longer periods of time without fatiguing or can give an athlete an edge in competition, which is highly desirable.

However the side effects of amphetamines can negatively impact an athlete in both the short and long term, effectively destroying their physical body and capacity to compete in sport. For athletes who train and compete as a career, making the choice to use amphetamines can cost them severely and prevent them from truly excelling.

Some of the side effects of amphetamine use are as follows:

The Dangers of the Extra Power 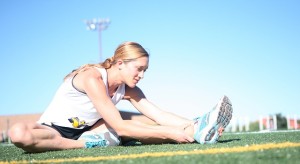 Perhaps one of the most dangerous aspects about amphetamine use is the manner in which these substances numb an athlete’s capacity to sense injury or pain. This can exacerbate any injuries that may have been sustained during completion or training. When under the influence of amphetamines, athletes may also make more higher-risk choices that can lead to dangerous consequences, both while competing and off the sport.

Even in the face of the numerous risks that are involved with amphetamine use, athletes may persist in their use of these substances in hopes of gaining an advantage in their performance capabilities.

The reality is that amphetamines are a banned substance in almost all sport organizations, and the small, short term benefits that may be seen from amphetamine use will only lead to more harmful outcomes. The use of amphetamines for the long-term can also lead to an addiction, which can become detrimental to an athlete competing.

If you are an athlete who has frequently turned to amphetamines in your sport or who may be struggling with an addiction to amphetamines, it is important to seek out the help you need to recover. Confide in someone you trust, such as your coach, parent, counselor, or close friend and share about your behaviors.

With professional help and treatment, you can find a way to recover from amphetamine abuse and gave the ability to truly excel in your sport without being under the influence of a deadly substance.

Are you an athlete or coach who has encountered amphetamine use in your sport? What are alternative ways to increase performance and training abilities without the misuse of amphetamines or other substances? What resources are available to athletes who may have misused substances such as amphetamines?