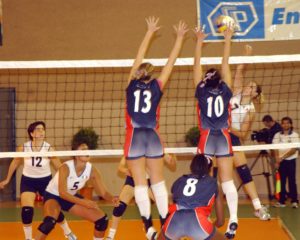 Student athletes competing at the collegiate level face tremendous amounts of stress as they pursue excellence in their sport and athleticism.

Many student athletes will devote a majority of their time spent at college to their sport or team, which often includes practice, traveling, and actual competition.

For example, the typical Division 1 college football player devotes 43.3 hours per week to his sport, which are 3.3 more hours than the typical American work week [1]. Student athletes face added pressure in college to excel and be successful, not only in their athleticism, but maintaining their academics. This balance can be difficult to achieve in light of the demand that their sport requires of both time and energy.

Athletic scholarships, while helpful and beneficial to many students who could not otherwise manage to pay for college, are not necessarily easy to come by.

For example, the number of athletic scholarships offered for Division I and Division II sports are dictated by the NCAA. Coaches can assess how to divide their funds for scholarships and will often do so in manner that attracts more athletes to their college institution [2].

Athletic scholarships, once awarded, are not guaranteed to an athlete for the duration of their college career and must be renewed each year. Receiving ongoing funds through athletic scholarships is typically based on a coach’s judgment and discretion. The limited number of scholarships and they added pressure to excel in the sport to keep a scholarship award can place heightened stress on the college athlete to meet rigorous demands, both physically and mentally.

College Athletes and Drug Use

In fact, college students who participate in athletics will have greater risk for abusing alcohol or other drugs due compared to their non-athlete peers [3].

Common reasons for increase drug abuse among college athletes are related to lack of leisure time and social challenges, the struggle to balance academics with athletics, weight management issues, and dealing with successes and failures in their athletic career.

From surveys conducted by the NCAA of approximately 21,000 athletes on drug use and social environments, data revealed that about twenty-two percent of athletes reported using marijuana in 2013 [3].

National studies of varsity athletes found that seventy-seven percent of athletes had used alcohol in the previous twelve months, with athletes having significantly higher rates of heavy drinking than non-athletes [3].

Another category of drugs of abuse among college students are performance-enhancing substances (PESs), which are typically consumed for the purpose of boosting athletic performance.

Research in this area has shown that while PESs may not have high addiction potential, male athletes who use these drugs may be more likely to participate in other problematic substance-use behaviors [4]. 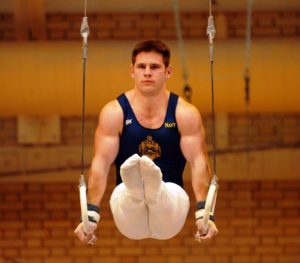 With student athletes facing increased demands and stressors than their non-athlete peers, efforts can be made to help create and promote a healthy environment for these individuals. This can be done through multiple venues, such as the education of faculty and staff about behavioral indicators related to substance abuse among athletes, higher level of interactions with student athletes, and the enforcement of substance-free training requirements for any athletes competing at the collegiate level [3].

Many student athletes would also benefit from mentoring or support groups on campus that are specifically tailored to address the unique needs they will experience.

Having the opportunity to be involved in a sport at the collegiate level is an incredible opportunity that also comes with increased demands and stressors. While the student athlete is at greater risk for abusing substances compared to their non-athlete peers, having the adequate tools and resources can play a tremendous role in preventing drug addiction.

[1]: “21 Reasons Why Student-Athletes Are Employees and Should be Allowed to Unionize”, by Marc Edelman. http://www.forbes.com/sites/marcedelman/2014/01/30/21-reasons-why-student-athletes-are-employees-and-should-be-allowed-to-unionize/

[2]: “7 Things You Need to Know About Sports Scholarships”, by Lynn O’Shaughnessy. http://www.usnews.com/education/blogs/the-college-solution/2010/06/22/7-things-you-need-to-know-about-sports-scholarships