Heroin is viewed by many as being one of the most addictive and destructive substances currently used throughout the world. Derived from the prescription pain medication, morphine, the use of heroin depresses a person’s central nervous system, inducing feelings of pleasure and euphoria, while also prohibiting the brain from being able to recognize pain.

Individuals who abuse heroin have described the high that they receive as one that elicits a profound sense of satisfaction, while also providing dramatic tension relief. While this rush of pleasure can be enticing, the consequences of using heroin can be devastating.

Prescription Drug Abuse May Be Fueling Heroin Use

According to the National Council on Alcoholism and Drug Dependence, Inc., experts in the field believe that the rise in prescription drug abuse is fueling an increase in heroin use. One of the reasons why heroin use is so prominent among teenagers and young adults is due to the inexpensive cost of the drug.

Typically costing anywhere between $3 and $10 per bag, it is much cheaper than purchasing prescription pain pills, which can range in cost from $20 to $60 (NCADD). Heroin is also drastically cheaper than cocaine, which can cost upwards of $100 for a mere eighth of a gram.

Heroin Use Has Been Rising Dramatically in the US

In April of this year, NBC News reported that Attorney General Eric Holder called the epidemic of heroin use in the United States an urgent public health crisis. Within the past five years, the number of people using heroin has doubled.

Additionally, between 2006 and 2010 alone, the number of deaths that resulted from heroin overdoses increased by approximately 45%. Research has shown that, historically, the average age in which individuals died from heroin overdoses was between 40 and 50. Now, however, the average age for deaths related to heroin is between 18 and 25 (NBC News).

The Surprising Demographics of Heroin Use Today

Another factor that may surprise some is the fact that heroin abuse is more prominent in upper-class parts of the population. While once believed to be a drug used by individuals of lower socioeconomic status, recent surveys have shown that an astounding 90% of heroin users are middle-class, Caucasian individuals. 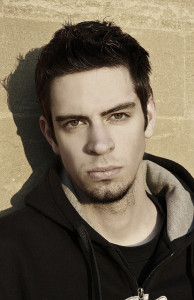 The most beneficial way to prevent a further increase in the use of heroin among teens and young adults is for parents to talk to their children about the dangers of drugs. While such discussions may be met with eye-rolling and repeated use of the phrase, “I know, I know,” it does not go unnoticed by your child or loved one that you care enough to initiate the conversation instead of hiding from the reality of the detrimental impact it can have on him or her. It is said that children who have parents that talk to them about drug use are 42% less likely to use substances than are children whose parents ignore the topic.

When teenagers and young adults start using heroin, their lives can quickly spiral out of control. The long-term effects that this substance can have on the lives of those using it can be earth-shattering and life-threatening. It can affect the individual’s social, emotional, and physical well-being. Just a few examples of these terrifying effects can include:

Help and Support Are Available

If you are worried that a teen or young adult in your life is using heroin, the best thing that you can do is to be straightforward about your concerns. Ask questions. Offer support. Do not judge or condemn him or her. Help find treatment that will best meet his or her needs.

Although an addiction to heroin can have devastating consequences on an individual’s life, with proper intervention and appropriate treatment, this battle can be fought and won.

“Heroin Use Among Teens and Young Adults” was written by Lakeview Behavioral Health clinical team member, Erica Smith, M.A., NCC. Erica has several years of experience working in the treatment field as a clinical therapist and has her Master’s Degree in Clinical Counseling Psychology from the American School of Professional Psychology.

Lakeview Behavioral Health is a highly acclaimed treatment center dedicated to providing premier levels of care for adolescents, young adults, and adults who are struggling with behavioral, emotional, and/or substance abuse concerns. By offering structured support through individualized treatment plans implemented in the safest and most comfortable environment possible, the staff at Lakeview aims to help our patients take first step on the journey to a new, healthier, and happier life.

Published on August 9, 2014
Reviewed and Updated by Jacquelyn Ekern, MS, LPC on January 5, 2021
Published on AddictionHope.com