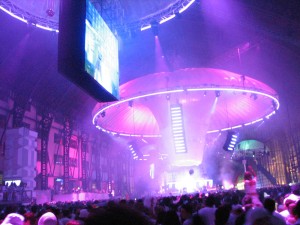 The Rave and Party Scenes too often go hand-in-hand with the dangerous and illicit drug Ecstasy. Known as the “club drug”, Ecstasy is commonly used among teenagers and young adults, especially at dance parties and all night raves. While its presence among the party scene might give commonplace to the drug, it is important to understand the reality of Ecstasy.

Ecstasy: The Drug With No Purpose

Ecstasy has been classified as a Scheduled I Drug by the Drug Enforcement Administration, which categorizes the substance as a dangerous drug with no medical use or function [1].
What exactly is Ecstasy, and why is this drug one of the most popular among our youth today?

Ecstasy, in its original form, was known as “MDMA” and was originally developed by a pharmaceutical company in the early 1900s. MDMA became a popular party drug in the 1970s and was banned due to safety concerns in 1985. In fact, Ecstasy that is sold on the streets today contains little of the actual MDMA drug and is typically a mixture of other substances, such as:

Because Ecstasy is not produced or distributed as a pure drug, the unknown contents of the drug make it particularly dangerous.

Ecstasy Falls Under Many Street Names

Common street names for the drug Ecstasy include:

Ecstasy is usually consumed in a pill form, though it can also be crushed, snorted, injected, or used in suppository form.

What Does Ecstasy Do to the Body?

When consumed, Ecstasy often amplifies sensations and heightens perception of sound and color. Ecstasy is also known for its energizing effect, which has allowed it to grow in popularity among the rave and club scenes.

Although devastating consequences result from the consumption of this drug, many Americans across the nation will struggle with Ecstasy addition. Just how widespread is the problem of Ecstasy addiction? These research statistics give greater insight into the reality of this issue [1]:

The Dangerous Side-Effects: Why Are Kids Even Using Ecstasy?

The known negative effects from Ecstasy abuse include:

Despite this, teenagers and adolescents will continue to consume this dangerous drug as it is highly addicting. As a younger individual, it is easy to feel invincible against any potential harm that might result from tampering with an illicit drug, but the reality is each young life is being put at risk whenever under the influence of Ecstasy.

Taking Ecstasy might seem like the popular thing to do in the moment, but it is crucial to realize the hype that is involved with this drug. Ecstasy is often the subject of propaganda and glamorization, commonly thought to be harmless. But even nominal amounts of Ecstasy can be enough to poison the human body and wreak irreparable injury.

Deciding to receive help for an Ecstasy addiction should not wait until the damage has already been done. Be sure you are armed with facts about Ecstasy use before making a decision to use them.

You Can Seek Help For Ecstasy Abuse

While it may feel good to be numb to reality, even for one night while with friends, remember that a drug addiction only masks deeper issues but does not resolve them. If you or a loved one is struggling with an addiction to Ecstasy, consider taking the first step towards overcoming this problematic issue by confiding in a trusted friend or family member.

Your life is valuable and precious, and it is not worth the risk of damaging or losing to a night with Ecstasy.

[1]: Foundation for a Drug-Free World, “The Truth About Ecstasy”, http://www.drugfreeworld.org/drugfacts/ecstasy/what-is-ecstasy.html