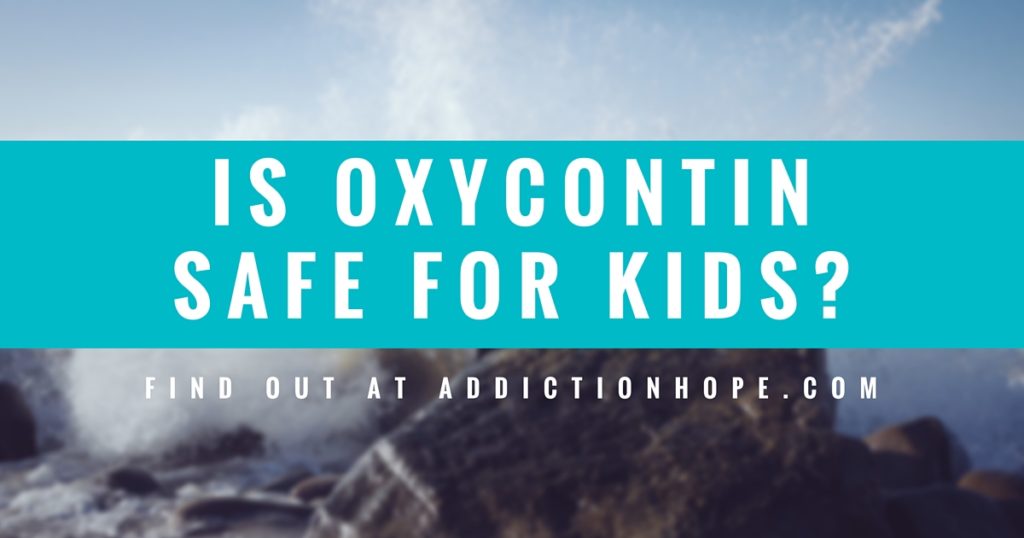 In August 2015, the Food and Drug Administration (FDA) made public its decision to approve OxyContin prescriptions for certain children between the ages of 11 and 16.

Naturally, there were parents and consumers who perceived this to be a bizarre verdict, one that could open up a world of trouble for a particularly vulnerable population. While critics like Hillary Clinton called the decision “absolutely incomprehensible,” top FDA officials stand by the controversial statement, as do many parents of children who suffer from cancer and other pain-inducing conditions.

A Quick Background On OxyContin 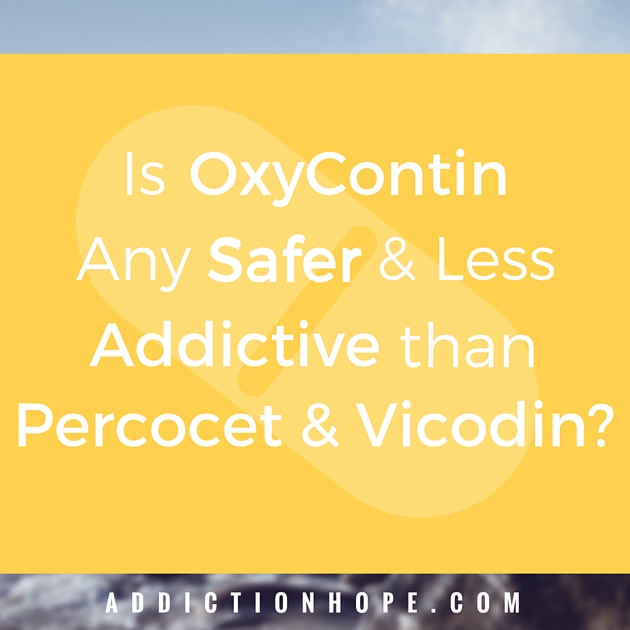 According to NBC News, OxyContin is “a long-release version of oxycodone, an opioid that acts on the brain like heroin and is intended for only the most severe and chronic pain cases.”

OxyContin has had a bit of a sketchy history. Some may remember back in 2007 when executives of the Stamford, Connecticut-based company Purdue Pharma had to pay $600 million in fines for “[misleading] regulators, doctors and patients about the drug’s risk of addiction and its potential to be abused.”

In the late 1990s, Purdue Pharma, the company that manufactures and markets OxyContin, began promoting the drug as being safer and less addictive than Percocet and Vicodin. Since OyxContin is a slow-release or “long-acting” narcotic, relieving pain for up to 12 hours, Purdue Pharma was able to mislead consumers on exactly how safe the medication is. On this false premise, Purdue Pharma marketed the drug aggressively and was able to push it to more than $1 billion in annual sales after just a few short years.

Will OxyContin Now Be Available To Just Any Kid?

Supporters of the FDA’s recent decision on OxyContin aren’t in any way proposing an opioid free-for-all among your pre-teens and teens. The agency is simply saying that under the right circumstances, to the right young patients, and for the right reasons, OxyContin can be a viable and safe option for pain relief.

Dr. Kathleen A. Neville, a pediatric oncologist at Arkansas Children’s Hospital, told The New York Times, “Just because OxyContin has been abused or prescribed inappropriately doesn’t mean we should deprive the children who need the drug.”

She added, “[It is] our obligation to have the best level of evidence for its use in children.”

Addressing 7 Concerns About OxyContin For Kids 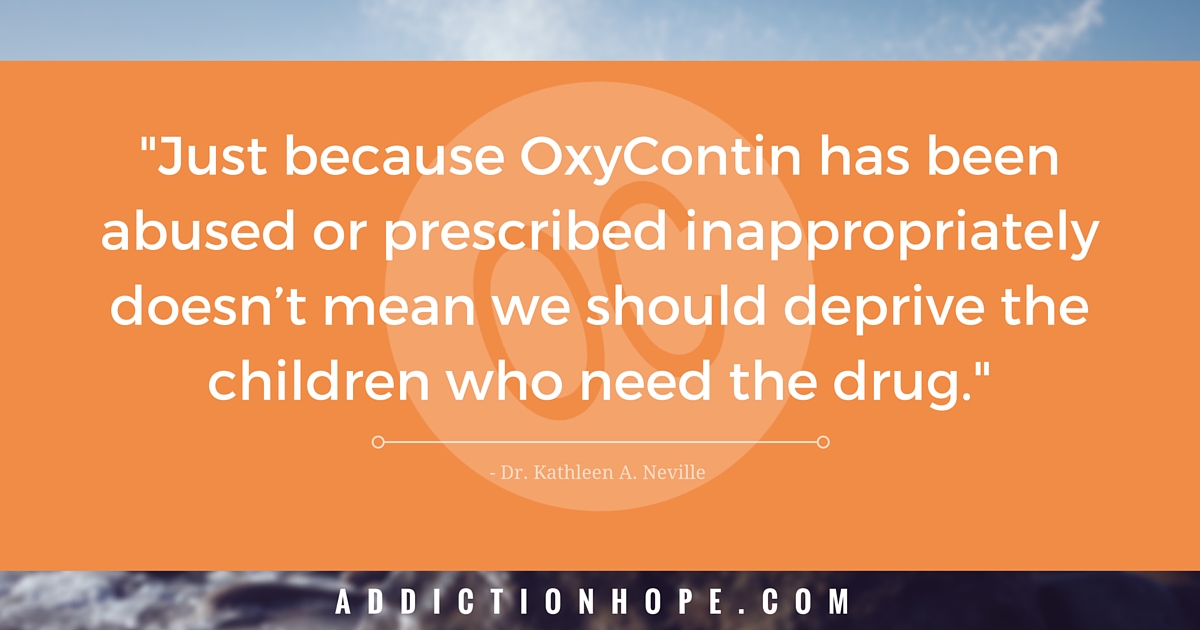 The painful truth (no pun intended) is that there are adolescents who are dealing with severe, chronic pain. The reasons vary, but suffice it to say, these ailments are the types we would not wish on the bravest adults among us.

Since the Purdue Pharma fiasco, the FDA has gone to great lengths to address the various concerns that have been expressed regarding OxyContin for kids. Here are the top 7:

Dr. Sharon Hertz, director of the Division of Anesthesia, Analgesia, and Addiction Products for the FDA, said in an FDA online article that her agency’s decision has not been made haphazardly.

Purdue Pharma raked in billions of dollars in OxyContin sales between 1999-2001 on false claims, and the FDA responded by tightening regulations to ensure that it never happens again. Dr. Hertz said that under the Best Pharmaceuticals for Children Act (BPCA) of 2002, the FDA issued a Pediatric Written Request asking the makers of OxyContin to study oxycodone (the active ingredient) and OxyContin in pediatric patients.

BPCA is in place to protect children, and it offers incentives to drug companies that are willing to take the time to investigate medications used to treat pediatric patients. Since the enactment of the BPCA, medical researchers have determined that for a certain type of pediatric patient, OxyContin can be administered safely.

2. Who Is Eligible For Treatment? 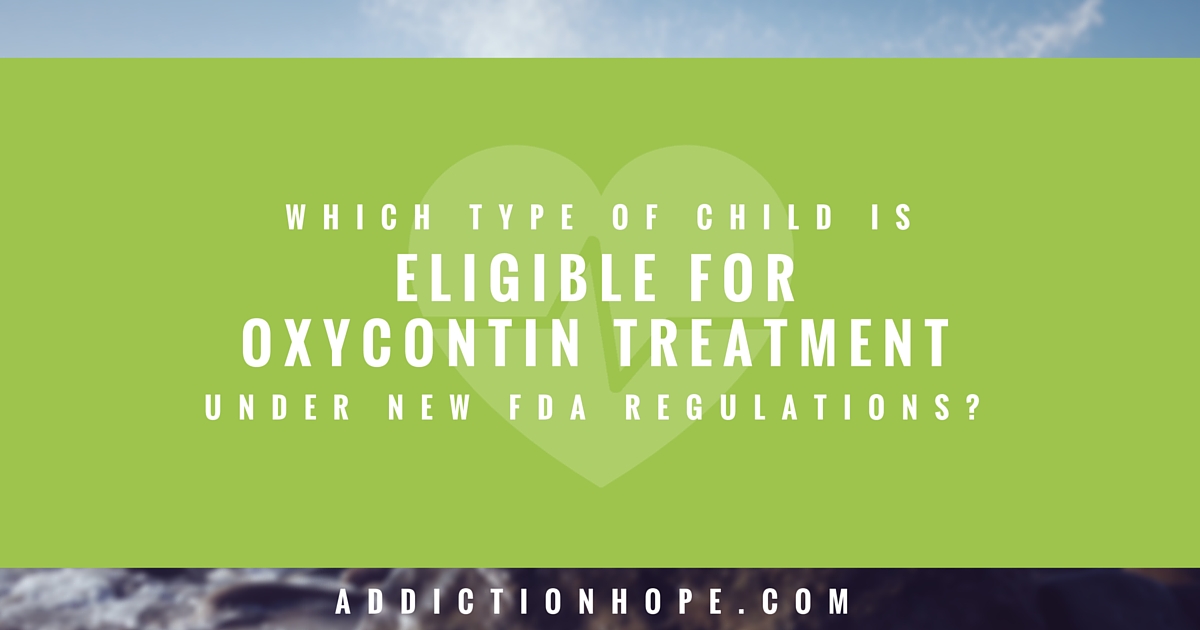 Under the new FDA regulations, the type of child that would be considered eligible for OxyContin treatment is very specific:

3. How Can Children Take The Drug Safely?

The simple answer is dosage. Even some of the mildest medications can be lethal if proper dosage is not taken into consideration. Not only will the prescriptions need to be monitored by the physicians writing them, but the consumption of them will need to be overseen by responsible adults – hopefully the children’s caring guardians – in order to ensure that the right dose is taken at the proper time(s).

4. Which Ailments Are Classified As Severe Enough For An OxyContin Prescription?

Not all pains are created equal. There are a litany of painkillers that can treat a wide range of discomfort. There are, however, several conditions that necessitate the strength of a medication like OxyContin to help patients, young and old, manage severe day-to-day pain.

Some of the conditions that are eligible for OxyContin treatment are:

5. How Can Families Avoid The Misuse Or Abuse Of OxyContin?

As implied earlier, OxyContin is highly addictive. Abusers of the drug usually crush the pills or dissolve them in order to take them intravenously.

Around 2011, Purdue Pharma reformulated OxyContin to be more resistant to being crushed for these purposes. With the new formula, if water is added, the substance turns into a “gelatinous goop” that cannot be manipulated as it was previously.

Said one addict who attempted his old tricks with the new formula, “Purdue won. I knew the oxy(codone) was inside, but I could not break into the safe.”

While Purdue’s new formula for OxyContin will not entirely curtail abuse, it will make the process far more difficult for would-be abusers.

6. What Other Precautions Should Be Taken?

7. What Are The Stats On Adolescent Opioid Addiction? 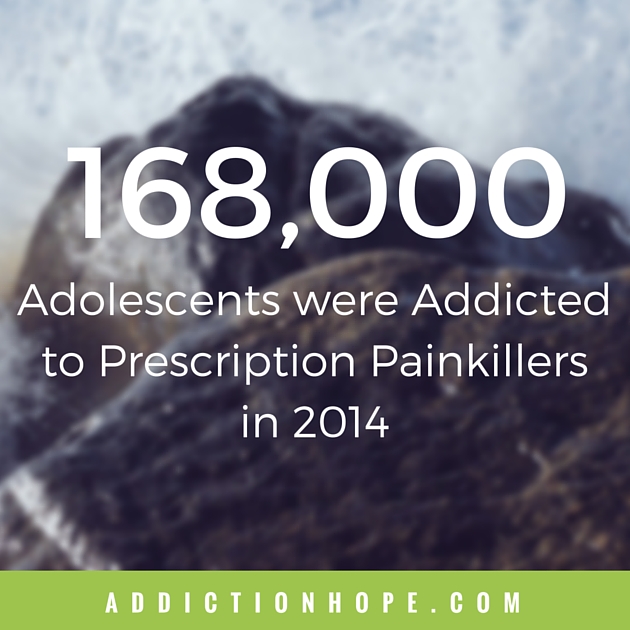 According to the American Society of Addiction Medicine (ASAM), adolescents tend to share their unused pain medications with others, with both parties unaware of how dangerous non-medical opioid use can be. In 2014, out of 467,000 adolescent non-medical users of pain relievers, 168,000 were addicted to prescription painkillers.

Caretakers and medical professionals have a responsibility to educate and protect the youth in these matters, especially since “most adolescents who misuse prescription pain relievers are given them for free by a friend or relative,” according to ASAM.

Above all, it’s important to keep in mind that the FDA’s approval of OxyContin for children aged 11 to 16 was not a lighthearted decision. In Dr. Hertz’s report for the FDA, she stated, “This was a team effort involving the combined expertise from several fields: There were physicians, clinical pharmacologists, statisticians, ethicists and, of course, pediatricians and opioid experts.”

If your child may be eligible for OxyContin medication, be sure to have these difficult conversations with his or her doctor, and then make what you feel is the best decision on your loved one’s behalf.