This entry was posted in Substance Abuse on September 11, 2015 by Baxter Ekern. 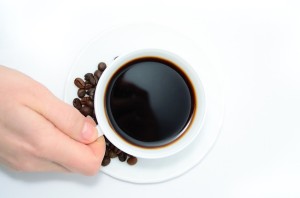 Coffee in the morning, an energy drink in the early afternoon, a soft drink with dinner. Our lives are filled with caffeine.

A 2010 study commissioned by the U.S. Food and Drug Administration (FDA) found that 54 percent of adults drink coffee on a daily basis, a number that increases when one takes into account tea, energy drinks, caffeine pills, and other sources of caffeine.

Stimulants are a class of chemicals that are so named because they increase arousal and mental activity, typically acting on neurotransmitters such as norepinephrine, dopamine, and serotonin. However, stimulants vary widely in terms of strength.

The danger of stimulant overdose partly comes from how stimulants can be found in so many different places. For example, consider someone who is struggling with a drug problem while also being treated for attention-deficit/hyperactivity disorder (ADHD).

This person might drink coffee in the morning, take his or her Adderall (a stimulant used to treat ADHD), have an energy drink, and then snort a line of cocaine. All of these substances contain stimulants, and the stimulants have an additive effect. Each stimulant ingested increases the overall degree of activation.

Stimulants do not just increase mental activity; they also increase physiological activity. They can cause heightened energy, jitteriness, elevated heart rate, sweating, and swings in body temperature. With a high enough dose, stimulants can cause seizures or heart failure, and if a person’s body is already metabolizing caffeine and Adderall, as in the above example, the lethal dose of a stimulant drug like cocaine becomes that much lower. 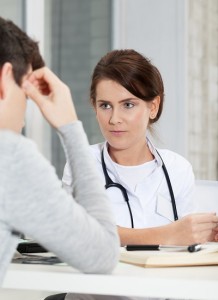 Because stimulants are so common in our food and drinks, it is easy to underestimate how much we are ingesting. When combined with stimulant drug abuse, a person can move dangerously close to overdose without realizing it.

Imagine, for example, an empty bucket. The empty bucket represents the body’s capacity to metabolize, or digest, stimulants, and if the bucket overflows, the person experiences an overdose.

As a person uses stimulants, he or she pours water into the bucket. Some stimulants add more water than others: a cup of coffee might only add a few ounces of water to the bucket, while a line of cocaine may add half the bucket’s volume or more. Every kind of stimulant — caffeine, Adderall, energy drinks, cocaine, methamphetamine — adds water to the bucket.

Adding large amounts of water at one time, as a person does when he or she uses illicit drugs, dramatically increases the chance of an overdose because the person is not always in control or aware of how much water is being added at once. It is not difficult to see, then, how combining caffeine and other stimulants can be dangerous.

Know Yourself on Caffeine or Other Stimulants 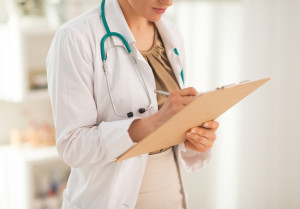 It is important to point out that the vast majority of people who do not abuse drugs will not experience the dangerous consequences of a stimulant overdose. Many people drink multiple cups of coffee per day, and some of them even take Adderall, Ritalin, or other stimulant drugs to treat various conditions.

While it is always important to inform your physician about any substances you are taking and follow all of his or her recommendations, generally the risk of adverse effects from everyday ingestion of legal stimulants is quite low.

The risk is not the same, however, for people who abuse stimulant drugs. Although it is a common and relatively safe drug, caffeine is a stimulant just like any other and must be used safely and in moderation. When excessive caffeine ingestion is combined with stimulant drug use, the risk of dangerous and possibly fatal consequences is that much higher.

“Mixing Caffeine and Stimulants: What are the dangers?” was written by Keystone Treatment Center clinical team member Ryan Poling, M.A. Ryan has experience working clinically with a wide range of populations and presenting concerns. He is a clinical psychology doctoral candidate and has completed Master’s degrees in psychology and theology. He was also adjunct professor of psychology at Azusa Pacific University from 2012 to 2015.

At Keystone Treatment Center, we believe that alcoholism, substance abuse, and gambling are chronic illnesses that require a comprehensive, individualized continuum of care. We believe recovery is possible for all who follow the treatment recommendations, and that the 12-step philosophy of Alcoholics Anonymous provides a sound foundation for that recovery. We are committed to employing adjunct therapies when appropriate to meet the needs of our patients.

Published on September 11, 2015
Reviewed and Updated by Jacquelyn Ekern, MS, LPC on January 5, 2021
Published on AddictionHope.com