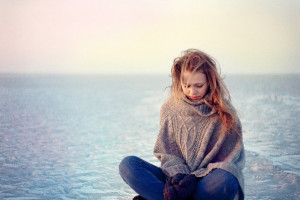 Phencyclidine, generally known as PCP, ranks as one of the most dangerous among the various mind-altering substances available in the “recreational drug” arena. Fortunately, its popularity is waning—surveys indicate that the number of high school students admitting to having tried PCP fell from thirteen percent in 1979 to under three percent in 19901, and the trend appears to have continued.

However, with fifteen million high school students, even just two percent would represent thirty thousand teens experimenting with a drug known to have serious consequences.
PCP was first marketed as an anesthetic in the 1950s, but it lasted too long and had side effects like:

Therefore, it was restricted after 1965 for use by veterinarians only.

In the late 1960’s, people started using it to get high. As a market for it developed, underground chemists began to produce it at various levels of purity, selling it as “Angel Dust,” “Peace Pills,” and other labels.

The Effects of PCP

The effect of the drug is unpredictable at best. Although it produces a high that some users choose to repeat, its immediate effects include:

These are accompanied by physical effects that may include nausea, vomiting, dizziness, impaired motor skills, and blurred vision.

The Long-Term Effects of PCP

All this brings into question why an individual would want to try the drug in the first place, or, for that matter, use it repeatedly, but the long-term effects of PCP prove it to be a candidate for one of the nastiest, most dangerous drugs around. These include:

Additionally, chronic PCP users have been known to develop toxic psychosis even when there were no pre-existing psychiatric conditions. Toxic psychosis symptoms include aggressive or hostile behavior, paranoia, delusional thinking, and auditory hallucinations.

A rapper known as Big Lurch is currently in prison for the 2002 murder of his female roommate while under the influence of PCP. After murdering the 21-year-old, he ate parts of her body.

More recently, it has been suggested that NFL star Aaron Hernandez was a habitual PCP user prior to his alleged murder of another football player. While it is certainly true that crimes of violence are committed under the influence of alcohol and other drugs, PCP is rare in its ability to produce long-term derangement.

PCP is known medically as a “dissociative anesthetic.” The mechanism by which it works as an anesthetic has been described as

“… a peculiar anesthetic state in which marked sensory loss and analgesia as well as amnesia is not accompanied by actual loss of consciousness . . . the patient truly seems disassociated from his environment.”

This mechanism is part of what leads to one of the more disturbing long term effects of PCP, which is an actual loss of the sense of self, or personal agency. Flashbacks to PCP-induced episodes can include:

Similarly, the PCP user can become convinced that the external world is unreal and that his or her experience is only a dream—actions and their consequences are thus meaningless.

The Variations of PCP

PCP has shown up as an adulterant in a variety of other illicit drugs throughout the last three decades. Combinations of LSD and PCP were often marketed as psilocybin or mescaline, but the dosages were usually too low to produce the negative symptoms already noted.

PCP also has shown up in MDMA, an amphetamine-related drug commonly known as Ecstasy (more recently rebranded as “Molly”). Between 2005 and 2011, PCP-related emergency room visits increased by over 400%5, but this is attributed to the use of the drug as a cheap ingredient to mimic more popular hallucinogens.

PCP use is now generally limited to inner-city areas in major cities like Los Angeles, Philadelphia, and Baltimore. Because it is relatively easy to synthesize, it can be distributed at low cost.

Because the long-term effects of PCP are so severe and debilitating, treatment for the abuse of this substance often requires antidepressants, and antipsychotics may also be prescribed. Counseling and cognitive behavior therapy, as well as family therapy, are critical for optimum long-term outcome, and participation in 12-step recovery groups is recommended after treatment.

This article was written by the treatment team at The Recovery Village, a full-continuum, residential eating disorder and substance abuse treatment facility.