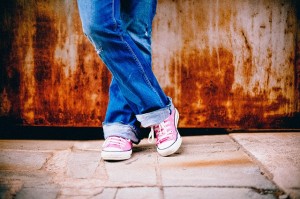 OxyContin is an opioid-based prescription painkiller intended for the relief of moderate to severe pain. OxyContin is the brand name for the drug oxycodone hydrochloride, and it functions as a controlled-release form of oxycodone, which can provide extended relief for conditions that cause chronic pain.

As a drug that falls under the opioid category, OxyContin can be extremely addictive, especially when not taken as directed or if taken for long periods of time.

A Newer Drug for Relieving Pain

Due to the nature of this medication and its potential for abuse, Oxycontin is classified as a schedule II controlled substance, which means that the drug is regulated by the Drug Enforcement Administration (DEA) of the United States Department of Justice.

This narcotic pain reliever is relatively new on the market compared to other prescription drugs, as it was made available to consumers in 1995. However, the abuse of this medication is rapidly increasing across the nation, with more individuals finding themselves addicted to this prescription drug compared to other medications that are available today.

According to the Drug Abuse Warning Network (DAWN) report in 2012, almost 200,000 visits to emergency rooms resulted from the misuse of oxycodone products, include OxyContin [1].

A startling number of adolescents are becoming involved in OxyContin abuse, particularly with an increase observed in the abuse of prescription drugs in younger generations.

The Monitoring the Future study, a long-term study that observes legal and illicit drug use among American adolescents, has found that over twenty percent of high school seniors have abused prescription medication in their lifetimes [2]. Approximately 70 percent of high school seniors who reported abusing prescription drugs admitted to receiving them from family members or friends or obtaining them illegally by stealing them [2].

Why Are Adolescents Abusing OxyContin? 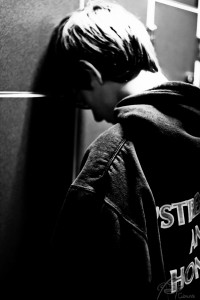 As this powerful narcotic pain reliever is reserved for use for more severe cases of pain among individuals, why are adolescents seeking out this prescription drug, and what are the dangers associated with OxyContin abuse?

Adolescents may frequently seek out opioid based painkillers, such as OxyContin, for non-medical reasons, including achieving a “high” or euphoric state. Adolescents who abuse OxyContin may do so by snorting or injecting the medication to induce an instant high.

Youth and teens may succumb to pressure from peers to engage in drug misuse or may seek the numbing effects that result from OxyContin abuse.

Many teens are mistakenly under the impression that using prescription medications, such as OxyContin, are “safer” than illicit drugs since they are given by a doctor and obtained legally through pharmacies (as opposed to the streets or black markets).

The Consequences of OxyContin Abuse

The severe consequences that result from the misuse of OxyContin are particularly devastating among youth and teenagers and can include the following:

While many teenagers may view the recreational use of OxyContin as thrilling, exhilarating, or challenging, the risks involved can be destructive. Not only are adolescents compromising their potential and ability to thrive in life, but their risk of developing an addiction to OxyContin and other drugs over their lifetimes may dramatically increase.

Know the Signs and Listen to Them

Whether you are a parent, teacher, coach, or mentor directly involved in the care of adolescents, do not underestimate the power and influence of your role in their lives.

Simply becoming involved and opening the doors of communication can make all the difference in the lives of a teenager who may have the opportunity to misuse a prescription medication such as OxyContin, or any other potentially addictive substance they may encounter throughout their lives.

What has been your experience with OxyContin addiction and recovery?