Article Contributed by: Staff of The Recovery Village 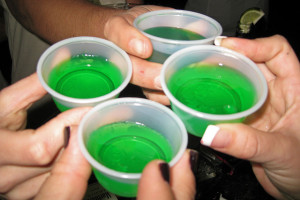 Nearly one out of every four male college students (one in five female) uses drugs in one form or another. Although some of the drug use is motivated by a desire to be competitive in studying, most of it is recreational.

The costs to the students, their colleges, and their communities in general are significant in terms of:

Additionally, there are associated health risks, both short- and long-term, as well as the risk of drug dependency.

Drug Use on College Campuses

Drug use on college campuses is so widespread that it is recognized by public health and policy officials, school administrators, teachers, parents, and non-using students as a serious problem. (Seemingly, only the users themselves don’t consider it a problem.)

The costs associated with campus drug use are manifold. The problem as a whole generates a ripple effect that generates consequences far beyond the immediate ones that the users themselves experience. The overlapping issue of alcohol abuse exacerbates the problem, and when considered together, they pose a challenge on a national scale.

Adderall, an amphetamine-related drug prescribed for narcolepsy or Attention Deficit Hyperactivity Disorder, is commonly used to stay awake and cram for finals. In the short term, it helps to maintain concentration. However, the “crash” is extremely unpleasant, and many students continue to take it long after its effectiveness as a study aid has disappeared.

A large number (up to 90%) of Adderall users report binge-drinking2 and the group is disproportionately likely to use other drugs. Adderall abuse can lead to

Opiates Are On the Rise

Opiates have, in the last twenty years, become the drug of choice for an unprecedented number of Americans. Vicodin, Oxycontin, and Percocet are a few of the prescription pain medications that, in the aggregate, have contributed to a whole new population of substance abusers.

These drugs act as a shortcut to addiction—users who start with pain meds bypass the usual party-drug experimental phase and just go straight to dependency. College students are now using more of these than ever before, and are combining them with alcohol and other drugs.

Because they are available by prescription, they lack the stigma associated with street drugs like heroin, even though they are nearly identical in chemistry and in their effects. Eventually, many pain medication addicts turn to heroin because it is cheaper. This exposes them to a very different aspect of the drug culture, as heroin distribution follows other channels than pill distribution.

Tranquilizers Are Also Picking Up In the US 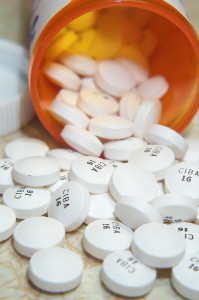 Also problematic on campus are tranquilizers. Prescribed for anxiety, tension, and sleep disorders, medications like Xanax, Valium, Ativan, and Klonopin can easily be misused, especially when combined with alcohol.

Because they can help cushion a stimulant crash, tranquilizers can become part of a balancing act that users try to maintain in order not to feel negative effects of Adderall or other amphetamines.

Marijuana Use and the Effects on Academic Performance

No discussion of drug use on college campuses could be complete without a look at marijuana. A recent study followed 1200 college freshmen over a ten-year period and concluded that substance abuse—“especially marijuana use”—resulted in:

Even minimal (twice a month) users were sixty-six percent more likely to be discontinuously enrolled. Marijuana’s impact on concentration, memory, and attention is counterproductive in a competitive learning environment, but the prevailing movement toward legalizing it includes a minimizing attitude toward its effects while learning.

Additionally, a drug arrest—even for marijuana—can make a student ineligible for student aid.

No Matter How We Normalize It, Alcohol Is a Drug

Many students, as well as parents, have a romanticized image of the college experience that includes drinking as a major component. The reality often departs radically from this image, and the consequences are dire:

Attitudes and Perception about Drugs

Interestingly, a report in the early 1990s indicated a change in attitude toward drug use among secondary-school students. A lower perception of risk subsequently resulted in increased use: 8th-graders reported diminishing association of drug use with negative consequences, and use of illicit drugs rose sharply in the next few years.

This would indicate that social policy aimed at managing perception among young students would be an important tool in combating the nation’s drug problem.

How College Communities and Organizations Can Help

All told, the risks and consequences of drug use on college campuses cannot be overstated. Campus policies toward alcohol and drug use, as well as toward fraternity and sorority activities, combined with education and availability of counseling and treatment can all contribute toward a comprehensive solution.

This article was written by the treatment team at The Recovery Village, a full-continuum, residential substance abuse and eating disorder treatment facility.