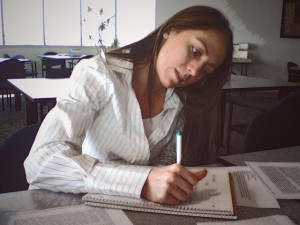 Ideally, colleges should be places of learning, growing and exploring. Yet far too many college students discover the world of drugs while they are on campus.

The size of the school doesn’t appear to matter to drug use prevalence; young people at small liberal arts universities are as exposed to drugs just as are young people attending large state schools.

However, reports do indicate that drug-related arrests of college students are more widespread at larger institutes of higher learning. [1]

Whether police become involved or not, there is little doubt that thousands of coeds are taking advantage of a plentiful supply of drugs and alcohol.

The word “drug” may bring to mind visions of crack and heroin, yet drug use on campus spans a much wider array of drug types. [2] These include but are not limited to:

Though recent developments have made marijuana legal in a few states, marijuana remains illegal in most of the nation. Pot use continues to be strong across college campuses, despite its negative effects, including:

Adderall and Ritalin are prescribed by physicians to help children and adults diagnosed with ADD and AD/HD. Many college students have begun to use these drugs to get a high to keep them alert and focused, especially during times when cramming is necessary. This can lead to full-blown addiction when their bodies begin to need the pills to function. [4]

This category includes heroin, cocaine and ecstasy, among other street drug types. These types of drugs have been known to cause fast dependency, and require a greater dosage to get the same results. [5]

Of course, other drugs are also available on college campuses. 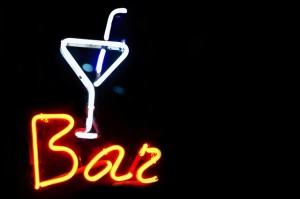 It should be mentioned that although alcohol is not a drug, it can be a contributing factor to the use of drugs in a campus environment. Alcohol lowers inhibitions, meaning the student who would normally not be willing to try an illegal substance may be more likely to join the crowd when he or she is under the influence.

How Often Are Drugs Used by College Kids?

According to studies that have been conducted, drug use among college kids is no small problem. One team of researchers found that between 1993 and 2005, there was 93 percent growth in users of prescription medications. During this same period, daily marijuana use by college students more than doubled. [6]

This paints a picture of young individuals who are setting themselves up for serious addiction problems. Addictions are notoriously difficult to overcome; additionally, they can destroy relationships, end jobs and, in extreme cases, cause death.

For students struggling with addictions to drugs while trying to achieve high marks in their college classes, the physical and psychological stress can be debilitating. What makes it harder is that because most of the drugs being used are either illegal or are being used in an illegal fashion, admitting one’s addiction can cause fear of arrest or expulsion.

Help for College Students Is Available

For students who have become addicted to any kind of drug or alcohol, there are out- and in-patient rehab centers. Some campuses even have onsite counseling programs and facilities to tackle this rampant problem. No university wants to have its good name smeared across the Internet due to its students being drug users. Thus, it is a wise decision for colleges to offer assistance to their student bodies.

Beyond the campus, there are plenty of other options for young undergrad and grad students who have succumbed to the pressure to use drugs for recreational or other uses. Seeking out these opportunities may be difficult but can save their lives and futures.

Though getting help for a serious drug addiction may mean taking a semester or two off from school, the time spent getting healthy is worth the time spent away from the stressors and temptations of a campus where drugs are freely available.

[3]: “Marijuana Use and Its Effects.” http://www.webmd.com/mental-health/addiction/marijuana-use-and-its-effects

[5]: “What Are the Immediate (Short-Term) Effects of Heroin Use?” http://www.drugabuse.gov/publications/research-reports/heroin/what-are-immediate-short-term-effects-heroin-use

[6]: “Wasting the Best and the Brightest: Alcohol and Drug Abuse on College Campuses.” CASAColumbia.org. May 28, 2007.