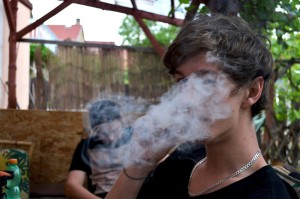 Marijuana abuse is a common problem throughout society today. It affects people of all ages, races, ethnicities, and socioeconomic statuses. In the United States, specifically, marijuana, also commonly known as pot or weed, has been cited as being the most commonly abused of all recreational drugs.

According to the 2013 National Survey on Drug Use and Health conducted by the Substance Abuse and Mental Health Services Administration (SAMHSA), 5.7 million people over the age of 12 use marijuana daily or almost daily, and 8.1 million people over the age of 12 reportedly used marijuana on 20 or more days within the month prior to completing the survey1.

The Trend Towards Marijuana Legalization

Many states throughout the nation have taken steps to reduce the restrictions placed on the use of marijuana. This fact, however, should not discount the dangers that arise from marijuana abuse.

Prolonged use of this drug can cause people to withdraw from friends and family or to neglect various responsibilities, bringing about disturbances within important relationships and amongst families. It can also taint the ability that people to have to perform appropriately at work or school, potentially resulting in academic failure or job loss.

Additionally, and contrary to what many believe, the continued abuse of marijuana can also cause significant health problems to arise, including lung damage, respiratory infections, cognitive impairment, hindered learning capabilities, and even the development of certain types of cancer. 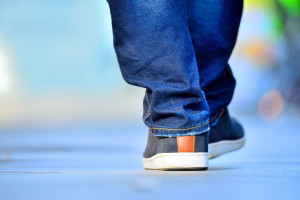 Another common health risk that arises among many people who chronically use marijuana is the compulsion to smoke tobacco as well. Unfortunately, the use of these two substances, marijuana and cigarettes, often goes hand-in-hand.

According to the previously mentioned study conducted by SAMHSA, approximately 66.9 million people, aged 12 and older, in the United States currently use tobacco products1. Of that nearly 67 million people, an estimated 55.8 million individuals smoke cigarettes, with 33.2 million people smoking on a daily basis, and 41.3% of those smokers reported smoking 16 or more cigarettes per day1.

The Correlation Between Marijuana Abuse and Tobacco Use

But what is the correlation between people who smoke marijuana and those who smoke cigarettes? Sadly, it is a strong one. When people chronically smoke pot, they do not only become accustomed to the presence of the drug in their bodies and the high that it causes, but they also become accustomed to participating in the act itself – the act of smoking something.

Therefore, when marijuana is not available to them, or if they are in an environment where they cannot use marijuana or amongst people who frown upon the use of marijuana, they may find themselves smoking cigarettes. While smoking cigarettes is similarly frowned upon by many people, it is not illegal, which allows it to be viewed as an act that is more acceptable than smoking pot. 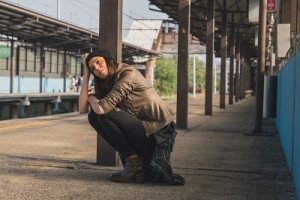 Additionally, it is not uncommon for marijuana users to chain-smoke cigarettes while in the act of using marijuana. In between taking hits of pot, many users of this drug will be lighting one cigarette after another.

Whether the addiction of tobacco adds to the high that they experience, or whether they are just doing it as a compulsive behavior, the fact that remains that they are causing irreparable damage to their health.

When people have begun to participate in the repetitive pattern of abusing marijuana, it can be exceedingly difficult for them to put an end to the behavior without assistance. For people who use marijuana and smoke cigarettes, it can be even more difficult to cease the habit that they have become so accustomed to.

Fortunately, there are treatment options available that can help people struggling with marijuana abuse overcome their compulsion to use and return to living sober lives, free from the control that marijuana and cigarettes once had over them.

“Marijuana Abuse and Chain-Smoking” was written by Bowling Green clinical team member, Erica Smith, MA, NCC. Erica has several years of experience working in the treatment field as a clinical therapist and has her Master’s degree in Clinical Counseling from the American School of Professional Psychology.

As a premier provider of substance abuse treatment, Bowling Green offers comprehensive inpatient, outpatient, and detoxification services for men and women who are struggling with addictions to drugs or alcohol. Through a blend of evidence-based therapeutic interventions, those who come to Bowling Green will learn the skills needed to not only overcome their addictions, but to maintain sobriety for the long-term.

Published on August 10, 2015
Reviewed and Updated by Jacquelyn Ekern, MS, LPC on January 4, 2021
Published on AddictionHope.com