Article Provided By: Lauren N. Hardy, MA of The Refuge

Program Description: The Refuge – A Healing Place is a residential program for addiction & mental health that treats each client with an individualized plan of care designed to meet all of his or her needs. Through holistic & experiential therapies, our clients achieve true healing of the mind, body, and spirit. 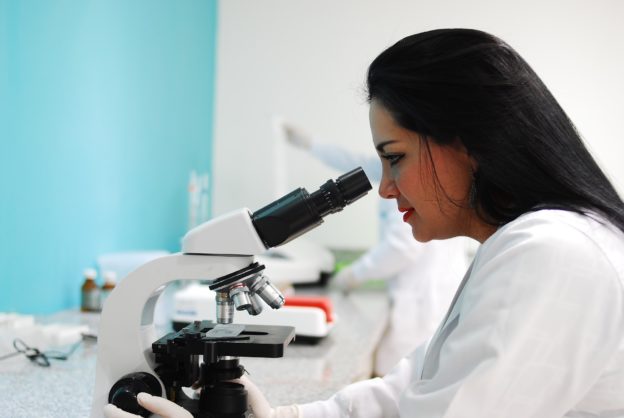 In 1972, the federal government of the United States created a specific way to categorize certain types of illegal and non-illegal drugs,called the Controlled Substances Act. Under this act, marijuana received a Schedule I classification, designated for drugs that had no currently accepted medical use and a high potential for serious psychological or physical dependence.

Schedule I drugs are considered to be the most dangerous of the drug schedules[1], which contradicts the fact that by 1996, twenty states in the United States passed laws that allowed the usage of marijuana for a variety of medical ailments as of March 2014 [2].

The Gray Area of Medical Marijuana

As the nation navigates the murky waters of medical marijuana, many people remain confused: why use marijuana when there are other, legal options to treat these ailments? There appears no easy answer – proponents of medical marijuana claim marijuana’s efficacy far surpasses that of traditional therapeutic approaches.

Opponents claim that the inability to predict the precise dosage and lack of FDA approval make medical marijuana an unnecessary and potentially harmful treatment.

The Research Behind Medical Marijuana

There is a large body of research devoted to understanding the medicinal effects of marijuana; most of it revolves around THC (9-tetrahydrocannibinol), one of the most active cannabinoids in marijuana. THC is what causes those who use marijuana to feel high, and what provides some of the medicinal benefits of cannabis.

The human body does naturally produce its own version of cannabinoids; endocannabinoids, which help to regulate the body’s responses to a variety of stimuli; however, the effect is often brief.

Endocannabinoid receptors found throughout the human body, are highly concentrated in the brain. When THC binds to these receptors, it produces varying effects including analgesia as well as feelings of intoxication.

Medical marijuana is suggested – as a Schedule I drug, marijuana cannot be prescribed or dispensed by doctors or pharmacies – by physicians in certain states to help alleviate symptoms of a variety of conditions.

With the recent crackdown by the DEA regarding prescription drug abuse, those who live in chronic pain are forced to endure unimaginable pain for extended periods of time. Studies have shown that a certain amount of medical marijuana is effective at reduction of pain symptoms in those who live with chronic, intractable pain.

A good number of patients and supporters of medical marijuana have found that medical cannabis offers users an effective way of reducing certain types of anxiety and sleep disorders, such as insomnia.

The Risks of Medical Marijuana

While many people who use marijuana have gained much-needed relief for various ailments, like any medication or herbal supplement, using marijuana is not without risks. As cannabis is not monitored by the Food and Drug Administration (FDA), the risks of using medical marijuana have not been accurately assessed.

It is impossible for those who use medical marijuana to determine the strength, purity, or the side effects it may cause as marijuana may affect nearly every organ system of the body, including the circulatory system, endocrine, immune, and central nervous systems.

The known side effects of marijuana are relatively transitory and are linked to the active ingredient in marijuana, THC. These may include:

In extreme cases, marijuana can lead to:

Although medical marijuana is now legal in many states, the federal laws supersede state laws making the use of marijuana a punishable offense. While many organizations are attempting to overturn the designation of marijuana as a Schedule I controlled substance, right along with heroin and LSD, the laws surrounding marijuana usage, even for medical purposes, are in a state of fluctuation.

Medical marijuana, like FDA-approved drugs, may work to treat some disorders but lead to unpleasant, dangerous side effects. Like any other treatment, the benefits of using medical marijuana must outweigh the risks.

About the Author: “Medical Marijuana: Benefits and Drawbacks” was contributed by The Refuge clinical team member Lauren N. Hardy, MA. Lauren has several years of experience in the treatment field as a research analyst at Vanderbilt University and a masters in counseling psychology.