Marijuana is believed to be the most commonly used illicit drug in the United States. With the recent governing positions that are aiming to make the use of marijuana legal for recreational purposes legal within some states, the prevalence of its use will only continue to rise.

As of April 22, 2014, Colorado and Washington are the only two states that have officially legalized the recreational use of marijuana, but there is much speculation that additional states will soon follow that trend [1].

Despite the fact that the drug continues to be illegal for recreational purposes in the rest of the country, it is easy to obtain and therefore frequently used. Additionally, many people view smoking pot as being harmless in comparison to using other substances like alcohol, cigarettes, or more powerful street drugs, like heroin. Yet, marijuana is not as harmless as one might think. 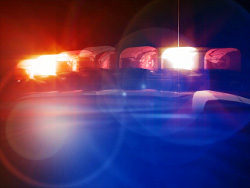 According to reports provided by researchers from the University of Washington and the University of Massachusetts Amherst School of Public Health and Health Sciences, recent studies have shown that a significant number of male college students have reported using marijuana and then driving while under its influence. Others admitted to riding as passengers in a car being driven by someone who had been using marijuana [2].

Some argue that driving while under the influence of marijuana is completely safe, yet the incidence of car crash victims who had marijuana in their systems tripled over the span of 10 years.

Researchers and analysts have stated that the presence of pot is increasingly being detected in individuals who died in fatal car accidents and, while the numbers are not as high as the amount of deaths linked to car accidents resulting from individuals driving under the influence of alcohol, the fact is that it still has the potential to cause needless injuries and death.

The use of marijuana causes alterations in a person’s ability to make decisions and solve problems. When a person’s judgment is clouded, he should not be in control of a vehicle because his ability to respond to sudden changes will be delayed, putting his life and the lives of others at risk.

While under the influence of marijuana, people’s reaction times are impaired. They may not be visually searching the road (e.g. checking side mirrors) as frequently, and they may not be able to perceive the changes in the speed of other vehicles in the way that sober drivers are able to.

The Center for Addiction and Mental Health (CAMH) reports that marijuana is the second most frequently found psychoactive substance found in the bodies of individuals who have died or who have been seriously injured in car accidents, surpassed only by alcohol.

Furthermore, the CAMH reports that epidemiological studies (studies are done in order to determine the various causes, effects, and patterns of health conditions in specified populations) have proven that people are more likely to be involved in car accidents, including fatal ones, when they are under the influence of marijuana [3].

The Damage Misinformation Can Cause

The misperception about the negative effects that marijuana may have on those who use it has a detrimental impact on society. It is imperative that everyone comes to understand that regardless of what one’s opinion may be on marijuana, its legalization, or its effects, the fact of the matter is that it is a mind-altering substance. If it did not produce alterations in an individual’s mind, then people would not use it for recreational purposes.

The broader that this misperception becomes, the more likely it is that a larger number of young adults will drive while under the influence of marijuana, without even giving it a second thought. This means that the lives of more and more people will be at stake while these drivers are on the road.

This blog was written by The Refuge clinical content team member, Erica Smith, MA, NCC. Erica has several years of experience working in the treatment field as a clinical therapist and has her Master’s degree in Clinical Community Counseling from the American School of Professional Psychology at Argosy University.

With an awareness that addiction and trauma are closely linked, The Refuge – A Healing Place offers superior care for those who wish to recover from chemical dependency concerns and overcome trauma from the past.

The approach to treatment featured at this exemplary center is holistic in nature, with care focused on healing the whole person and not just the strife occurring in that individual’s life. The staff of caring professionals employed at The Refuge are expertly-trained to care for every need of every client who receives these beneficial and life-changing services.

At The Refuge, true healing and lasting recovery are achieved because of the attention paid to each person’s mind, body, and spirit.

Published on June 25, 2014
Reviewed and Updated by Jacquelyn Ekern, MS, LPC on January 11, 2021
Published on AddictionHope.com