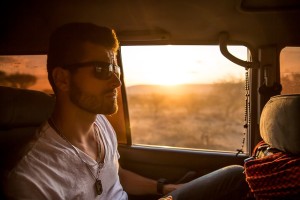 Some argue the Beatles wrote about it in their song about a high-flying Lucy and her diamonds, while a few years later Pink Floyd was cranking out atmospheric, psychedelic lunar tunes seemingly designed to be listened to while high. A driving cultural force in the 1960s and 1970s, LSD (or lysergic acid diethylamide) was accidentally discovered by Swiss chemist Albert Hofman in 1943. But, how does one begin Detoxing from LSD?

A derivative of the ergot fungus—incidentally, some historians blame ergot poisoning for sparking the Salem Witch Trials of the 1690s—LSD is a hallucinogen, which is a class of drugs that produce powerful, perceptual experiences that affect nearly all the senses. LSD’s effects typically begin about a half-hour after taking the drug, and the effects can last up to 18 hours.

LSD users often report seeing colors, lights, dancing shapes, or frightening images. While visual hallucinations are most common, tactile and auditory hallucinations can also occur. The drug can cause a user’s heart to race and pupils to dilate, as well as cause changes in body temperature, loss of appetite, insomnia, gastrointestinal problems, weakness, tremors, and, in rare cases, seizures. Feelings of oneness, mind expansion, and synesthesia—the mixing of senses, such as seeing sounds—are common.

The nature of an LSD high largely depends on personal and environmental factors and tends to amplify preexisting emotional states. People who are happy may experience euphoria, while those who are sad may experience profound depression. 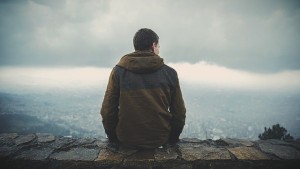 Unfortunately, there is no way to tell whether a particular LSD high will be euphoric or terrifying, and given that an LSD high lasts from 12-18 hours, a user risks experiencing an extended and terrifying “bad trip.” Sometimes, people experience flashbacks, which are intense hallucinatory experiences similar to those that occur during active LSD use. Flashbacks can come at any time and without warning, possibly causing blackouts and injury.

At some point, an LSD user may realize the harm the drug is having on him or her. It may be a series of bad trips or frequent flashbacks, or it might be job loss, injury from risky behavior, or pleading from family members. Whatever the cause, LSD treatment must first start with clearing a person’s body of the toxin.

When an LSD user then tries to stop using the drug, the absence of LSD shocks the body, and it must then readjust itself to functioning without the drug. This readjustment is known as withdrawal.

Detox and withdrawal from LSD tend to be fairly mild compared with other drugs, especially if the user has not taken high doses. However, there can be a number of residual effects of LSD use, and these increase in severity depending on the intensity and frequency of use.

Perhaps the most dramatic residual effect is flashbacks after discontinuing use of the drug. These flashbacks can occur even a year after last use. People “coming down” from LSD also may experience cravings for the drug, residual psychotic symptoms, long-term cognitive impairment, and ongoing anxiety.

Care During a Bad Trip and Detoxing from LSD

Guidelines from the Substance Abuse and Mental Health Services Administration (SAMHSA) suggest that individuals experiencing bad trips be provided with a quiet, non-stimulating environment and supervision to ensure that they do not injure themselves1. SAMHSA also recommends a low dose of anti-anxiety, antidepressant, or antipsychotic medication if necessary.

Although the withdrawal process for LSD is milder than other drugs, LSD is still dangerous when abused. Injury or death can come from misperceiving heights and distances or misjudging the safety of certain situations, and use of LSD can cause anxiety, long-term cognitive impairment, job loss, relationship strain, financial difficulty, and a host of other difficulties. If you are struggling with LSD use, it is important to seek help as soon as possible.

“Detoxing from LSD” was written by Sierra by the Sea clinical team member Ryan Poling, M.A. Ryan has experience working clinically with a wide range of populations and presenting concerns. He is a clinical psychology doctoral candidate at Fuller Graduate School of Psychology, where he also earned Master’s degrees in psychology and theology, and was an adjunct professor of psychology at Azusa Pacific University from 2012 to 2015.

Sierra by the Sea offers Detox, Residential, PHP, and IOP (ages 18+) for those struggling with substance abuse primary. Dual Diagnosis is available. Does have treatment focused on trauma and mood disorders. Gender-specific housing and extended stay options.

Published on August 4, 2015
Reviewed and Updated by Jacquelyn Ekern, MS, LPC on January 13, 2021
Published on AddictionHope.com