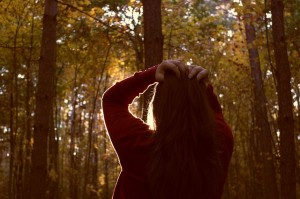 The inhalant high is fast and fleeting. It can arrive in seconds and may not last five minutes per hit. But an abuser indulges in hit after hit. Likewise, addiction can come up on the user suddenly, wreaking quick collateral damage in a user’s life and health.

Inhalant abuse is familiar to approximately 13 percent of eighth graders, according to NIDA’s annual Michigan Survey. And over 68 percent of new inhalant users will be under the age of 18 (1). The youngest new users will probably gravitate towards sniffing something like nail polish and they will possibly graduate to nitrous inhalants such as whipped cream dispenser cans.

The full range of inhalants claims abusers in every age group, with over 2.6 million of them falling between the ages of 12 – 17. (2) Even if they are not using, 59% of youngsters say they know of someone who is using at age 12.

Why Inhalant Use Is Such a Problem

Except in the case of the nitrites, “poppers” such as amyl nitrite, most inhalant substances themselves are not only legal, but commonly found around households, which makes them highly accessible and their abuse easy to conceal in plausible cover-up stories. Someone “cleaning their face” with alcohol soaked cotton balls could well be sniffing for pleasure.

It’s not uncommon for inhalant abuse to involve police, due to conspicuous behavior like aggressive confrontations. More than one inhalant shopper has been known to rush to their car directly after purchasing the substance to begin using, a situation that begs for car accidents.

A year into inhalant abuse, users commonly report having had multiple substance-related car accidents. The person may not appear to be “under the influence” by the time an officer arrives.

And the substance, disguised as an innocuous household product – cans of air duster used for cleaning electronics or whipped cream cans of nitrous oxide propellant to whip the cream on exit – may be overlooked by law enforcement and even returned to the abuser.

How to Detect Inhalant Abuse

What can a parent or loved one do to detect an inhalant abuse problem, without becoming suspicious every time their loved one goes on a cleaning spree? Because the inhalant high is so short lived, the best giveaways are quantity of substance – whole cases of whipped cream cans or duster cans – and the frequency with which the abuser shops for:

As with the experienced police officer, a parent can also pick up on the smell of alcohol, butane, paint thinner in a person’s clothes or on their breath.

The Health Risks of Inhalant Abuse 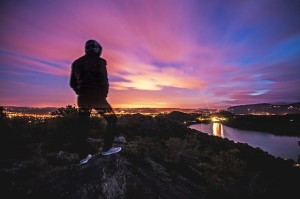 This gives them a lot in common with alcoholic beverages, having similar indicators of abuse, such as:

In addition, it’s not uncommon for recovering inhalant abusers to recall, with some loathing, times when they came out of a blackout urine-soaked or covered in vomit.

“When you write down your experiences and read back,” says “Blueuni”, a registered forum member at www.messageboard.inhalent.org, “it’s a wonder why we even (continue to) do this stuff.”

Members of the inhalent.org forum are typically at a point where the consequences of their inhalant habits are piling up. Abuse of nitrous propellants may leave long-term identifying scars. For example, ice burns can occur if the user blacks out and the freezing propellant lands on skin.

The household nature of abused substances leads to the misperception that inhalant addiction does not warrant a full, residential rehab program. However, rehab treatment may be the only way for some to overcome the strong cravings.

A History of Trauma

“The damage done by inhalants can last a long time,” says AAC clinical developer Terin Driggers. “Inhalants are substances that can kill with one more hit.” 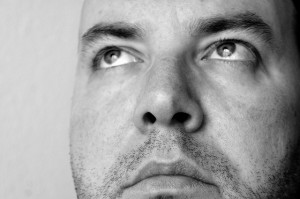 Given the right body conditions, the repeated doses needed to maintain a high can even lead to “sudden sniffing death” caused by asphyxiation as the fumes displace oxygen in the lungs. The fumes also act as a desiccant, drying out the organs, especially the lungs, with serious, sometimes irreversible consequences.

Convulsions, seizures, and coma can lead to death as well as choking on one’s own vomit.

Huffing or sniffing inhalants is pleasurable, as with any other addiction. “Nearly all abused inhalants (other than nitrites) produce a pleasurable effect by depressing the CNS,” drugabuse.gov tells us (3). “Nitrites, in contrast, dilate and relax blood vessels rather than act as anesthetic agents.”

The site points out that inhalants can cause changes in brain chemistry, common to most addictions that affect the brain’s pleasure center.

The pleasure or “high” associated with inhalants is variable. Some who inhale volatile substances claim they don’t get a high from the substance at all, but experience a calming effect much like that of smoking cigarettes. Many inhalant abusers speak of strong attraction to the substance’s smell, from moth balls to lighter fluid.

The Relationship to Pregnancy Cravings

Adolescents, too, report their first attraction to inhalants came through an innocent craving for a particular smell.

Quirky, ugly, toxic, easily-hidden, inhalant abuse can take the user on a ride of repeating pangs and plummets. For something that seems so innocent, it can be quite dangerous. And it can be very persistent.

What has been your experience with inhalant addiction recovery?