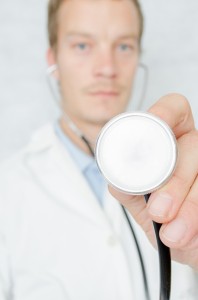 Classified as an opiate level narcotic, Demerol is typically used in hospital settings to relieve patients of moderate to severe pain. [1]

Like the drug morphine, Demerol – which is actually the brand name for meperidine – is highly addictive. Consequently, patients taking Demerol are carefully monitored and dosages should be planned to avoid the build-up of a tolerance to the medication.

Unfortunately, because Demerol is so incredibly available in medical facilities, professionals working in these settings have become addicted to the substance. Having it available 24 hours a day, seven days a week makes it attractive for nurses, doctors and other workers with predispositions to addictive behaviors and/or problems with chronic emotional or physical pain.

This abuse and theft of Demerol causes many issues for not only the person who steals the pharmaceutical, but also the patients he or she is supposed to protect and serve, the reputation of the facility and the friends and family members of everyone involved.

How Demerol is Obtained in a Medical Setting

In a medical setting, Demerol tablets or solutions are not simply out in the open for anyone to take. In theory, every prescription drug has a purpose. Still, medical professionals who are addicted to Demerol – or who may be selling it to others who are addicted – have found ways to get around safeguards and take significant quantities of the drug without detection.

One such way is for nurses or doctors to give patients a different over-the-counter pill with a similar reaction, such as an antihistamine. This will work if the patient is taking so many other medications that the occasional substitute will hardly be noticed.

The medical professional can then steal the real tablets and take them at work or at home. If the Demerol is in liquid form, the professional will either inject the drug in a private location, like a bathroom stall, or during off hours. [2]

How Demerol Addiction is Finally Revealed 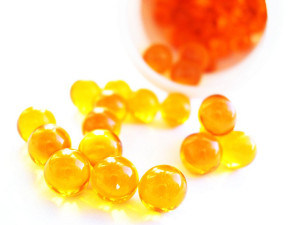 Because it takes increasingly-higher doses of Demerol to achieve the desired effect, the medical professional is likely to take fewer precautions to get his or her fix. This intense drive to get the medication surreptitiously is what may bring the addiction to light.

For instance, in one case from Washington State, a nurse who was giving patients placebo pills was eventually discovered because she could no longer keep up her façade. For her crime of stealing roughly 100 ampules per year from the clinic she worked, she received a sentence of 366 days in prison. [3]

Sometimes, the Demerol addiction is revealed by coworkers, family or friends of the addicted medical professional. In those cases, jail time could be avoided by admitting culpability and agreeing to enter into a rehabilitation facility to overcome the addiction.

Regardless of the way in which the Demerol dependency is brought into the open, it sets up a challenging situation for every person involved. However, it also opens the door for a better future for those individuals.

The key to helping nurses and doctors with a Demerol addiction is to first allow the professional to withdraw from the drug.

Withdrawal should always be monitored at a facility that has the right means to help the addicted person through this difficult time. Typical symptoms of Demerol withdrawal range from mild to severe; thus, the slowing of the Demerol addiction needs to be carefully planned.

This involves taking into consideration a number of important factors, such as:

After withdrawal is complete, a comprehensive therapy program should be sought by the medical professional to help him or her avoid reverting to their Demerol addiction again, especially if he or she gets another job in a hospital or similar setting. (It should be noted that if a medical professional has been convicted of Demerol theft, it is unlikely that he or she will be able to continue in this type of work setting.)

As with all addictions, an addiction to Demerol can end. The key is to admit the addiction and then taking the first steps toward a healthier body, mind and soul connection.

[2] “This is ‘how’ nurses divert drugs for their own use.” http://allnurses.com/general-nursing-discussion/how-nurses-divert-29438.html.