Cocaine addiction is prevalent worldwide and has detrimental effects on the human heart. Aside from alcohol, cocaine is the most common cause of drug-related emergency room visits in the United States1 .

A study done in 20122 found that there are 1.2 million cocaine users over the age of 12 in the United States and 35.3 million Americans older than 12 years have used cocaine at least once, with 8.5 million having used cocaine in its crack form.

The Growth Of Cocaine

The use of cocaine has evolved from chewing the leaves of the Erythroxylon coca bush thousands of years ago, to purification of cocaine hydrochloride over 100 years ago and its use in tonics and elixirs such as past formulas of Coca-Cola in 1886, to snorting and injecting the fine, white, powder form, to a smokable freebase form called “crack,” which became popular in the 1980s.

Cocaine directly affects the central nervous system, the respiratory system and the heart.

The heart is one of the most crucial organs for the body to function. The heart is actually a muscle in the body that is responsible for pumping de-oxygenated blood to the lungs so gas exchange can occur.

Once blood becomes oxygenated in the lungs, the heart pumps it to the rest of the body supplying nutrients and oxygen to all the tissues and organs.

Without the heart, the organs and tissues would literally suffocate from not having oxygen. The heart itself also needs oxygen to pump this blood around to the different parts of the body.

How Cocaine Causes a Heart Attack

An example is when someone is being chased by a robber, the heart will work to increase heart rate and pump more blood to the needed organs, such as the muscles, to help the person run faster and escape. 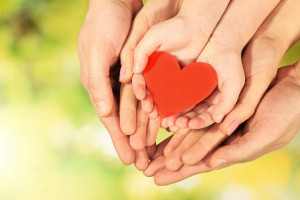 Once the heart’s oxygen demand is greater than the actual oxygen available to the heart muscle, like any other muscle, the tissue will die: a term known as ischemia or infarction. This results in a “heart attack,” formally known as myocardial infarction or MI.

The heart beats in a rhythmic pattern that correlates to the physiological cycle of the contraction cycle. Many diseases, medication and abnormal imbalances of electrolytes can affect the heart rhythm causing an arrhythmia. Arrhythmias can be deadly.

Cocaine causes arrhythmias in the heart by acting like a Class I antiarrhythmic agent. Cocaine throws the heart out of sync and will cause sudden cardiac death in cocaine users. Heart failure, cardiomyopathies, aortic dissection, and endocarditis are other cardiac pathologies that can occur from cocaine use.

Compared with nonusers, cocaine users have a higher overall incidence of myocardial infarctions and the risk of MI increases by 24-fold in the first hour after cocaine use.

Cocaine contributes to approximately 1 in every 4 MIs in persons between 18 and 45 years of age. Myocardial infarctions occur in approximately 6 percent of all patients presenting to the emergency department with cocaine-associated chest pain3 (CACP).

Patients presenting with CAPC are often young males who do not have cardiac risk factors such as high blood pressure or diabetes. Instead, they are generally healthy, aside from the cocaine use.

These patients often present with intense pressure in the middle of their chest as well as shortness of breath and intense episodes of sweating.

Cocaine clearly has detrimental effects on the body and it is important for people to be aware of its potential deadly outcomes. Cocaine dependence, withdrawal and addiction affect many people and their loved ones. If you or anyone you know if battling with cocaine addiction, please seek help.

Have you or someone you loved experienced heart damage due to cocaine use? How has heart health improved with recovery? What advice do you have to share?