“Cocaine: What is it Like to Go Through Withdrawal?” was written by Cedar Crest clinical team member Erica Smith, M.A., NCC. Erica has several years of experience working in the treatment field as a clinical therapist and has her Master’s Degree in Clinical Counseling Psychology from the American School of Professional Psychology.

Cedar Crest Hospital (http://www.cedarcresthospital.com/) and Residential Treatment Center provides mental health and substance abuse treatment for children, adolescents, adults, and senior adults. For over 25 years, Cedar Crest has provided a full continuum of care including inpatient services, outpatient services, long-term residential treatment, and partial hospitalization treatment. Through the use of individualized treatment plans tailored to meet the unique needs of each person who comes to us for help, we strive to remain a leader in behavioral healthcare and a source of inspiration for our community. 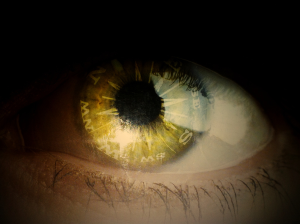 Cocaine is an extremely addictive substance, with approximately 75% of all people who try it becoming addicted to it. On average, only one in every four individuals is able to quit using the substance on their own.

When people use cocaine, they experience feelings of euphoria and exhilaration. When a person is using an excessive amount of cocaine and then stops, or drastically cuts down on the amount that he or she is using, a withdrawal period ensues.

Some people refer to the onset of this withdrawal period as a “crash.” As the effects of the cocaine leave a person’s body, he or she begins to experience unpleasant symptoms as the chemicals in his or her brain fight to return to normalcy. During this time, people tend to experience strong feelings, including:

The primary symptoms of cocaine withdrawal can also include increasing agitation, overwhelming feelings of restlessness accompanied by excessive feelings of fatigue, vivid and unpleasant dreams, and an increased appetite.

For some cocaine users, the sudden ceasing of use can even lead to thoughts of suicide. The cravings that a person experiences during the withdrawal period are extreme and can quickly lead to a person beginning to use again. These cravings can lead individuals to experience difficulty concentrating, difficulty interacting with other people, and difficulty coping with stress [1].

Some people underestimate the intensity of withdrawing from cocaine because there are normally not any blatantly apparent physical symptoms, like the vomiting or bodily shakes that accompany alcohol withdrawal.

Experiencing withdrawal from cocaine can not only be uncomfortable but, for some people, even physically debilitating.

Cocaine withdrawal typically lasts for about 24 hours, but some people can continue to experience symptoms of withdrawal for weeks or months after the last use. Even though the period of withdrawal can range in time and severity, for those experiencing it, the desire to find relief from the symptoms is immediate.

Referred to as Post-Acute Withdrawal Syndrome, the symptoms of withdrawing from cocaine can be affected by the amount of stress the person is under, as well as how much physical and psychological damage was caused by the use of the drug. Without adequate support, the risk of relapse during any period of withdrawal is extremely high.

Getting Treatment During Withdrawal Is Very Important

In order to aid in the tremulous withdrawal period, cocaine users can greatly benefit from receiving treatment in order to not only gain the psychological support they need, but also in order to monitor the physical ramifications of the cocaine use. Even a single use of cocaine can result in dangerous health consequences, including:

Using cocaine, even just once, puts individuals at risk for having a seizure, having a stroke, having a heart attack, or suffering from bleeding in the brain. Cocaine use also has the high risk of causing the user to experience respiratory failure and, tragically, sudden death. Even a single use of this powerful substance can result in death as no one can be sure of how his or her body will react to the potency of the drug as it enters into his or her body [2].

Get Educated About Cocaine Withdrawal

When people receive any kind of treatment for cocaine abuse and addiction, whether it be acute inpatient care, intensive outpatient care, or a rehabilitation program, they are placing themselves in an environment where they can be monitored for any dangerous health risks that the use of the substance has placed on their bodies and minds.

In addition, they will be provided with education about the drug, education about addiction in general, and support from mental health professionals and addiction specialists who can help them learn the tools they need to battle through their withdrawal symptoms, overcome their addiction, and prevent relapse.