Where Does Molly Come From? 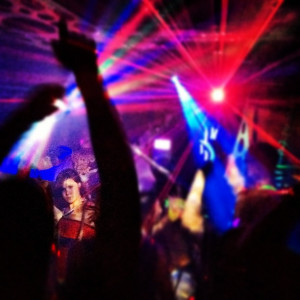 Molly has become the well-known slang term for the psychoactive substance, MDMA. MDMA is the acronym for methylenedioxymethamphetamine and is like other amphetamine substances in that it acts as a central nervous system stimulant, with the added effect of being a hallucinogenic.

People who use MDMA describe feeling as though they have endless energy and the drug is commonly seen in dance clubs and raves, as it reportedly helps individuals keep up the energy needed to party for hours on end.

The Purer, “Cleaner” Form of Ecstacy

When Molly first came on the scene and continued to grow in popularity, it was considered by users to be a “better” form of the popular club drug, Ecstasy. Molly is said to be an uncut, pure version of MDMA, unlike Ecstasy, which is comprised of MDMA and other fillers.

Additionally, because it comes in a crystallized or powder form, it has been marketed by dealers as being safer than Ecstasy because it doesn’t have the potentially dangerous additives that are often a part of forming the Ecstasy pill.

Why It’s So Popular at Raves 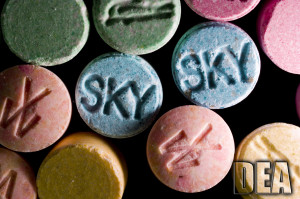 Molly has become extremely popular at raves because the suppliers and distributors of the drug have found that these raves are an easy target for making mass sales. It has quickly escalated in becoming the number one drug of choice for people who attend such raves, as well as for those who attend festivals, concerts, and dance clubs.

Due to the fact that Molly increases the activity of the neurotransmitters in an individual’s brain, the result is the onset of feelings of energy and euphoria. It is also commonly marketed as allowing people to “dance all night,” which, with the popularity of fast-paced, electronic music, can be extremely enticing to some individuals.

The Strange Symptoms of MDMA Use

In addition to feelings of excessive energy and euphoria, users of Molly also experience what they consider to be “pleasant” distortions of vision, hearing, and orientation to place and time, leaving them feeling as though they are in a dream-like state. These individuals have also reported feeling heightened levels of sensuality, causing them to develop an instant and emotional bond to those around them.

Molly is also said to cause an arousal of sensory perceptions, resulting in an ability to hear music in sharper tones, suggesting that it enhances an individual’s overall “party experience.”

The Downsides to Molly Abuse

While Molly may seem appealing, it can lead to countless negative effects. For some, the previously mentioned distortion of vision and hearing can lead to extreme confusion and panic. According to the Drug Enforcement Administration (DEA), use of this substance has the potential to lead to:

Additionally, the DEA states that Molly can lead to a dangerous increase in one’s bodily temperature as it impairs the body’s ability to appropriately regulate temperature.

How MDMA Is Destroying the Reputation of EDM 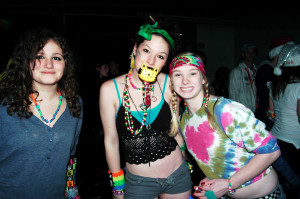 While many young people attending raves and concerts take advantage of the added pleasure that Molly gives them, the drug has also caused much frustration in the electronic dance music (EDM) culture as a whole. Many fans of EDM have come forward with complaints as to how the use of Molly is tainting the image of the culture that they are a part of.

Individuals have commented that the hype surrounding the use of Molly has created a stereotype for a genre of music that they are genuine fans of. In September of 2013, an electronic music festival, known as EZoo, was shut down after two people reportedly died from overdosing on Molly.

The week before that festival was shut down, a similar incident at the House of Blues in Boston occurred when another young person was suspected of dying from a Molly overdose.

Support Is Available for MDMA Abuse

As is true for all illicit substances, the use of Molly is dangerous and needs to be viewed as a public health concern. There needs to be awareness of the repercussions of what can happen after using this drug. And, like with other drugs, receiving professional treatment for addiction is the most optimal way in which a person can overcome his or her desire to use and return to a life of sobriety.

This blog was written by Oasis clinical team member Erica Smith, M.A., NCC. Erica has several years of experience working in the treatment field as a clinical therapist and has her Master’s Degree in Clinical Counseling Psychology from the American School of Professional Psychology.

Oasis Behavioral Health is a psychiatric and chemical dependency treatment center that is devoted to providing the highest quality of care to everyone who comes to us for help. By offering a supportive and compassionate environment, we strive to empower those who are struggling with addictions by encouraging hope, healing, and recovery as they embark on the journey to true wellness and continued sobriety.

Published on August 16, 2014
Reviewed and Updated by Jacquelyn Ekern, MS, LPC on January 6, 2021
Published on AddictionHope.com