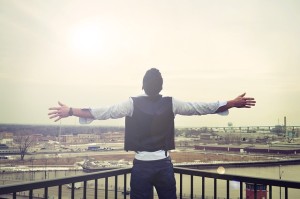 One of the things that we regularly hear from people in our community is their concern that getting sober means the end of any ‘fun’ whatsoever. They equate a sober lifestyle with boredom, and a future lacking friends and excitement.

Of course, they are making the assumption that alcohol or their drug of choice has created the only platform for fun and excitement. So what is one to do when that platform is gone?

Probably the best way to illustrate this is to give you an idea of what it looks like. Now, I know that sobriety can be a daily struggle, and I’ve personally seen it torment my family and some of my closest friends.

Addiction almost destroyed the life of one of my closest friends “Tom” until he found what his new platform could be.

Tom had experimented with heroin, cocaine, ecstasy, alcohol and several other substances as he was going through college. As a young adult and into mid-life, his experimentation evolved into an addiction that would ruin his life.

At the height of his addiction, he was in a downward spiral and even contemplated moving to Prague so he could have easier access to the “best drugs ever”.

Tom lost his marriage, job, and himself. After years of struggling with the disease, he finally hit bottom and chose to take back control of his life. He finally chose to fight this demon and others to live. 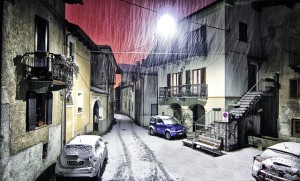 This was about two to three years ago. Now, I must say that Tom was a lot of fun before the addiction really took control. He had always been a very sociable person, and he still is. His sharp wit and vibrant personality always made him the life of the party. Tom is truly one who needs to be around other people because it helps give him life.

However, being sober for the past few years, he does not want to put himself in situations that can trigger a relapse. Hence, the bars are out, tailgating is out, dancing is out, the kegger after a flag football game is out, and the “everything that is fun and worth living for” is out.

So, what does one do to socialize with people, have a raucous fun time, and stay sober? How do you avoid the same crowd you use to run with while barhopping in a blacked-out stupor and snorting lines in the bathroom? Tom had to make some changes.

It was imperative that he find a new set of friends and a core group of friends that could understand the frustrations and pressures of trying to stay sober for just one more day. This raises the question of where does he go to socialize sober?

After all, Tom is sober not dead. It really started to click for him when he decided to stop mourning his old life and start embracing his new life. 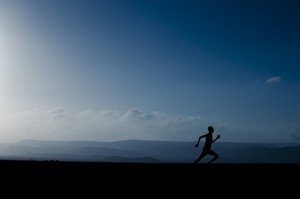 Tom has led and continues to lead a very active life. He is into most everything. He bikes, loves music, hikes, works out and rarely misses the local college football games. Fortunately, there are sober options for all of these events and virtually any other activity in which a person can be interested.

Tom has uncovered a multitude of activities where he has met some new and amazing friends. In fact, he even found a “dry” bar [1]. It is a jazz bar where they serve non-alcoholic cocktails like cranberry sours, Tai tea splashes, and passion fruit sodas. It is a new concept, but Tom says it is really enjoyable and the atmosphere is “alive”.

However, “dry” bars are not on every corner. There are other activities where Tom has met some interesting people and had some amazing adventures. He recently went on a “sober vacation” [2]. Tom found a vacation company that focuses on sober getaways, and he went on a golfing cruise.

He said that it was one of the best times he had ever had in his life. Next year he plans on going to another sober vacation to the Galápagos Islands.

As I mentioned earlier, Tom is an active guy. In trying to maintain his activity level, he has discovered a sober group for hikers where they go off on two to three day camping trips. He is now working out at a gym that caters to those in recovery. He is also a part of a sober cycling group.

Tom has even been to a sober concert, well at least a section dedicated to sobriety. He went to the Coachella Music Festival where they were holding 12 Step meetings during the concert [2].

He said it was an incredible experience to attend one of the best music festivals in the country and truly experience the music with others who were clean and sober. Actually, he still talks about it today and how he has to go back next year. 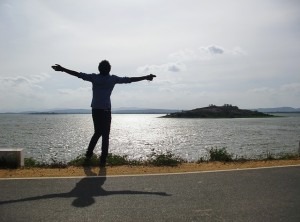 The point to all of this is that life does not have to be some ho-hum, stuck in the doldrums existence when you become sober.

You are sober, clean and alive, finally fully alive after stumbling through life in a drug induced coma.

Life is out there to be seized and lived. Just by doing a few online searches and relying upon his sober network, Tom has discovered a new world full of life, adventure and friends.

Having the Best Time of His Life

He often tells me that he is having the best time of his life, and that is saying something since he has always lived an intense and adventurous life. The best thing for Tom is that he is able to give back to those who are struggling and they are in turn able to support him and give him renewed strength.

So, how does one socialize sober? You go out and find the things that you love to do and odds are that there is a sober group or gathering available. It can be as simple as an online search.

If you cannot find the sober setting that you desire, then create the sober social event yourself. You can still live an exciting and fulfilling life clean and sober with those who want to do the same things as you.

There are millions of people out there asking these same questions and finding friendship, support, and happiness in great numbers.

In what ways have you found to socialize sober? Do you have designated “sober” group events you attend in addition to your group meetings?