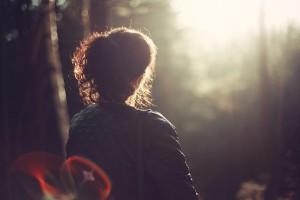 Despite the fact that the consumption of alcohol is a widely accepted behavior amongst individuals over the age of 21 in the United States, the heavy use of this substance can render people susceptible to suffering from a multitude of negative effects. How prevalent is Co-Occurring Addiction?

Worldwide it is estimated that about 2 billion people consume alcoholic drinks and that over 76 million people are currently struggling with alcohol use disorders [1]. Alcohol abuse alone is a serious concern that can lead to the development of problems at work, home, or in an individual’s social life.

Additionally, those who abuse alcohol often tend to experience a number of adverse mental effects, including insomnia, paranoia, and hallucinations. Moreover, when the abuse of alcohol coexists alongside the presence of a psychiatric illness, including bipolar disorder or another mood-related disorder, the exacerbation of such effects can be even worse.

Attempts to Self-Medicate with Drugs or Alcohol

When an individual is suffering from a psychiatric condition, such as a type of mood disorder or a disorder that involves mood dysregulation, it is not uncommon for him or her to begin experimenting with the use of drugs and/or alcohol as a means of attempting to self-medicate in order to alleviate the distressing symptoms he or she is experiencing.

In fact, research studies have found a strong correlation between the presence of mood disorders and extremely high rates of substance abuse. More specifically, it is estimated that about 20% of individuals in the United States with a current substance abuse problem have at least one independent mood disorder [2]. 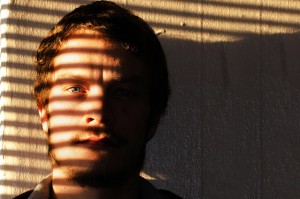 Unfortunately, this only makes the situation worse because, when an alcohol use problem or addiction occurs alongside a mood disorder, it can complicate the recovery process, as well as lead to a whole host of additional problems.

When combined with alcohol, mood-related disorders, such as depression and bipolar disorder, can increase feelings of hopelessness and will put an individual at an increased risk for suicidal ideation.

Furthermore, the addition of alcohol can enhance the severity and the duration of many common mood disorder symptoms, including excessive irritability, persistent aches and pains, and decreased energy.

How to Treat Co-Occurring Addiction and Mental Illness

When an individual is struggling with both a mood disorder and alcohol use disorder, it is extremely important to treat both disorders simultaneously. If this does not occur, and if only one is treated, the individual will not be able to fully recover.

Ultimately, the treatment process for a mood-related disorder with a co-occurring alcohol addiction will ultimately depend upon the specific disorder. However, generally speaking, treatment aims to address the underlying disorder while also implementing the methods are needed to help the individual overcome their addiction to alcohol.

There are many different types of treatment options available for individuals who have been diagnosed with a mood and are also struggling with alcohol abuse problems. 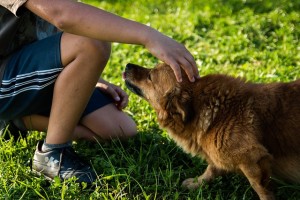 In most cases, the treatment programs that tend to be most effective are those that implement individualized treatment plans in a well-structured, safe environment where an individual can place all of his or her focus on becoming well again.

Furthermore, these types of programs allow patients to have around-the-clock supervision and access to mental health professionals, addition specialists, and medical staff.

For those who have become physically dependent upon alcohol, they will need to complete the detoxification process in order to remove all substances from the body before true engagement in the therapeutic process can begin.

Medication also plays an important role in the treatment process as they can help the withdrawal process be more comfortable while also helping to manage the symptoms associated with the presenting mood disorder.

Furthermore, throughout the therapeutic process, most treatment programs will have patients partake in a variety of therapeutic interventions, such as individual, group, and family therapy, which will allow them to develop the skills needed to not only achieve recovery but also maintain it for the long-term.

“How Alcohol Affects Mood Disorders” was written by San Juan Capestrano Hospital clinical team member Lauren Hardy, MA. Lauren has several years of experience in the treatment field as a research analyst at Vanderbilt University and has her Master’s degree in Counseling Psychology.

San Juan Capestrano Hospital has been a leading provider of mental health and substance abuse treatment services in Puerto Rico since 1988. With multiple locations across the island, San Juan Capestrano Hospital strives to offer an environment of care, protection, and compassion so that individuals who are struggling with behavioral, emotional, and/or chemical dependency concerns can find hope and lasting recovery.