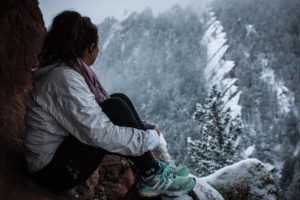 It might be difficult for some people to understand the strong appeal that the stimulant medication Adderall has on an individual. The keyword, however, is “stimulant.” The effects that any stimulant has on the user can be extreme in seemingly the most positive of ways, especially for women, sadly leading to adderall addiction.

Designed to treat one of the most commonly known mental illnesses, attention-deficit/hyperactivity disorder, or ADHD, this prescription medication has clinically positive effects on people who are truly inflicted by symptoms of the disorder. For people who do not suffer from the symptoms of ADHD, however, the effects are not clinical, but rather pleasurable.

One reason why women are known to initially begin taking Adderall is due to the fact that it is known to cause weight loss as it can cause a drastic decrease in appetite. It provides individuals who do not struggle with ADHD to not only gain the ability to become hyper-focused on any tasks that may need to be done, but it also provides bursts of energy.

Their metabolism speeds up and so when they do eat, it is quickly metabolized, reducing weight gain. It is easy to see how this can be appealing to women who are constantly on-the-go because by simply taking a couple of pills, they are suddenly able to rid themselves of any fatigue, focus on multi-tasking, and lose weight in the process.

Also, for women who are working mothers, this can be a benefit in that they find it easier to juggling their work responsibilities while keeping up with the daily activities of their children and still take care of everything that needs to be done at home.

According to an article written by Charlotte Andersen on the epidemic of women abusing Adderall, women have referred to Adderall as being a “wonder drug” for losing weight and for providing them with the ability to quickly accomplish everything on their to-do list [1].

Lengths Addicts Will Go To

However, Adderall is a controlled substance, which means that it can only be obtained by a licensed doctor or dentist. In other words, the drug cannot be obtained legally without a valid prescription from a qualified professional. Yet an astounding number of women who find themselves addicted to the substance have acquired the drug without a valid prescription. There have been reports that women have paid as much as $30-$40 for a very small dosage of the medication because their cravings have become so strong.

In order to obtain Adderall without having to go through alternative routes, women have also been known to do research on the symptoms of ADHD in order to make an appropriate presentation to a doctor. Unfortunately, individuals can easily learn what to say in order to get a diagnosis of ADHD simply so that they can get a legitimate prescription for the pills. Women have actually reported getting what they referred to as “step-by-step instructions” from other women who have successfully convinced their own doctors that they are struggling with the symptoms of ADHD. 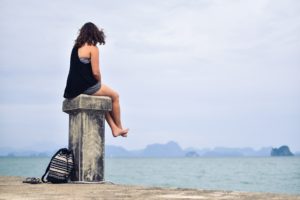 Even more disturbing, there are mothers who will take similar steps in order to get their children a diagnosis of ADHD so that they can then abuse the medication prescribed to their child. Some women with children who have already been given a diagnosis of attention-deficit/hyperactivity disorder, have admitted to taking one of their children’s Adderall pills because they had several things to accomplish but were lacking the energy to do so.

At the time, these women reported that they believed it would be a one-time thing, but ended up finding themselves addicted to the potent effects of the medication. These women made comments about how they felt like “supermom” with all of the things that they were able to accomplish while on the medication [2].

The Dangers of Adderall Addiction

In 2010, Dr. Ronald Ricker and Dr. Venus Nicolino wrote an article for The Huffington Post’s Healthy Living Blog stating that Adderall is the most abused prescription drug in America. They wrote that the abuse of Adderall had increased by nearly 200 percent in recent years, calling it a “very, very” addictive drug, often seen as a gateway drug to illicit substances like cocaine, heroin, and ecstasy [3].

Many of these women find that the effects of Adderall are so positive, that they do not realize the major health problems that they are putting themselves at risk of developing cardiovascular problems. Disrupted heart rhythms and increased blood pressure are the most common health problems, but other potential side effects can include dryness of the mouth, chronic headaches, and insomnia. It is also possible to overdose on Adderall, which can cause seizures, comas, or even death.

Because of the highly addictive potency of Adderall, coupled with the severe health consequences that such an addiction can lead to, it is imperative that women who struggle with Adderall abuse receive treatment.

This blog was written by Timberline Knolls clinical team member Erica Smith, M.A., NCC. Erica has several years of experience working in the treatment field as a clinical therapist and has her Master’s Degree in Clinical Counseling Psychology from the American School of Professional Psychology.

Published on June 25, 2014
Reviewed and Updated by Jacquelyn Ekern, MS, LPC on January 11, 2021
Published on AddictionHope.com