This entry was posted in Mental Health and tagged Eating Disorder, Professional Help, Signs and Symptoms on September 19, 2016 by Team Addiction Hope. 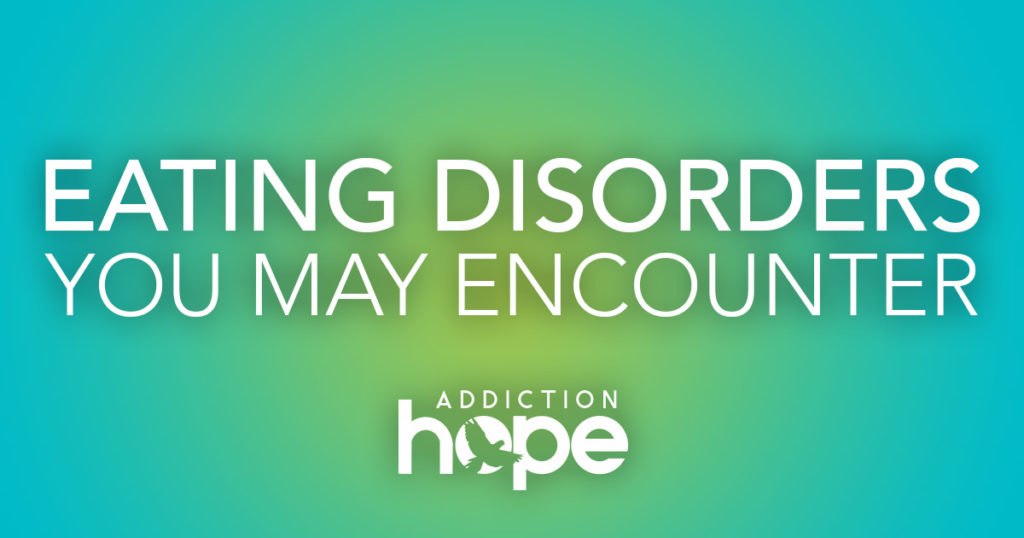 If you or a loved one has an eating disorder, it might be difficult to pin down exactly what it is. Knowing the types of eating disorders, as well as their signs and symptoms, can help you and your support network understand what you are facing. This will help you or your loved one recover more quickly and get lasting results.

According to the National Association of Anorexia Nervosa and Associated Disorders, 8 million Americans suffer from anorexia nervosa and/or bulimia nervosa. The stereotype of these disorders is that they only affect females.

With anorexia nervosa, the sufferer deliberately starves himself or herself to lose weight. Key symptoms include:

Anorexics may reject formerly favorite foods. They might weigh themselves constantly, exercise compulsively or do anything they can to avoid sitting still.

With bulimia nervosa, self-starvation is exchanged for binging and purging. Bulimics will go on binges of all food types and often report feeling out of control during an episode. It’s not uncommon to see a bulimic person binging on food items like huge sandwiches, an entire pan of brownies or heavy amounts of soda.

After an eating binge, a bulimic will purge. Vomiting is a common way to purge, but many bulimics abuse laxatives, diuretics and diet pills to get rid of food and calories.

Like anorexics, bulimics may exercise compulsively and express excessive concern about weight. Some bulimics may fast to get results, but this is not considered self-starvation.

Many people with eating disorders fly under the radar because their behavior isn’t recognized as a specific disorder. These individuals eat three meals a day but are extreme in the way they relate to their bodies and food. They are said to have eating disorders not otherwise specified (EDNOS).

EDNOS sufferers do not meet enough criteria for a diagnosis of anorexia or bulimia. For example, a female with EDNOS could meet all the criteria for anorexia, except she has a normal menstrual cycle.

A man with EDNOS could meet all the requirements for bulimia, except he does not binge and purge more than twice a week, or has not binged and purged for more than three months.

These specifics make EDNOS more difficult to diagnose and treat. However, EDNOS must be addressed because, just like its “classic” counterparts, it can lead to death.

Loved ones, physicians and counselors should watch for signs, such as:

Other Types Of Eating Disorders

You or someone you know could have a type of eating disorder different than those listed above, such as:

If you or a loved has an eating disorder, help is available. More than likely, you will have therapists and treatment programs to choose from in your area. The right treatment could help you learn to see food as a friend again.