This entry was posted in Sex Addiction and tagged Misuse, Pornography, Process Addiction, Trust on September 12, 2016 by Team Addiction Hope. 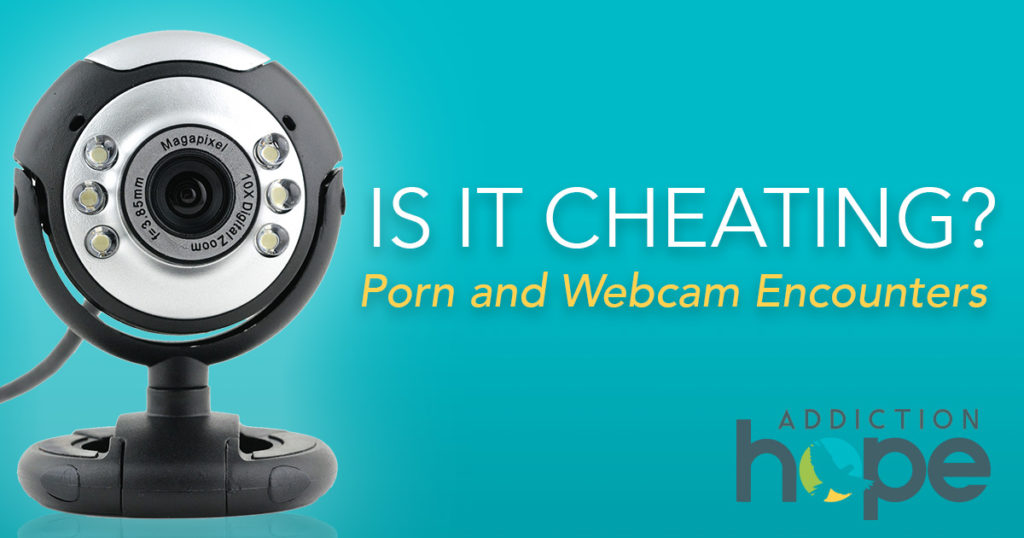 “Thou shalt not commit adultery” can be a bit grayer than the Ten Commandments indicates. Many people wonder if viewing pornography or using a webcam to facilitate sexual experiences is actually cheating. Whether you think of these situations as adultery, if you have a pornography, webcam or other sexual addiction, now is the time to seek help.

How Common Is Digital Infidelity?

Most people do not like talking about digital infidelity, but it’s more common than you think. Research indicates that between 10 and 20 percent of people who are married or in committed relationships are unfaithful. Despite stereotypes that say only men cheat, almost as many women as men commit infidelity.

Does increased computer ownership and internet access mean it’s easier to cheat? If you do not physically touch someone during a sexual situation, are you still being unfaithful to your spouse or significant other? According to many, yes.

Although the technological landscape has changed, the definition of infidelity has not. Commonly, infidelity is defined as keeping secrets in relationship. In other words, if you must hide the person you are seeing or what you are doing, you are cheating.

How Do People Cheat Digitally?

There are almost as many ways to be unfaithful as there are people who seek to do so. The Ashley Madison site hacks in 2015 devastated thousands, if not millions, of couples. Until recently, Ashley Madison’s slogan (“Life is short. Have an affair.”) blatantly encouraged cheating. It has since changed to the tamer “Find your moment.” The company has at least 16 million members, and that number continues to grow.

Ashley Madison is not the only company driving digital infidelity. “Adult friend finder” smart phone apps are increasingly common. Internet users also have access to any number of softcore and hardcore pornographic sites. Additionally, many people use Tinder, Facebook, Twitter and other social media apps to cheat. They rationalize that these sites are “social,” not porn-based, so it’s not actually cheating.

Dating sites also make it easy to cultivate secrets and lies in your marriage or relationship. Many people tell themselves they are “just looking,” especially if they are exclusively dating someone but not married or engaged. Email chats and instant messaging through these online services keep dating site interactions secret and somewhat anonymous.

People find digital infidelity attractive for all sorts of reasons. For example, Ashley Madison supplies a grid of potential affair partners as soon as you click on their photo or links. These photos are arranged so the ones farthest away (distance-wise) appear first.

Having an affair thus can appear adventurous and exotic: It means you get to travel someplace new to meet someone who finds you mysterious or intriguing. People tend to put their best feet forward on this type of site. They choose their most attractive photos and fill in their profiles with just the right details to make you want to meet them.

But It’s Just On The Computer…

Some people are attracted to digital infidelity because it’s online only. They don’t necessarily want to meet their affair partner face-to-face, so there’s less likelihood of physical complications.

An old toast says, “Here’s to our wives and girlfriends: May they never meet.” Whether you’re talking about a husband/boyfriend or wife/girlfriend, digital infidelity makes this a reality. It’s much easier to deny infidelity when it only happens via a computer screen, app or webcam.

Some people seek refuge in digital adultery because they feel unsatisfied in their relationships but are uncomfortable saying so. For example, a straight person who finds himself or herself attracted to a member of the same sex may feel ashamed and safer pursuing digital attractions. The same is true for someone who is attracted to those of a different religion, race, national origin, age, etc.

No matter how it starts, digital infidelity, addiction to pornography, and online sexual interactions can destroy your relationships. It is best to deal with the problem and get help now. Please seek a Sex Addicts Anonymous group or a licensed therapist if you’re currently in such a predicament.