This entry was posted in Uncategorized on December 13, 2014 by Baxter Ekern. 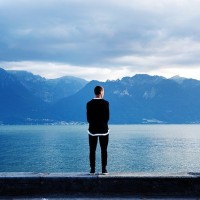 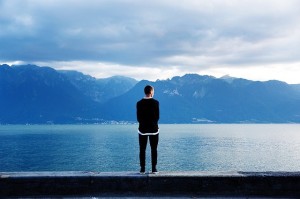 Now that Thanksgiving has come and gone, it’s time to break out the holiday sweaters and cute ornaments. It’s also time to check our bank accounts, wipe the sweat from our foreheads, take out those already stressed credit cards, and start buying gifts.

For better or worse, the holiday season is synonymous with spending money. It’s become a time to see family, stuff our faces, and watch our checking accounts slowly dwindle.

For those struggling with substance abuse, eating disorders, or other compulsive behaviors, this holiday spending can quickly become dangerous. Remember, the disease of addiction isn’t about what substance(s) someone uses. It’s about the thoughts and behaviors that made them turn to drugs in the first place.

Addictive behaviors can, and often do, manifest long before someone picks up a drink or a drug. It’s important to note the following behaviors and examples aren’t sure signs someone will grow up to struggle with substance abuse. Rather, they’re traits that appear common to many alcoholics and addicts.

Addicts have been known to take serious risks in active addiction. As a man in long-term recovery myself, I can abundantly confirm this. Looking back on my life, though, I pushed the envelope well before I found drugs or alcohol.

Compulsivity goes hand-in-hand with risk taking. It also extends far beyond simply behaving recklessly. When I was a child, my mom made twice baked potatoes that were delicious. I would eat four or five at a time. In other words, I would compulsively eat these potatoes until I felt sick.

If there’s one defining behavior of addicts, I’d wager its defiance. No one likes to be told what to do, but those struggling with addiction seem to have a particularly hard time with direction. Again, speaking from experience, if my parents told me to clean the garage, I’d argue with them for two hours. I’d argue for far longer than it would have taken to simply complete the task. 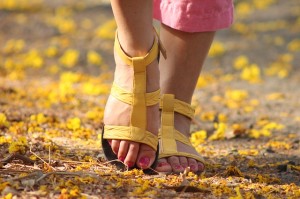 Growing up, I never felt like I fit in. I’ve heard this from countless other addicts and alcoholics as well. My solution to this gut level discomfort was to sacrifice my own identity and do what “everyone else” was doing. My identity became whatever I thought others would like.

Here we reach the crux of the article. Long before active addiction, and well into sobriety, I’ve had trouble managing money. I’ll overspend to make myself feel better. This, in my experience, is a prominent theme in many addicts’ lives.

Overspending to Fill a Void 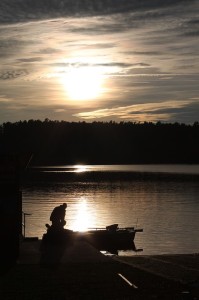 Addiction is based in repeated compulsive behaviors despite negative consequences. Spending more money than is reasonable or responsible seems to fit right in.

So, why overspend? Why spend more money, for the holidays or otherwise, than is needed? Well, that’s where addiction and overspending intersect. Buying more gifts than is necessary, or treating yourself to excessive personal gifts, is out of the individual’s control.

Now, I’m not making the blanket statement that everyone is some sort of “holiday spending addict.” That’s as ridiculous as it sounds. Rather, I think the holidays magnify compulsive behavior that’s already present in many of us, addict or not.

It’s also important to remember that holiday spending doesn’t only take the form of overspending on gifts. It can appear if someone organizes a lavish holiday party. Does anyone really need three turkeys, four hams, sixteen sides, twenty cases of champagne (or nonalcoholic sparkling cider), an entire dancehall, and a forty-piece orchestra to celebrate the holidays?

How can we help to curb holiday spending? Fortunately, there are various options, some of which are simple to implement. These include:

Go back and, based upon receipts or bank statements, tally up how much you’ve spent on the holidays for the last five years. Seeing the truth about your holiday spending habits on paper may just shake you up enough to curb spending.

Only Use Cash or a Debit Card

An easy way to avoid spending more money than you have is to spend only the money you have! I charge everything to my credit card and I doubt I’m alone in this habit. That being said, try paying for the holidays with only your debit card or cash. You’d be amazed how hard it is to overspend when you can’t overspend.

Therapy is an invaluable tool for all sorts of issues. Maybe it’s time to treat overspending the same way you’d treat anxiety or depression. The results may just surprise you.

David Greenspan is a content writer at Lighthouse Recovery Institute (http://lighthouserecoveryinstitute.com/). He received a B.A. in Communications and Sociology from Florida Atlantic University.

What are some tools you use to keep your holiday spending in check?