advertisement
This entry was posted in Addiction, Mark Gold, Medication Assisted Treatment - MAT, Research You Can Use on October 17, 2018 by Baxter Ekern.

As the war on curbing OUDs continue with rising momentum, it is also essential to take a step back and see if we are simply missing something. With all our efforts in overdose reversal and MATs, we may be leaving out an important area that was most important in the progress we have made saving lives from cigarettes.

This article, the third installment of the series, discusses in much detail the dire need to curb early initiation of substance use in the young population and to manage opioid prescribing. Both efforts can be implemented in ways that do not hamper the wellbeing of cancer and other pain patients in desperate need of pain medications.

Debilitating chronic pain is one of the most prevalent medical conditions today and falls among the most controversial and complicated to manage ailments.

In recent times, an overdependence on opioid medication has emerged in the United States due to the acute urgency of patients’ needs and proven efficacy of opioid analgesics for the management of chronic pain, especially in the face of very limited therapeutic alternatives. This trend, however, has resulted in alarming increases in overdose and addiction so much so that OUD is officially an epidemic.

Physicians over-prescribed pain medications underestimating addiction as a probable consequence. Pain was recognized as a vital sign, like pulse and respirations, and its treatment took precedence. Patients, rating their physicians in hospitals and other settings, have inadvertently encouraged more opioid prescribing.

The pharmacological industry has manufactured more pain medication that needed, promoted them as safe and trained providers to prescribe them to excess. Patients seek a pain-free existence and opioids were all that was available to fulfill that mission. 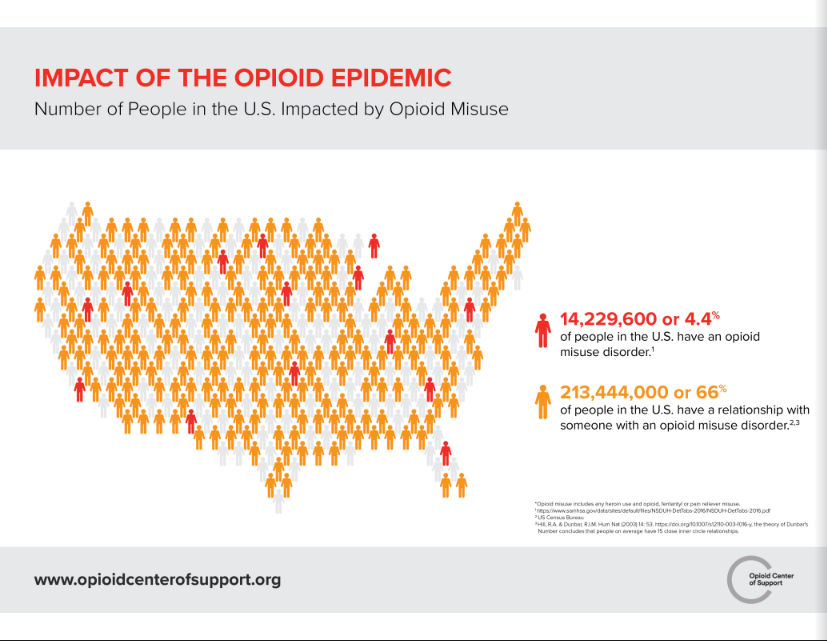 Several interventive and preventative measures have been set into motion to combat the rising opioid abuse epidemic over the years. Yet, the rates of addiction and overdoses have only continued to rise steadily throughout this time.

It is now time to think outside the box. It is now more important than ever to add prevention to the game plan and prioritize long-term prevention of the first use of opioids is crucial.

Research has proven that the prevalence of substance use disorders in adults is higher if substance use were to be initiated during early adolescence, establishing the importance of youth substance use prevention. OUD is a progressive process where use turns into misuse and abuse, as the user continues to lose control.

The Gateway Hypothesis and Importance of Preventing Early Initiation

The gateway hypothesis deems substance abuse in adolescence, even that of legal substances such as cigarette smoking and alcohol, to be able to start bad associative learning and set precedence for polydrug use in adulthood. Hence, such early learning of drug behavioral tendencies act as a “gateway” for future substance abuse disorders.

It is important to realize that substance use disorders are based on multifaceted complexities. Furthermore, the human brain’s reactions to any particular drug are vastly dynamic, and considering how it develops during adolescence and young adulthood, the developmental period of drug exposure is an important gateway to consider.

Recent data states that delaying drug use until the 20s is associated with less drug use disorders or addictions. Prevention of smoking, drinking, and drugging could be part of an overall health and wellness strategy which includes healthy eating, responsible living, and exercise. 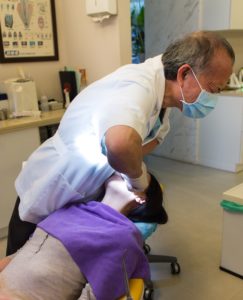 One of the more astounding and disorienting data was discovered by researchers at the University of Michigan who discovered young adolescents, aged 13 to 30, were nearly three times more likely to continue using prescribed opioids after a wisdom teeth surgery.

Of the 71,000 insured people assessed from 2009 to 2015, about 60,000 filled their opioid prescriptions after wisdom tooth surgery. Multiple studies have shown that new opioid users are at risk for continued use after elective surgeries.

Opioid prescriptions have shot up despite increased awareness, a trend highlighted in the medical journal BMJ.

As per the American Journal of Public Health, 5 million people have undergone a wisdom tooth extraction. Vicodin, a medication comprising of acetaminophen (Tylenol) and hydrocodone (opioid), is routinely prescribed by American oral surgeons after extraction.

“From our findings, we should strongly consider not prescribing any opioids routinely after wisdom teeth are pulled. Particularly since there is evidence that anti-inflammatories may be just as good, if not better, for pain management after wisdom teeth are pulled,” commented Dr. Calista Harbaugh, a general surgery resident at the University of Michigan, in an interview with ABC News.

Researchers from the American Dental Association Science Institute and Case Western University published a scientific review of studies drawing the conclusion that non-steroidal anti-inflammatory drugs (NSAIDs) alone or in combination with acetaminophen are more effective with fewer side effects compared to opioids. They suggested that dentists should “consider NSAIDs as the first-line therapy for acute pain management.”

ADA President Dr. Joseph P. Crowley stated that the association called on its 161,000 member dentists to enhance their efforts of preventing opioids from harming patients and their families. They emphasized on discovering areas where exposure to opioids could be eliminated to show long-term decrease in opioid use.

However, with a simultaneous increase in fatal overdoses and millions addicted or dependent on powerful painkillers, the majority agrees upon the reduction of the number of opioids in circulation. At the peak of prescribing in 2012, doctors wrote 282 million opioid prescriptions — enough for eight of every 10 Americans.

Yet, sometimes solutions give birth to new problems. One such unintended consequence is the increased suffering for some pain patients, including those nearing death, and hospital shortages of IV opioids. 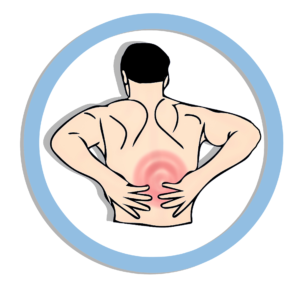 Many doctors aren’t prepared, or willing, to gradually transition patients off their opioids. Inappropriately done, such tapering can push patients to resort to street drugs like heroin or even suicide, as reported by people left with uncontrolled pain.

Opioids create physical dependence very quickly, and even patients taking the drugs for only a few weeks as scheduled may need to be gradually weaned off to avoid withdrawal symptoms that can include muscle aches, vomiting, and diarrhea, anxiety, and insomnia.

Problems arise when the vigorous limitations on access to prescription painkillers aren’t being matched with nearly the same effort to increase accessibility to non-drug alternatives to opioids like physical therapy, massage, or cognitive behavioral therapy.

Medicare and Medicaid require a certain evidence threshold for alternative treatments before the government insurance programs can cover the costs. Even when insurance does cover pain treatments that don’t involve opioids, the treatments tend to be costlier for patients. They also often involve more effort and time than simply taking a pill, a challenge for hourly workers who don’t have paid leave.

Associated risks of opioid diversion, overdose, and addiction demand a shift from previous practices to manage chronic pain. Even though there are no straightforward solutions, some policy and practice modifications are worth consideration.

Prioritization of science-supported prescribing and management practices of chronic pain is necessary. Clinical efforts to prevent addiction have to be targeted toward primary care settings where the assessment of potential addiction risks is highly recommended as a mitigation strategy.

Regular monitoring, including urine drug testing before every prescription is written, to examine the presence of other opioids or drugs of abuse can help identify the very first sign of addiction in patients. Responsible physicians should be prepared to make a referral for specialty addiction treatment if needed.

Mismanaged prescriptions lead to most cases of opioid addiction. Hence, medical schools should be encouraged to offer adequate training in pain management and at least one course in addiction. Many physicians still remain uncertain regarding the type and duration of pain medications for various patients.

Even fewer understand the pharmacologic or clinical associations between tolerance, physical dependence, and addiction. Primary care physicians need to be trained accordingly, as they are responsible for prescribing more than 70 percent of opioid analgesics. 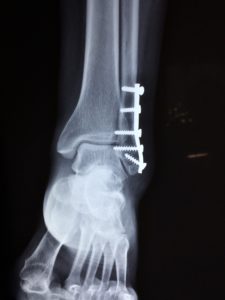 Given the debilitating nature and prevalence of chronic pain, it is only natural to focus on more extensive areas of research that are needed for improved clinical practice guidelines.

At a recent workshop at the National Institutes of Health, various such areas were discussed including differentiation of acute and chronic pain and understanding the process of how acute pain transitions into chronic pain.

Preventative measures need to be refocused toward controlling the initiation of substance abuse among the younger population to prevent future dependence issues. Early awareness and educational programs should be introduced at school and college levels to familiarize students and parents of the dangers of substance abuse at that age.

Where prescriptions are being limited, matching efforts need to be executed to provide alternative measures to avoid pain patients being collateral damage to the quest of combating opioid dependence.

Without new and powerful interventions, experts predict that there will be 510 000 opioid-related deaths (170 000 from prescription opioids and 340 000 from heroin) in the USA from 2016 to 2025. Before this prediction becomes a reality, serious consideration is due to make prevention not just common but effective as well.

What Should We Do Now to Counter the Opioid Use Disorders Epidemic? – Medication-Assisted Treatments – Article 1

What Should We Do Now to Counter the OUD Epidemic? – Improving Existing Treatments – Article 2

What Should We Do Now to Counter the OUD Epidemic? – Interventions and the Role of Drug Courts and Enforcement – Article 4