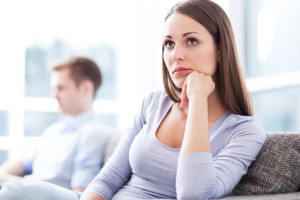 Coming to find out that someone you love and trust has been addicted to sexual behaviors can be devastating and even bring an end to the relationship.

At the same time, many couples desire to repair the relationship and restore trust. I spoke with Lilian Werner, a Licensed Professional Counselor in St. Louis, Missouri who works First Light, a non-profit organization that helps individuals and couples facing pornography, marital unfaithfulness, and sexual compulsivity. I spoke with Lilian about how couples can begin to move forward.

While everybody is different, do you see some common patterns with spouses of those who struggle with sexual addiction?

For most spouses, there is a high level of trauma.  Barbara Steffens, who has co-written a book called Your Sexually Addicted Spouse with Marsha Means, found in her study that, after disclosure, 63% of spouses met the symptomatic criteria for PTSD.  That is the same percentage as combat vets.

Most frequently, spouses don’t know about this problem, or if they do, they have been misled as to the extent of the problem. Finding out can cause disorientation, panic attacks, “trigger” responses to the computer, phone, or other reminders of acting out.  Often women experience sleeplessness, anxiety, and somatic symptoms.

Another common pattern is that of grief.  There is grief just in knowing that one’s spouse deals with sexual brokenness.  There is additional grief brought on by the losses that come with this struggle. Often there has been job loss, there are counseling costs, there are nights away from home spent in recovery groups.  Most importantly, there is a loss of trust.

As you might expect, spouses deal with anger, sadness, and also isolation.  It is very difficult for a spouse to know who to talk to, as she is also sharing her husband’s story.

Are there any identifiable stages that those spouses can anticipate likely going through in this process?

Yes, Barbara Steffens outlines them in detail in her book Your Sexually Addicted Spouse (also by Marsha Means). Loosely, there will be an initial discovery followed by a crisis where the spouse is disoriented and in shock.  Then there will be a time to work through emotional issues.  Then a time of personal empowerment, followed by integrating the trauma into her larger story and moving forward with forgiveness.  Obviously, these stages don’t occur in a neat, linear fashion, but these are the types of stages one could expect.

What role does self-awareness play for spouses?

Self-awareness plays a huge role for the spouse in understanding her response and caring for herself in the way that she needs to feel safe and to recover from the trauma.  It is also essential as the couple communicates and tries to rebuild.  If a spouse can understand her own triggers and needs, she can be much more clear with the addicted partner, and also much more able to hear and understand the struggle of the addicted partner.

I would imagine many spouses may become highly vigilant in the way they relate to their addicted spouse. How does this damage the potential recovery?

Because of the trauma related to discovering this addiction, many spouses do become highly vigilant.  For many, they count it as a loss that has entered their lives as a result of this struggle.  Where a wife used to attend a ball game or the local pool, and find it relaxing, now she is constantly aware of women who may “trigger” her husband.

Many wives find themselves wanting to check a spouse’s phone or email, despite the fact that many times such checking is causing her to act in ways she doesn’t want to act.  What is important to understand in these situations is that often it is not driven by a belief that the struggling/addicted spouse can be controlled.  Typically these are safety seeking behaviors of spouses who are trying to prepare and not be blind-sided by future betrayals.

Separate conversations need to be had as to whether these behaviors are helpful.  Most often they are not.  When trauma symptoms are adequately addressed, spouses can find other ways to deal with their anxiety, and find ways to care for themselves should they find their trust is betrayed again. 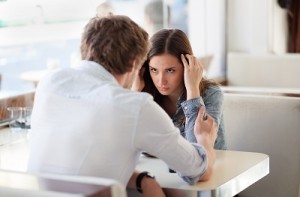 We view recovery as the responsibility of the person with the compulsive behavior.  Spouse responses may be very difficult to deal with, but the addicted person will have to be responsible for his or her own recovery.  Over time, with both spouses working on their own recovery, they can each find empathy for the other’s struggle and support each other.

The spouse who deals with sexual compulsivity can understand and empathize with the damage that has been brought to the spouse.  The spouse can understand the typically life-long struggle that the addicted person has gone through.

Certainly, there are some spouses who feel like they can never rebuild trust again. Are there any suggestions you have for someone in this situation?

Especially when lies have gone on for years, it is difficult to imagine that trust can ever be rebuilt.  First, I would encourage spouses to think of trust as something that is earned over time, and in different areas, not as something that goes on and off like a light switch.

Second, I would encourage spouses that trust takes time.  Most people notice big improvements in trust a year after the last lie.  This can be very difficult for couples to navigate.  The spouse who has entered recovery is finally feeling a sense of hope and is eager for trust from the partner.  The partner who has been harmed is often at the peak of his or her grief and sadness and cannot imagine trusting. It helps for both to realize these differing perspectives are normal in early recovery, and for both to work on their own healing as they seek to rebuild the relationship.

Can you talk a little about the balance between holding your spouse responsible and overreaching and trying to control your partner’s recovery? 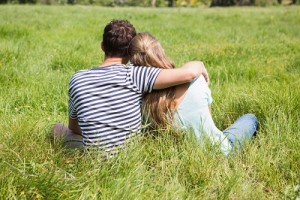 Most partners realize pretty quickly that they cannot control their spouse.  If a person wants to act out sexually, they will find a way.  As such, many efforts to check phones, install blocks, etc., are more an effort at establishing safety for the traumatized partner.

Most spouses want to know that the addicted spouse has trusted accountability partners, pastors, and/ or a counselor who understands addiction.  These people should be well versed in addiction and people that the person struggling can trust.  They should help the person be proactive in their recovery, identifying triggers and planning ahead.

Often it is helpful for the couple to check in with each other periodically to talk about what is being learned in recovery.  It is also helpful for the spouse to clarify what she would want to know in terms of slip ups.

Typically the addicted partner would share with his or her accountability partner first, so that any disclosure of acting out is a time to talk through the spouse response, not to help the addicted person process through what happened.
Can you recommend any books or resources on this topic?
Your Sexually Addicted Spouse by Barbara Steffens and Marsha Means

Your Sexually Addicted Spouse, Hope for the Journey by Richard Blankenship

What has been your experience with rebuilding a relationship affected by sexual addiction?