This entry was posted in Mental Health and tagged Co-Occurring Disorder, Help, Preventing Misuse, Signs and Symptoms on July 9, 2019 by Baxter Ekern. 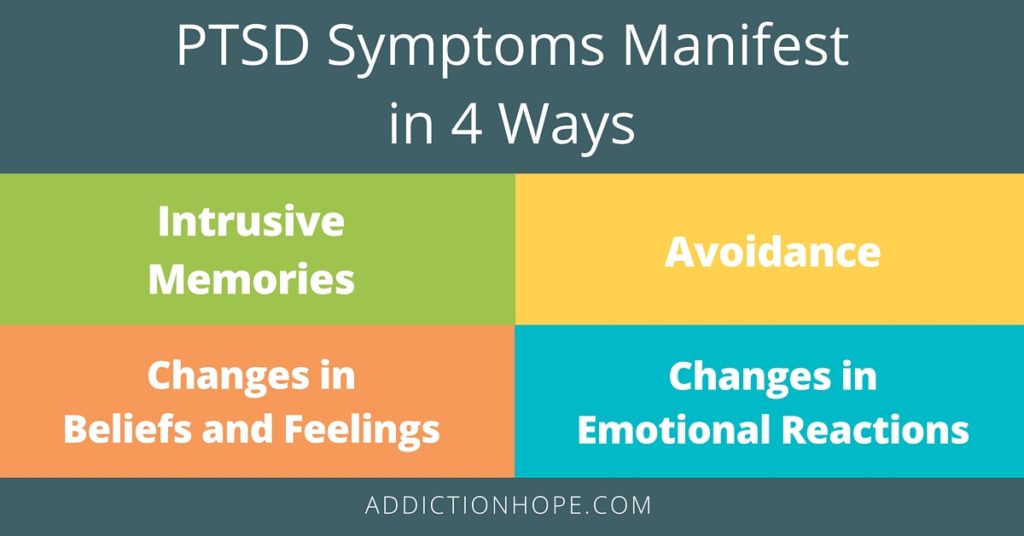 Known as the thousand-yard stare from World War I, the vacant, confused gaze of a battle-weary soldier was eventually recognized as post-traumatic stress disorder (PTSD). It was, however, decades before the diagnosis was established and understood.

Rather, Post Traumatic Stress Disorder was only recognized as a legitimate condition five years after the end of the Vietnam War. As a result, numerous veterans returning home from that war were misunderstood and persecuted while rarely receiving the help they so desperately needed.

PTSD entails a wide array of symptoms and plays an influential role in the military life.

The U.S. Department of Veterans Affairs reports that incidence of post-traumatic stress disorder among veteran varies depending on which conflict a service member was involved with.

PTSD is a severe anxiety disorder that can develop following an exposure to any psychologically traumatic event. “Psychological” being the keyword, truth is even though physical injuries usually heal in time, the mental and emotional pain associated with trauma is relentless and destructive, ultimately damaging many lives and relationships.

Survivors of traumatic events are plagued by associated memories, which often emerge randomly and disrupt everyday functioning. Nightmares and flashbacks are common occurrences, and a person may find themselves reliving the traumatic event due to an environmental trigger, such as certain smells, persons or sounds.

The person avoids thinking about or speaking of the event. For example, an individual may cease driving altogether due to being in a terrible accident. Another person may avoid leaving the house after dark, for that was when they were mugged.

When afflicted with PTSD, the person’s worldview slowly alters from positive to negative. The belief that people cannot be trusted, and even their own selves in extreme cases, can result in broken relationships. The person feels emotionally numb, hopeless and rarely enjoys pleasurable activities.

The person remains in a state of hyper-arousal, always alert for danger. Sudden anger and irritability become a norm. Difficulty concentrating and insomnia is common. Self-destructive behaviors, such as consuming too much alcohol, grow in frequency.

PTSD In the American Military

American soldiers, men, and women alike are many things: Each is brave, patriotic, courageous, and even fearless. But, more importantly, they are human, with feelings and emotions just like everyone else.

Although any war, by definition, is bad, modern combat is particularly gruesome. Soldiers witness unimaginable atrocities committed against other people including women and children. It is no wonder that even the best of soldiers often return home highly traumatized.

Although approximately 50 percent of returning service members seek treatment for mental health conditions, only slightly more than half of this group receives adequate care.

This struggling population often turns to alcohol, prescription drugs or street drugs to seek an escape from the pain and psychological stress. In fact, two out of every 10 Veterans with Post Traumatic Stress Disorder also have substance use disorder (SUD).

High incidence of mental health conditions, traumatic brain injuries and chronic pain further exacerbate the risks of SUD in veterans. With this particular group of people, such behavior often leads to homelessness and suicide.

The worst outcome of PTSD, namely suicide, rose drastically among veterans. Between 2005 and 2009, more than 1,100 members of the Armed Forces took their own lives, an average of 1 suicide every 36 hours. The Army’s suicide rate reached an all-time high in 2012.

In 2016, the suicide rate was 1.5 times greater for veterans than for non-veteran adults, after adjusting for age and gender. 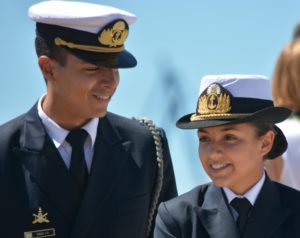 For those who remain in the military, the greatest factor regarding the lack of treatment is stigma. Unfortunately, throughout the military, psychiatric issues are perceived differently than physical problems. This means that those with PTSD often suffer in silence, believing that if counseling is requested, they will be seen as weak, their leaders will treat them differently and fellow troops will lose confidence in them.

Just as this shame must be mitigated, so must the overriding perception that those with PTSD must suffer endlessly and never return to a normal, productive life.

The treatment of Post Traumatic Stress Disorder is multidimensional, often including both therapy and medications. Treatment is recovery oriented, which focuses upon the Veteran’s needs and preferences in order to help them fulfill their personal goals and live meaningful lives. Many therapeutic approaches have been successfully utilized in treating PTSD, including:

VA has launched Make the Connection, Strong at the Broken Places, and About Face—campaigns that aim to help Veteran’s feel comfortable talking about PTSD and seeking help if need be.

PTSD is not a disease, it is a disorder – a completely understandable and reasonable condition when any person has experienced the horrors of war. There is no shame in needing help. The only shame is not getting the help you need.

The American military and Veterans Affairs continue to work hard on finding better treatment plans and screening tools to combat PTSD and empower traumatized veterans. As Secretary of Veterans Affairs, Eric K. Shinseki stated, “This nation has a solemn obligation to the men and women who have honorably served this country and suffer from the often devastating emotional wounds of war.”

Published on July 9, 2019
Reviewed and Updated by Jacquelyn Ekern, MS, LPC on January 12, 2021
Published on AddictionHope.com