This entry was posted in Research You Can Use, Vaping on November 22, 2018 by Baxter Ekern. 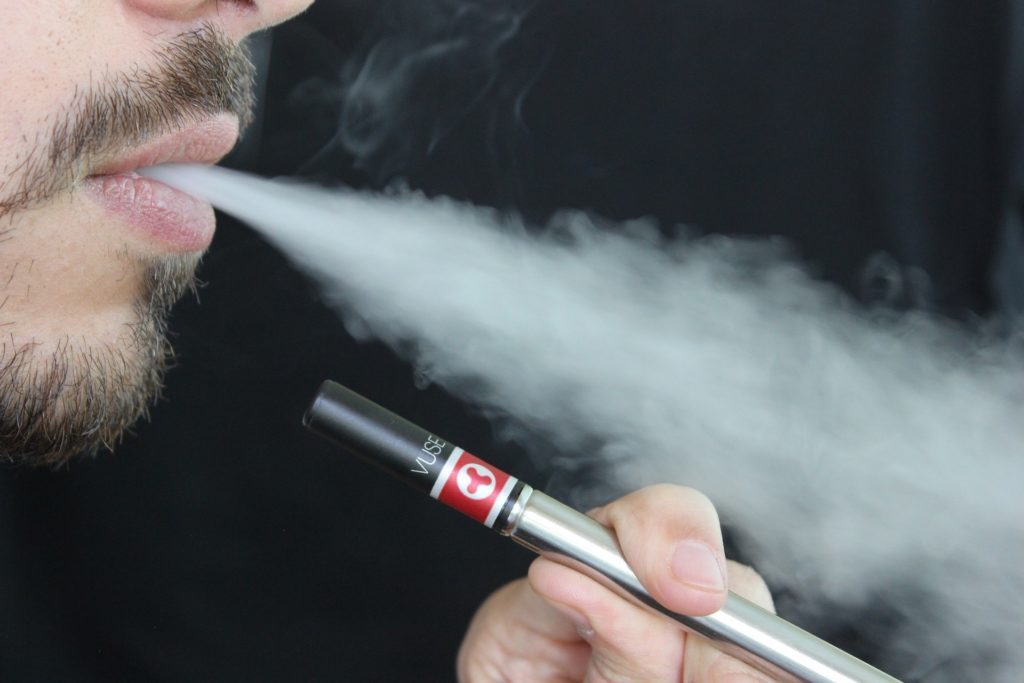 E-cigarettes are battery-operated devices that emit doses of vaporized nicotine, or non-nicotine solutions, aimed at providing an identical sensation to inhaling tobacco smoke, without the smoke. These claim to help bypass many of the health risks associated with tobacco smoking, offering a more healthful alternative to cigarettes. A small experimental study, recently published online in the journal Thorax, revealed that e-cigarette vapor produced inflammatory chemicals and disabled key protective cells in the lungs.

E-cigarettes, or vaporizer cigarettes, have been marketed as a means to stop or reduce smoking. However, “vaping” has in recent times emerged as the most popular form of tobacco use among teenagers in the United States as e-cigarette use rose by 900 percent among high school students from 2011 to 2015. In 2016, more than 2 million middle and high school students had tried e-cigarettes. Regarding those 18 to 24 years of age, 40 percent of vapers had not been smokers prior to using the device.

A growing body of research suggests that vaping may be addicting and hazardous in other ways as well. In 2016, the U.S. Food and Drug Administration started to enforce rules about the sales, marketing, and production of these products.

The study revealed that vapors adversely affect the activity of alveolar macrophages, protective elements that inundate or eradicate dust particles, bacteria and allergens that may have eluded the other defensive mechanisms of the respiratory tract.

For this study, a mechanical system was specifically designed to mimic vaping by producing a condensate. The researchers extracted alveolar macrophages from lung tissue samples of eight non-smokers who had never had asthma or chronic obstructive pulmonary disease (COPD). A third of these cells were exposed to plain e-cigarette fluid, a third to varying strengths of the artificially vaped condensate with and without nicotine, and a third to nothing for 24 hours. 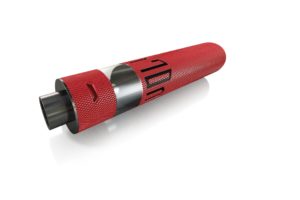 The condensate was noted to be significantly more harmful to the alveolar macrophages than the electronic cigarette liquid as the condensate produced a greater reduction in viability than the normal liquid. In fact, the viability of the samples was maintained better in a nicotine-free environment indicating that even though vaping considerably increased the cytotoxic potential of the e-cigarette liquid, much of this cytotoxic effect was dependent on the volume of nicotine.

Furthermore, the ability of cells to eliminate bacteria was significantly impaired when exposed to the vaped condensate. However, treatment with an antioxidant restored this function and helped reduce some of the associated harmful effects.

E-cigarettes are likely to be harmful to your lungs

It was concluded that the vaping process in itself can harm the vital immune system cells, at least under the proposed laboratory conditions. Lead author, Professor David Thickett, explained exposure of macrophages to the e-cigarette vapor condensate initiated similar cellular and functional changes in the functioning of these cells as seen in cigarette smokers and patients with COPD. Thickett continued to express his concern regarding “an agenda to portray e-cigarettes as safe,” as renowned tobacco giants have bought many e-cigarette companies.

Even though e-cigarettes may technically be safer than traditional cigarettes, they are still harmful in the long-term and further research is necessary to corroborate these concerns. This is the first study of its kind to highlight the human alveolar macrophage responses to condensates of vaporized electronic cigarette fluids. The study succeeded in confirming that vaping exacerbates the cytotoxic effects of ECL, initiating both cellular apoptosis and necrosis. 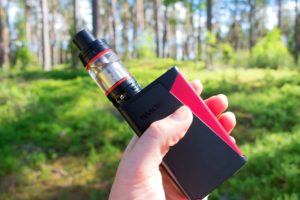 Several other studies have assessed the fluctuations in the composition of e-cigarette vapor and have identified several various chemicals that could be toxic, including free radicals, particulates, formaldehyde, nitrosamines, volatile organic compounds, and polycyclic aromatic hydrocarbons.

What’s even more important to acknowledge is that the levels of several of these toxicants reportedly increased post-vaporization, owing to the heat and/or voltage generated by the battery in e-cigarettes. Other variables such as nicotine content, the ratio of humectants, the energy utilized in the vaporizing process and the temperature attained, all affect the constituents of the vapor produced.

Such an array of various studies supported the hypothesis that e-cigarette usage may lead to increased or more serious respiratory tract infection. However, there is a dire need of further community-based studies to assess the effect on lung health of e-cigarette users fully. Meanwhile, researchers suggest practicing continued caution against the widely popular belief that e-cigarettes are a safe alternative to regular cigarettes.