advertisement
This entry was posted in Recovery & Support on March 31, 2015 by Baxter Ekern. 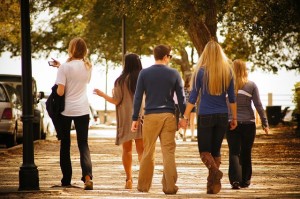 Residential treatment for an addiction, mental health problem, or behavioral disorder can be a life-changing (and, in many cases, a life-saving) experience. But in the vast majority of cases, the residential phase is just the first step in a lifelong journey of recovery.

To continue the progress that a patient made while in residential treatment, his or her continuing care plan may include elements such as regular appointments with a counselor or therapist, check-ins with community-based services, and participation in a support group such as Alcoholic Anonymous (AA), Narcotics Anonymous (NA), or a similar organization.

The Esteem of Anonymity in Support Groups

As the names of many support groups suggest, the concept of anonymity is held in high esteem. The concept of the “anonymous” support group can be traced to the mid-1930s. In the early days of AA, anonymity was stressed for a variety of reasons, including to counter the stigma that was still often attached to alcoholism and to protect the organization from members who either reflected badly upon the organization or attempted to capitalize on their participation.

The final two of AA’s Twelve Traditions clearly address the concept and importance of anonymity: 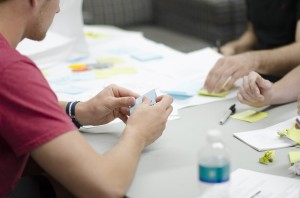 Through the decades, anonymity has become a core component of many support groups, primarily as a way to protect participants and to establish a “level playing field” among everyone in the group.

By stressing anonymity outside the group, and by referring to members only by their first names during meetings, issues such as titles, professional positions, and other indicators of socioeconomic status are avoided.

Within the confines of the meeting room, all participants are equal in their struggle against the illness, disorder, or issue that prompted them to seek support.

Support groups are designed to be safe spaces, wherein participants can feel free to discuss extremely personal thoughts, feelings, actions, and experiences without fear of being judged or exposed to public ridicule.

Avoiding the Problems of Identity in Support Groups 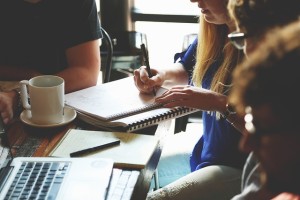 In response to a New York Times article questioning the continued value of anonymity in 12-step support groups, Forbes contributor Victoria Pynchon addressed the value of anonymity and alluded to the problems that could occur should that standard be abandoned:

“In the age of confessionals, Alcoholics Anonymous has remained one of the few places where the CEO of Exxon could freely mingle with the janitorial staff over at Google, without wearing their markers of authority on their sleeves and without fear of exposure.

“And though the shame of the status alcoholic or drug addict may be narrowing to a vanishing point, the activities in which the afflicted engage at the height of their disease are not events anyone would be happy revealing [in the media or on] Facebook or Twitter.”

Avoiding the Damage of Revelations

In a post on the website Salon, writer Mary Elizabeth Williams expressed similar support for continued anonymity, and note the great value that anonymity provides to those without the socioeconomic power to withstand the damage that revelations of addiction could inflict upon them:

“For some, the idea of being secretive about a group that says ‘you’re only as sick as your secrets’ seems contradictory. But for plenty of men and women trying to get sober, the stigma of substance abuse remains a genuine concern. Not everyone has the freedom of an Eminem to write an album called ‘Recovery’ and sport an AA triangle at the Grammys.

“Not everyone has the clout of Russell Brand, who has mirrored his famous bouts of excess and subsequent sobriety in ‘Get Him to the Greek’ and ‘Arthur.’ For others, there are profound social and career repercussions. If you’re a schoolteacher or a doctor, maybe you don’t want your colleagues and clients to know that a year ago, you were getting obliterated before work.”

Support Groups as a Part of Recovery 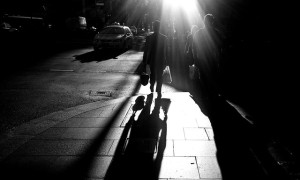 For most people who are in recovery, anonymous support groups can be essential to their continued sobriety.

In addition to providing access to others who are experiencing similar struggles, anonymous support groups offer a safe space to share stories, learn from the experiences of fellow group members, and be of service to others.

The power of group counseling and therapy, and the importance of establishing safe spaces for open and honest discussion of recovery-related issues, are made evident at effective residential treatment programs.

By completing residential treatment, men and women alike join a vibrant and supportive community of recovery, where both professionals and peers are united in the effort to help them overcome the obstacles that are preventing them from living healthier, happier, and more satisfying lives.

“Anonymity in Support Groups” was written by StoneCrest clinical content team member Hugh C. McBride. Hugh has several years of experience researching and writing on a wide range of topics related to behavioral healthcare. He has a Bachelor of Arts degree from Grove City College.

Published on March 31, 2015
Reviewed and Updated by Jacquelyn Ekern, MS, LPC on January 8, 2021
Published on AddictionHope.com