This entry was posted in Uncategorized on September 6, 2014 by Baxter Ekern. 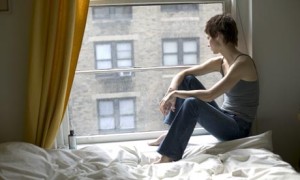 Mother Teresa once said: “The biggest disease today is not leprosy or cancer or tuberculosis, but rather the feeling of being unwanted, uncared for and deserted by everybody.”

Loneliness is a feeling that happens even when people surround us. A college campus is a perfect example of a situation where a person can be encircled by people but still feel completely alone. Lecture halls may hold hundreds, dorms may hold just as many, and campuses may be home to thousands, but often college students still suffer from loneliness.

People who are feeling lonely often find that they keep themselves at a distance, which feeds the loneliness. People who are lonely frequently think that everyone else is doing okay while they are not. They think they are the only ones carrying a burden.

The effects of loneliness can lead to anxiety and depression, drug dependency and addiction, panic attacks, and other illnesses.

Why College Students Do Not Seek Help for Loneliness

College students are less likely to seek professional help due to lack of financial resources or embarrassment. Instead of turning to friends or family, they turn to pills or street drugs. When suffering from loneliness and subsequent anxiety and depression, it is tempting to look for a “quick fix”. Drugs deliver a false sense of comfort, which in turn allows one to temporarily feel that they are no longer lonely. It is fleeting, deceptive, unhealthy and ultimately destructive.

Prescription pain medication and anxiety drugs relieve emotional pain by offering an immediate, although temporary, pleasurable response. Street drugs offer the same; often giving a sense of euphoria and momentarily letting one forget their feelings of loneliness and emotional pain.

The Dangers of Combating Loneliness with Drug Use

What is frightening about the concept of seeking drugs to fill the loneliness that college students are feeling, is that drugs are addicting and addiction in itself is a very isolating problem. Once a person becomes addicted to drugs, the cycle perpetuates and loneliness becomes an even bigger problem as the person sinks further into his or her struggles with addiction. This makes reaching out for help even harder to do, often causing the addiction to be even more devastating and destructive.

There is research that suggests that isolation and loneliness have a clear effect on drug addiction. One particular study1, conducted by researchers at the University of Texas at Austin, sought to determine how social isolation might affect the likeliness of addiction in rats in a controlled setting.

As part of the experiment, a group of rats were isolated from their peers for about a month. Results concluded that the rats kept in isolation were much more likely to develop an attachment to amphetamines or alcohol than those counterparts that were kept as part of a group. These results may have shed light on the importance on companionship during the navigation of one’s life. 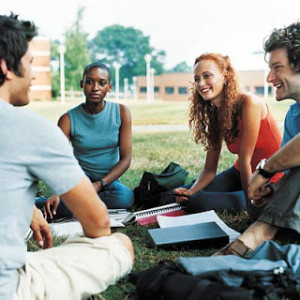 Companionship is of vital importance in the development of young minds. It is necessary as they learn, both academically and socially, that they have the support of peers and other relationships, instead of having minds clouded by the toxins of drug abuse.

Most, if not all, campuses have a student health center that provides counseling, medical professionals, or at the very least resources to these types of professionals that can help students who are suffering in any capacity, whether it is depression, anxiety, addiction or other mental illnesses.

The Importance of Getting Involved On Campus

There are activities all over campuses that cover a wide variety of interests that students should be encouraged to get involved in, even if it seems difficult or uncomfortable.

Getting involved and forming relationships is quite literally the only way to avoid the overwhelming effects of loneliness. It is crucial to the well being of the student and to their overall health that they get involved, build and form relationships and stay active in groups and activities in order to avoid the potentially life altering problems that come with loneliness.