advertisement
This entry was posted in Alcohol on September 30, 2020 by Baxter Ekern. 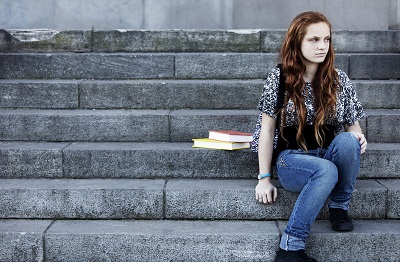 ‘Drunkorexia,’ is a dangerous phenomenon that not only poses serious and life-threatening health threats, but also significantly increases an individual’s risk of experiencing alcohol-related injuries and assault.

Twenty-one-year-old Amy has plans to go out drinking with her friends on Friday night. Amy plans to drink quite a few, but she worries about gaining weight from all the calories she’ll be drinking, so she decides to skip food on Friday in preparation for her boozy night out. She’s even scheduled a few extra workout sessions at the gym to further offset the drinks she’ll be consuming.

While Amy is a made-up character, her behaviors around drinking are not. In fact, research shows that over 80 percent of young drinkers engage in disordered eating and restriction prior to drinking [1].

Drunkorexia is a non-medical term describing individuals who restrict their food intake and/or engage in compensatory behaviors (purging, excessive exercise, etc.) to offset the calories consumed in alcoholic beverages. In other words, you eat less so you can drink more.

Drunkorexia is most prevalent among college-aged females, with one Australian study finding 82.7 percent of surveyed female university students engaged in drunkorexia behaviors in the past three months [2].

The same study revealed over 28 percent of female university students regularly and intentionally skipped meals and engaged in purging or exercise to make up for the calories consumed from alcohol. Another study found that more than half of French and American college students show symptoms of drunkorexia [3].

While males can and do engage in drunkorexia behaviors, studies show that college women are over 1.5 times more likely to restrict food intake before drinking alcohol than men are [4].

Further, while research reveals women are motivated to restrict their food calories prior to drinking in order to prevent weight gain, most men who engage in drunkorexia behaviors do so to speed up the intoxicating effects of alcohol [5].

In short, experts agree that drunkorexia seems to overwhelmingly stem from the conflicting social pressures placed on college women to get drunk and remain thin [6].

Drinking at college (especially binge drinking) has become a tradition many students view as an important part of their campus experience. A 2014 national survey found that 60 percent of college students aged 18-22 drank in the past month while 2 out of 3 of the 60 percent had engaged in binge drinking during that time [7].

Binge drinking is defined as a drinking episode that brings blood alcohol concentration levels to 0.08 g/dL, typically occurring after four drinks for women and five drinks for men in a two-hour period.

While alcohol consumption in general poses serious health risks, combining it with drunkorexia (disordered eating, restriction, and purging) significantly increases the risk of both physical and psychological problems. Some of the most common dangers associated with drinking on an empty stomach include the following:

When you skip a meal or multiple meals in preparation for a later drinking episode, you’re depriving your body of the nutrients it needs to function and survive. Over time, this practice of restricting food calories prior to drinking can lead to severe malnutrition, dehydration, and vitamin depletion (because even though alcohol may have calories, they’re empty ones, so your body is still starving for essential nutrients).

In addition, drinking on an empty stomach can cause you to get drunk much faster than you normally would, thereby increasing your likelihood of numerous health problems, including alcohol poisoning.

Further, one study found that women who restricted their caloric intake before drinking were more likely to engage in unprotected sex, more likely to experience drinking-related memory loss, and were at an increased risk of being sexually assaulted or injured [13]. On the flip side, men who restricted their food intake before drinking engaged in greater physical aggression [14].

If you think you or a loved one may be engaging in drunkorexia behaviors, seek professional help right away. While you may start by talking to your doctor, therapist, or someone else you trust, it is best to eventually seek treatment from a specialist experienced in both alcohol use and eating disorder issues. Though highly treatable, drunkorexia can cause serious and life-threatening issues, so don’t hesitate to seek help today.