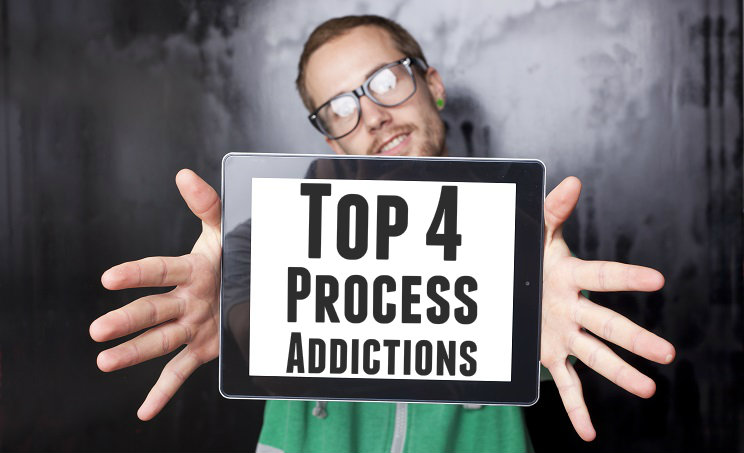 Process addictions can manifest themselves in a number of ways. Virtually every activity or behavior that triggers the release natural feel good chemicals like dopamine and serotonin can lead to addiction under the right circumstances. However, some forms of process addiction are more common than others.

Below, we’ll take a closer look at the signs and symptoms of the 4 most prevalent forms of process addiction.

A compulsive eater’s life revolves around food. They’ll eat to relieve sadness, boredom, anger, and anxiety, even when they’re not hungry. Like a chemical addiction, a food addiction operates by overriding the brain’s natural reward systems, resulting in intense cravings that the addict simply can’t resist.

Compulsive eaters will often lie about their feeding habits, both to themselves and others. They’ll stash away food to be eaten in secret, or they’ll underestimate the true amount of food they’ve eaten. This dishonest behavior only perpetuates the cycle of shame and low self-esteem, which gives way to even more eating as a form of self-comfort.

The most common physical symptom of compulsive eating is obesity, but weight gain is not universally present among food addicts. Often, compulsive eating habits are coupled with exercise addiction, or with binging and purging, especially in females. Compulsive eaters do tend to gravitate towards so called comfort foods, which tend to be poor in nutritional value, resulting in chronic malnutrition and health issues. 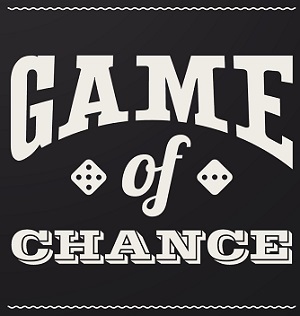 Historically, there has been a unique stigma attached to chronic gambling not seen in other forms of process addiction. Compulsive gamblers were seen as either degenerate criminals or weak-willed ne’er-do-wells. In reality, gambling addicts tend to be males from middle to upper-middle class backgrounds, and have higher than average IQ scores.

Contrary to common perception, it’s not the highs of winning that lead to a compulsive gambling, but rather the adrenalin and suspense of the gambling process. For this reason, even a gambler who constantly loses money can develop a strong addiction to the activity.

It can be hard to judge when a gambling habit transitions into a full-fledged addiction, but some of the common signs include:

When people began discussing the addictive potential of the internet back in the early 1990’s, the idea was met with mockery. Two decades later, however, researchers are beginning to change their stance on the subject. Studies are beginning to show that anywhere between 1-10% of Americans struggle to control their internet use (with some studies staring to show much higher), displaying the symptoms of other better established types of process addictions.

While surfing the internet is not inherently pleasurable in and of itself, the overstimulation of the brain caused by the rapid succession of new information can make normal activates seem dull and uninteresting by comparison.

Sexual addictions are best understood as intimacy disorders in which sufferers compulsively engage in sexual thoughts and acts. As is the case with other forms of addiction, people with a sex addiction usually have to increase the frequency or intensity of their behaviors to satisfy their addictive urges. This can often lead illegal activities, including voyeurism, prostitution, and exhibitionism.

Sexual addictions can also put a strain on the addict’s interpersonal relationships, either as a result of infidelity, contracting sexually transmitted diseases, or avoiding emotional intimacy.

Sexual addictions can be especially difficult to manage, as sexuality is an integral aspect of human psychology and physiology. Achieving complete abstinence is not only incredibly difficult, it is often an indication of other emotional disorders.

Do you think that you or someone you know is struggling with a process addiction?  Share this article with them and talk to them about your concerns in a non-judgemental tone. These types of addictions can be just as detrimental to your life as a substance addiction. Professional help is available for process addictions, take that first step and seek help.