This entry was posted in Sex Addiction and tagged Helping, Process Addiction, Signs and Symptoms on June 22, 2016 by Team Addiction Hope. 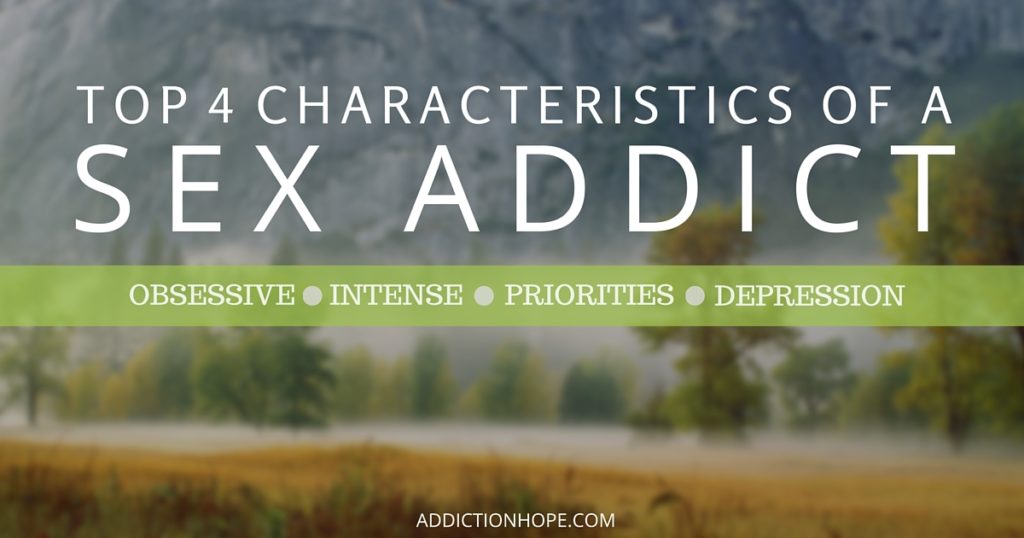 Sexual thoughts and behaviors may be a normal part of life, but for some, expressing one’s sexuality can morph into full-blown addiction. Many people enter relationships with sex addicts without ever suspecting that something is amiss, but they are left devastated when the truth comes out for a sex addict.

With a bit of education, however, you can spot several warning signs that someone might have an unhealthy relationship with their sexuality. Below, we’ll take a closer look at the top four characteristics of a sex addict.

You probably won’t be surprised to learn that sex addicts can’t control their sexual thoughts. While most people think about sex from time to time throughout the day, a sex addict’s thoughts are compulsive and can make focusing on regular activities nearly impossible. Eventually, these obsessive thoughts become the focal point of the sex addict’s life.

It can be hard to tell if someone is sex obsessed, especially if the person is a platonic friend or family member, but there are a few clues that you can look out for:

2. Their Sexual Activity Intensifies Over Time

A full-fledged sexual addiction doesn’t develop overnight. At first, the sexual behavior may be relatively normal, but over time, you may begin to notice a troubling pattern.

In the end, the sex addict may spend multiple hours every day watching the most intense or deviant kinds of pornographic videos in an attempt to achieve sexual gratification.

3. Their Sexual Behaviors Often Land Them In Hot Water

Because fulfilling sexual desires is their top priority, sex addicts will see other parts of their lives begin to suffer. For example:

Even when a sex addict’s life appears healthy, under the surface there is often a web of lies that could unravel at any moment.

4. They Experience Mood Swings And Depression

Like all addictions, sex addiction can cause a sufferer to experience wild mood swings and periods of depression. When a sex addict is in a manic state, he or she becomes consumed by lustful desires. The world melts away and the individual’s entire focus turns to sex. Once certain desires are satisfied, however, there is a corresponding crash when all of the feelings of shame and guilt come flooding in.

These mood swings can cause sex addicts to become incredibly short-tempered, often lashing out at friends and family. Because they wish to keep their sexual addiction secret, they’ll become defensive when confronted about their behavior. Even the most innocent questions and statements can incite a furious reaction from the addicts, making it nearly impossible to help them.

Do you know someone who struggles with sex addiction? If so, what kinds of personality characteristics and behaviors have you noticed? Share your thoughts in the comment section below.