advertisement
This entry was posted in Mental Health on June 3, 2015 by Platinum.

Obsessive Compulsive Disorder is a mental illness characterized by obsessive thoughts that often result in compulsive behaviors. For example, an individual may have an obsessive fear about disease or becoming ill which may lead them to compulsive behaviors, such as excessive hand washing or repeated hygiene routines.

Obsessive-compulsive disorder is classified as a type of anxiety disorder, as compulsions are often performed ritualistically as a means of seek relief from obsession-related anxiety.

Mental health disorders, such as obsessive-compulsive disorder, can commonly develop along side substance abuse. Because many of the characteristics of substance abuse and mental illness often overlap, the result can be the existence of co-occurring disorders.

An individual who is struggling with substance abuse may also become obsessive-compulsive with their drug-seeking behaviors. For example, a drug addict may feel the need to compulsively count pills, hoard drugs, or have obsessive-related anxiety about their next fix.

OCD tendencies can also exacerbate substance abuse and aggravate many user predispositions and behaviors. These two mental illnesses can interplay, making the lifestyle and behaviors complex and challenging to overcome.

Getting the Help and Assistance of Professionals 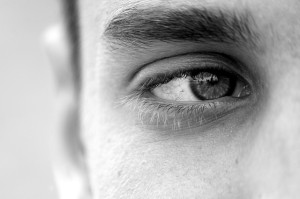 The most effective way of approaching the treatment of these mental illnesses is through the help and assistance of professionals, who specialize in the treatment of co-occurring disorders. Treatment must address the concerns of substance abuse and may involve detoxification and rehabilitation.

It will also be necessary to involve psychotherapy for addressing the obsessive-compulsive disorder as well. The treatment of these mental illnesses simultaneously can help an individual suffering with obsessive-compulsive disorder and substance abuse find true and lasting healing through this often vicious cycle. The first step begins asking for help and reaching out to someone you trust. Recovery is within your reach and can begin with the choice to become well again.

Have you suffered with and recovered from obsessive-compulsive disorder and substance abuse? What helped support your recovery journey from these co-occurring disorders?