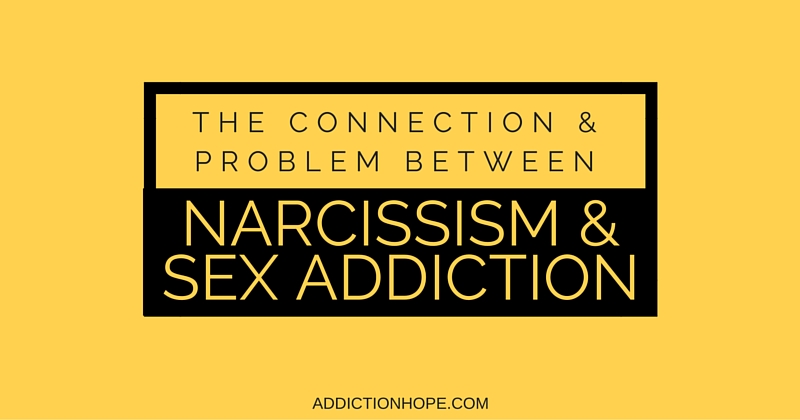 It should come as no surprise that sex addicts share a lot of personality traits with narcissists. After all, sex addicts seem to always be looking to satisfy their urges, regardless of how it affects others.

While it might appear that their actions stem from an over-inflated ego, in reality, sex addicts can develop a narcissistic personality as a defense mechanism to combat overwhelming feelings of:

Through narcissism, sex addicts experience the freedom to act seemingly however they want without the deep sense of shame that goes along with it.

The Research On Narcissism And Sex Addiction

In a recent study published in the Journal of Sex & Marital Therapy, a team of researchers set out to uncover whether there is a link between sex addiction and narcissism in both male and female sex addicts.

The research team was able to quantify the level of narcissism using three metrics:

Narcissism Is A Coping Mechanism For Sex Addicts

Now, it’s easy to fall into the belief that sex addicts are only acting out sexually for pure carnal pleasure. However, it’s important to remember that addiction is more about the desire to drown out emotional pain and escape from reality – if only temporarily.

Moments of pleasure allow the narcissistic sex addict to regain a sense of control over his or her life by exerting emotional power over others. Also, the process of seduction and the thrill of having sex serve as a distraction from the individual’s painful thoughts.

Narcissists are also constantly looking for validation from others, and having someone agree to have sex with them fulfills this need. In the end, the narcissistic sex addict’s motivations come down to power and control, not physical pleasure.

While sex addiction alone can be difficult to treat, when you add narcissism into the mix, recovery becomes especially difficult. Narcissists may put on a persona of self-confidence and superiority, but under the surface resides a fragile ego and deep sense of inadequacy.

People who score high on the measures of narcissistic personality traits also tend to display depressive tendencies. Rather than seek treatment for sex addiction, a sex addict’s depression is usually the condition that brings them into therapy.

Once the narcissistic sex addict undergoes treatment, it is the job of the therapist to address these other, related issues, as the addict will be hesitant to bring them up on his or her own.

In order to be successful, clinicians need to approach the patient with honesty, empathy and a non-judgmental attitude. Ultimately, the only way that the addict can achieve recovery is by acknowledging the condition and making an honest effort change his or her ways.

Do you believe that all sex addicts are inherently narcissistic? Share your thoughts in the comment section below.